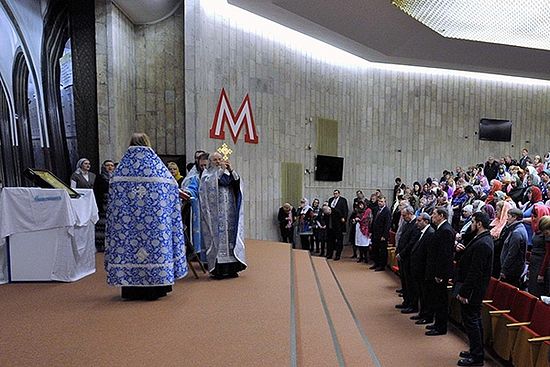 Last Friday the Myrrh-Streaming icon of the Mother of God “The Softening of Evil Hearts”, which almost continually travels around the world, visited the Moscow metro, according to the press service of the Organization behind the Icon’s travels.

About 800 workers and employees of the underground came to venerate the Icon, which had been taken to the underground's engineering team at the “Prospect Mira” station. The service before the icon of the Mother of God was celebrated by Archpriest Vladimir Volgin.

The Underground’s administration expressed its gratitude to clergy and laity accompanying the Icon, who managed to find time in their busy schedule to visit the Moscow underground. The Wonder-working icon will very shortly be setting out on another journey, this time to Italy. 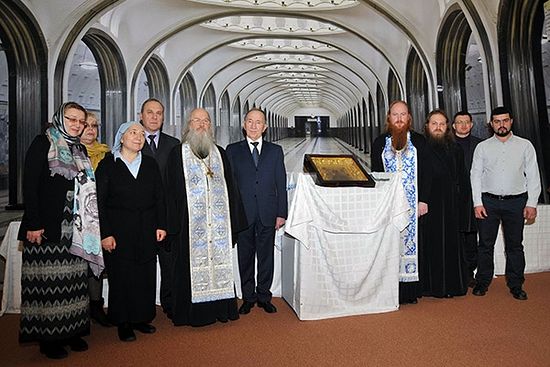