Building Your Home on Christ 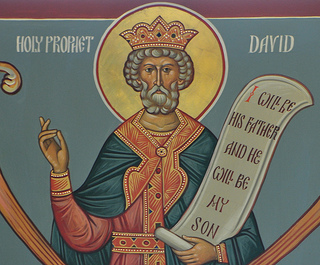 Since Theophany is the season of house blessing, here is a saying of St. John Chrysostom from a sermon he gave in which we are called upon to think about our houses. Of course, a house may not refer to the building we call home. A house can have a symbolic or spiritual meaning as well. In Orthodox biblical theology and festal hymns we sing about the “house of David,” the “house of Israel” and the “house of Ephratha” all of which are using “house” in a spiritual way and even though they also have a very real meaning which has nothing to do with one building that someone lives in. Here are Chrysostom’s words:

“If you desire ease and pleasure, seek neither; instead seek a soul full of patience and fortitude, for if you lack this, not only will the trial put you to shame, but you even more clearly will be the victim of your repose. It is not the attack of evils, but the listlessness of the mind which subverts our salvation, as Christ said: 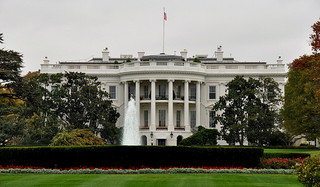 Do you understand that it was not the attack of tribulation that caused the downfall, but the folly of the builders? There was rain here and rain there, floods here and floods there; here the beatings of the winds, and there the same. The houses and trials were the same, but the end was not the same, because the foundations were different. Thus the folly of the builder, not the nature of the trial, caused the fall of the one building. This discourse relates to a soul which gives proof by its work that it hears the divine word or rejects it.” (Sermon: Patience and Fortitude, O LOGOS PUBLICATIONS, pp 4-5) 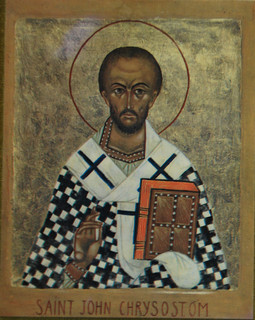 Note Chrysostom’s wisdom as he applies to our lives the parable of Matthew 7:24-27  – it is not the tribulation that causes the downfall. Both houses experience the same tribulation – one stands, one falls. All of us in this world are going to experience tribulations. We do not escape such trials just because we are believers.

Upon what are you building your house? What about the house of your soul? 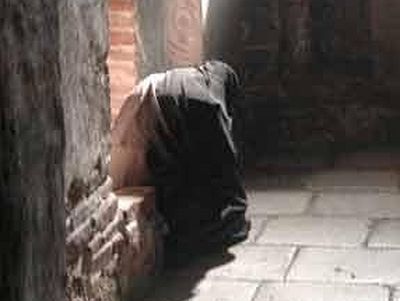 The Problem of Goodness
Fr. Stephen Freeman
Though many struggle with the so-called “Problem of Evil,” the greater moral problem is that of goodness. How do we account for goodness in the world – particularly self-sacrificing heroic goodness?

Why Sin Is Not A Moral Problem
Fr. Stephen Freeman

Why Sin Is Not A Moral Problem
Fr. Stephen Freeman
“Sin” is a word that is used frequently in a wrong manner. Thus when someone asks, “Is it a sin to do x,y, z?” what they mean is, “Is it against God’s rules to do x,y, z?” But this is incorrect. 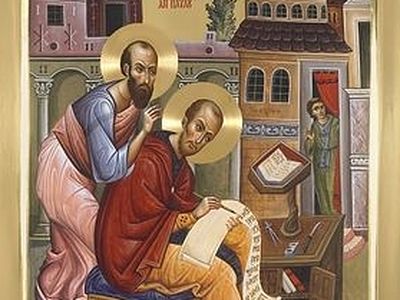 A Day in the World of St. John Chrysostom
Priest Ioan Valentin Istrati

A Day in the World of St. John Chrysostom
Priest Ioan Valentin Istrati
We live in a changing world. All around are life, death, the past, and old age, passing on from one stage to the next. People become what their parents were, children grow into youths and then into adults, the elderly depart to the earth, and all are pitilessly stalked by the specter of death.
Комментарии