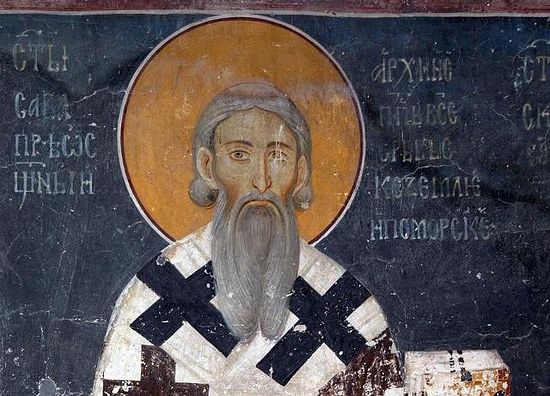 In a strange attempt to separate a patron saint from his own religion, an NGO called the Movement for Enlightened Society has protested against the celebration of St. Sava’s Day in Serbian schools, calling it a “violation of the principal of secularity,” reports news agency b92.

The NGO also protested against priests of the Serbian Orthodox Church taking an active part in the school celebrations, saying that they “stress the religious importance of the holiday.”

St. Sava, who is celebrated on his reposed day, January 27, 1236, is the enlightener of the Serbian people and considered the patron saint of schools and students.

The European Left’s War On Christianity It was an attack of unreasoning rage and unrelenting hatred on one of the world’s greatest symbols of love and peace, life and hope. 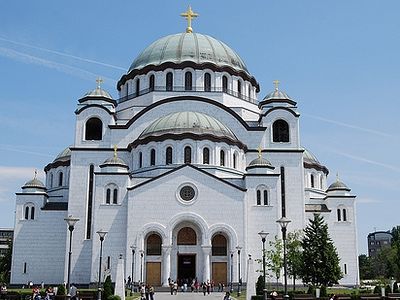 The Serbian Church calls reprinting of blasphemous cartoons “spiritual violence” According to Bishop Irinej of Backa, ridiculing historic figures who shaped the unique religious identity of hundreds of millions of our contemporaries goes beyond the scope of freedom of speech, guaranteed by law, and is absolutely inadmissible.
Комментарии
andreasmamalakis@yahoo.com27 января 2015, 23:00
NGOs are the cover for atheists and secularization and social engineering by the west. Their purpose is to brainwash and indoctrinate. The goal is the destruction of faith- particularly the Christian faith. The NGOs are cancerous for families and for healthy communities. They are the silent attack on a country or culture. Learn how they are/were used in the middle east, north Africa, South America, other eastern block countries, Russia . . . This is one tool of many that the empire uses to deconstruct and assimilate nations thereby expanding the empire's subjects and attacking Christianity. Arise O Lord and let your enemies be scattered, let those that hate you flee from before your face. Through the prayers of St Sava may Serbia be blessed and the people be gathered back into Christ' fold.