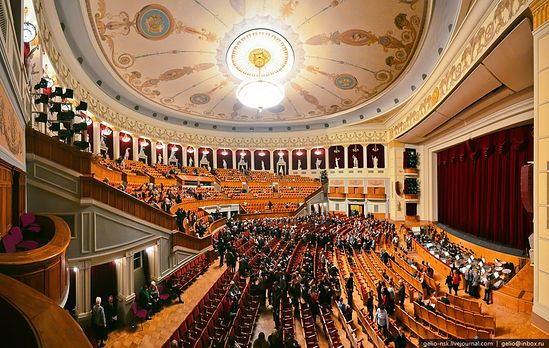 Russia’s culture minister has fired the director of a Siberian theatre, after his modern staging of Wagner’s opera Tannhauser offended members of the country’s powerful Orthodox Church.

Culture Minister Vladimir Medinsky fired Boris Mezdrich as director of the Novosibirsk State Opera and Ballet Theater on Sunday. Mezdrich had held the position in 2001 between 2008, and again since his reappointment in 2011.

Mezdrich was replaced by Vladimir Kekhman, the director of the Mikhailovsky Theater in St. Petersburg. Kekhman told the state news agency Tass that he would maintain his directing positions at both theatres.

The piece follows a hero, Tannhauser, who is initially tempted by Venus and her entourage, but is eventually drawn back to the Roman Catholic Church. 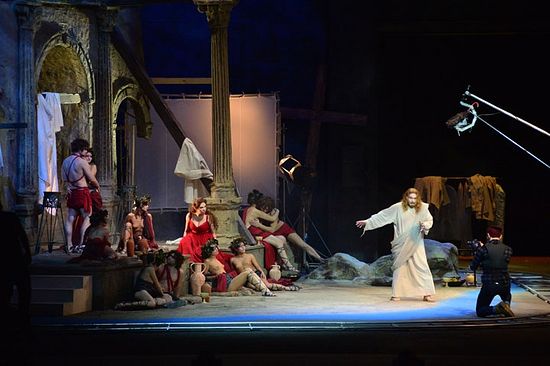 In Mezdrich's version, Tannhauser is depicted as a modern film director who makes the temptation of Venus in something that Jesus Christ endures. The show caused a further stir by being advertised using a controversial poster, which shows a crucifix between the naked, open legs of a woman.

The sacking comes after the church took Mezdrich and the director of the opera, Timofei Kulyabin, to court in February, over accusations they offended Christians with their December production. Local prosecutors threw out the case on March 10, the New York Times reported.

As controversy surrounding “Tannhauser” built in recent weeks, Russian cultural figures leant their voices to the in support of the theatre’s interpretation of Richard Wagner's 19th century opera, but to no avail. 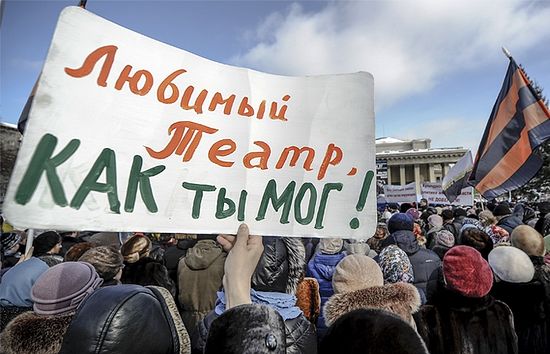 Several thousand people gathered outside the theatre in Novosibirsk, the third-largest city in Russia, as his sacking was announced, to protest against the opera they regarded as promoting the values of a decadent West and being offensive to Christians.

Protesters waved flags emblazoned with patriotic images, including some with a picture of President Vladimir Putin imposed upon the Russian tricolor and others in the orange and black stripes of the St. George ribbon. Some read: “Judas; 5th Column; Get out of the Culture Ministry” and “Let’s defend our faith in Christ from sacrilege", the New York Times reported.

A member of the crowd in told a reporter on the scene in Novosibirsk: "Orthodox Christianity is the foundation of the great Russian culture."

Previously associated with commemorations of the victory in World War II, the ribbon is used as an expression of support for the Russia-backed separatists fighting in Ukraine.

The Russian Orthodox Church has played an active part in Putin's efforts to consolidate Russian society by appealing to what are described as traditional Russian values as opposed to the liberalism of the West. 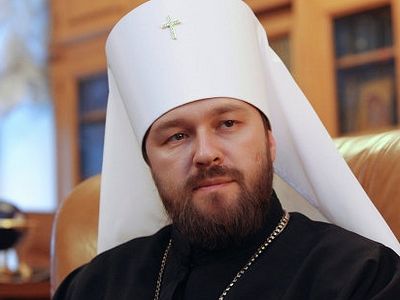 Only Russia Defends Eastern Christians – Russian Orthodox Church Russia remains the only consistent advocate of Christians in the Middle East, where "Christian communities are being exposed to genuine genocide," Metropolitan Hilarion of Volokolamsk said in an interview with RIA Novosti.

The European Left’s War On Christianity It was an attack of unreasoning rage and unrelenting hatred on one of the world’s greatest symbols of love and peace, life and hope.
Комментарии
Will Benton 1 апреля 2015, 22:00
Wow, how pleasing it is, as an Orthodox Christian living in America, to read about Russia's defense of the faith! May God save Russia, through the prayers of the Tsar-martyr! -Will Benton (neutraltechnician@gmail.com)