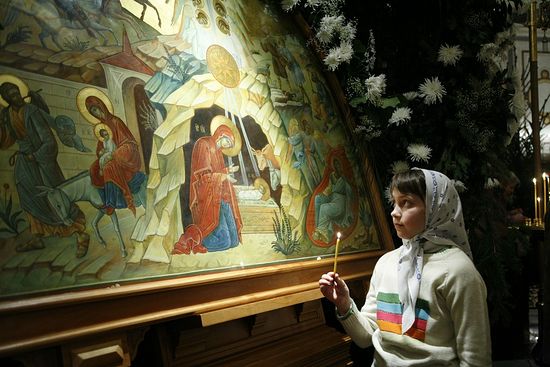 One of the most striking features of the Gospels is the frequent response of the Disciples after the resurrection of Christ: doubt. I have always been sympathetic to the doubts and hesitations that accompanied their experience during the ministry of Christ. They are almost endearing in their inability to grasp what Christ is all about. However, the same inability to grasp things afterthe resurrection seems to carry with it all kinds of difficulties. What was it about the resurrection that they could not or did not believe? A man dies and is buried. Then he is not buried and is not simply a resusitated man, but manifests and entirely new form of existence. Call it resurrection or what have you – but apparently Christ had mentioned this coming reality more than once before it happened. What was the problem for the disciples?

The problem seems to go to the very heart of things both then and now. Had the resurrection belonged to the classification of events that everyone can see, measure, study, reach “scientific” agreement about, there would surely have been no trouble. But the resurrection does not belong to some general classification. It is sui generis, its own classification.  There are many who want to speak about the resurrection as if it were a car wreck down at the corner drugstore. Whatever it was (is) it is very much more, even, indeed, something completely different – not like anything else.

And it is here, that the continuing problem of vision is made manifest. Orthodox Christian writers are wont to utter things like, “God will save the world through beauty” (Dostoevsky), or “Icons will save the world” (recently in First Things) all of which makes some people want to run away. But at their heart, such statements are trying to say something about the nature of the resurrection and its action in our world.

The resurrection of Christ is something completely new. It is a manifestation of God unlike anything we have ever known. It is Truth made manifest in the flesh – not the truth to be found in an average living man. I am 62 and I look very unlike what I did at 10. I look decidedly unlike what I will in another 100 years (you probably wouldn’t like to see that). Thus we never normally see anything in an eternal state. But the resurrection is just that. It does not belong exactly to the classification of “things created,” for it is the “uncreated” before our eyes.

And both have something to do with vision. The Gospel tells us: “Blessed are the pure in heart, for they shall see God.” I am not pure in heart but I think I may have encountered such a person. At the least I have read stories about such a person and I know that such persons see what I cannot and they see in a manner that as yet I do not.

In this sense, God will indeed save the world through Beauty. The problem is that so few if any of us have ever seen Beauty. If you had seen Beauty, then you would not disagree with the statement. It’s obvious character would be, well, obvious. That people want to argue with it (or with icons) only means that they do not or cannot see. And neither do I, most of the time.

If I could see as I am meant to see then my eyes would not see enemies nor the like. Not that others might not intend to be my enemies or want evil for me – but there are eyes that see beyond all of that and see the Truth of a person. Had I the eyes to see, love would not be an insurmountable problem but as tangible as the Resurrection itself.

And so we draw ever nearer to the Feast of the Lord’s Nativity. Every heart should prepare Him room. More than that, every heart should beg to see the Beauty, to read the Icon of the Gospel of the Nativity, to see what daily escapes our vision and leaves us blind – leading the blind. 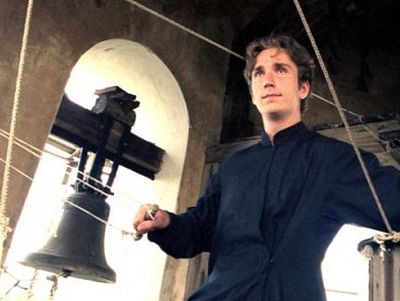 The Joy of a Life in Christ Fr. Sergei Sveshnikov

The Joy of a Life in Christ Fr. Sergei Sveshnikov Joy may be another one of those words that we use but rarely understand. What is joy? 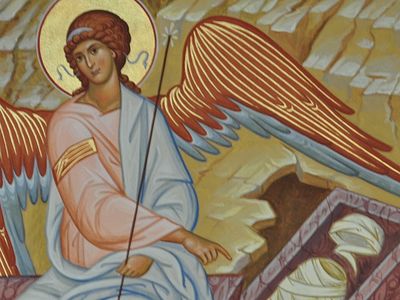 Desiring to Return Us to Paradise Fr. Ted Bobosh

Desiring to Return Us to Paradise Fr. Ted Bobosh Salvation is so much richer than the mere payment of a debt. Salvation restores our humanity to us be reuniting humanity to divinity. Christ’s desire was to bring us to Paradise, not just cancel a debt, but to save us, restore our humanity and unite us to the divine life. 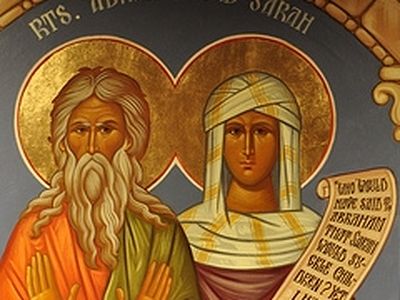 The Goal of History is the Birth of the Christ Fr. Ted Bobosh

The Goal of History is the Birth of the Christ Fr. Ted Bobosh “The entire month of December had taken on the character of a forefeast for Christmas. In this context, the theme of the original preparatory Sunday, the ‘Sunday of the Holy Fathers’ […], commemorating the ancestors of Christ ‘according to the flesh’ […], especially the patriarch Abraham, to whom the promise was first given (Gen. 12:3, 22:18), is fundamental to the whole period.
Комментарии