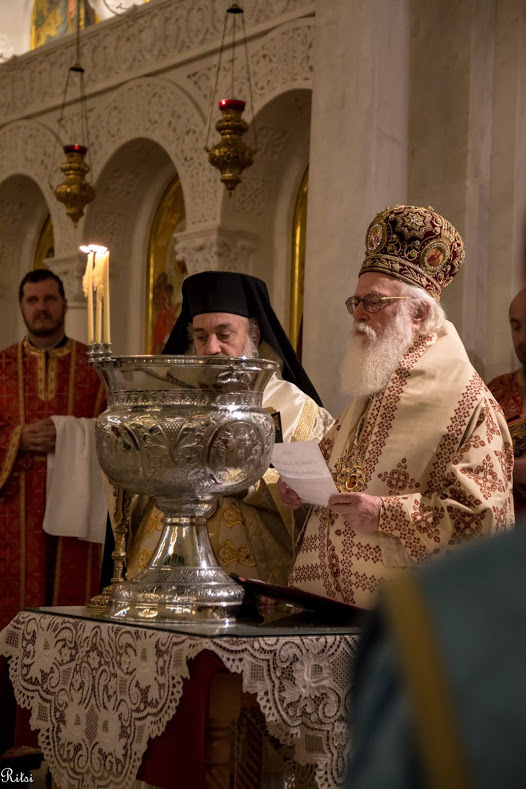 Despite the heavy rains on January 6, the feast of the Epiphany, when our Lord Jesus Christ was baptized by John the Baptist in the Jordan River thus blessing all waters and creation, the Orthodox faithful all over the country gathered in their churches to take part in the Divine Liturgy and to follow the service of the Blessing of Water. Afterwards, they took the water to their families as a blessing for the entire year.

In Tirana, the services were conducted by Archbishop Anastasios, assisted by Bishop of Amantia, Nathaniel and Bishop of Byllis, Asti, as well as the clergy of the capital. The downpour of rain did not stop the faithful from filling the church, but made it impossible for the litany to take place. It was planned to be accompanied by the town band and then to proceed with the throwing of the cross into the fountain of the "Taiwan" complex.

In Durres, the services were performed by His Grace Nicholas and the clergy of the town in the "Apostle Paul and St. Asti" Church. Then they went outside and accompanied by the town band and hundreds of believers, they turned to port quay No.4, where they threw the cross into the Adriatic. Four young men dived into the cold water and the cross was retrieved by Giulio Arapi, a student at the Theological Academy "Resurrection of Christ."

In Elbasan, Epiphany was celebrated in both Orthodox churches. In the church of St. Athanasius, the Divine Liturgy was conducted by Bishop of Kruje, His Grace Anthony, who threw the cross into the nearby fountain, while in St. Nicholas Church the services were conducted by Fr. Stavri and Fr. Heliodori. Then the cross was thrown into the pool of the "Ajek" complex. 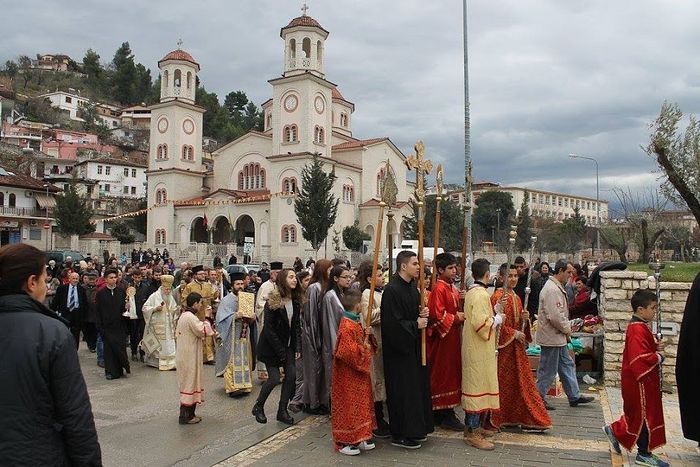 As every year, this feast was celebrated with grandeur in Berati,the town of ancient Orthodox traditions. The services were conducted by His Grace, Ignatius, in St. Demetrios cathedral and then the litany followed, with the participation of thousands of believers and people of other faiths in town, who finally stopped at Gorica Bridge. It was from there that the Metropolitan threw the cross into the water. Despite the strong current due to heavy rains, twelve boys dove into the river and the cross was caught by a young man, Mr. Ilia Karabina, who by custom would take it to every home in the town as a blessing. The event was attended by representatives of local government, MPs etc.

In Fier, the cross was thrown into the fountain at the town square in front of hundreds of Orthodox believers. It was retrieved again by Athanas Davidhi.

In Vlora, the Divine Liturgy and the respective services were celebrated in the church of St. Theodoroi by Fr. Kostandin Prifti. Then believers headed towards the sea, the Cold Water area, where the cross was thrown. It was caught for the third consecutive year by Vasil Zako.

In Selenice, after celebrating in the church of St. Athanasius, the faithful headed towards Vjosa river. Due to bad weather conditions, the cross was thrown about five kilometers away from the city. Yet again the young brave men of Selenicë challenged the cold water and the torrential river. Five of them jumped into the water to catch the cross which was finally retrieved by Mateo Bombaj.

In Korca, the services for the Epiphany were conducted in the Cathedral of the "Resurrection of Christ" by the Metropolitan, His Grace John, assisted by the clergy of the city. Then, the litany followed and it was attended by hundreds of faithful who walked to the fountain in front of the cathedral where the Metropolitan threw the cross. The services of the day were also attended by local authorities, politicians, personalities etc.

The respective services and the throwing of the cross were celebrated also in the towns of Pogradec, Erseke and Boboshtice.

In Saranda, the Divine Liturgy and the service of the Blessing of Water were celebrated by the Metropolitan, His Grace Demetrios, together with the clergy of the area. Then they conducted the litany after which they stopped near the sea, where the cross is traditionally thrown. Hundreds of believers and citizens gathered along the boulevard to watch the event. His Grace Demetrios threw the cross which was caught for the third time by the young man Kristaq Qose.

Epiphany services and the throwing of the cross gathered thousands of faithful in Gjirokastra, where the cross was thrown from the Drinos river bridge and was retrieved by Llukan Todri. Such celebrations took place also in the cities of Përmet, Mursi etc. 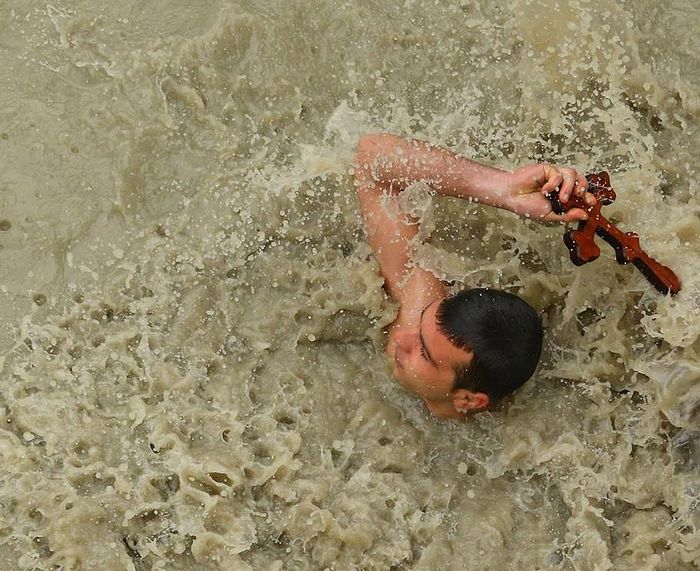 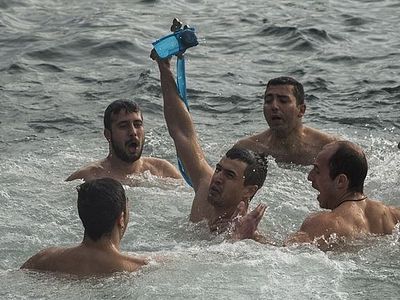 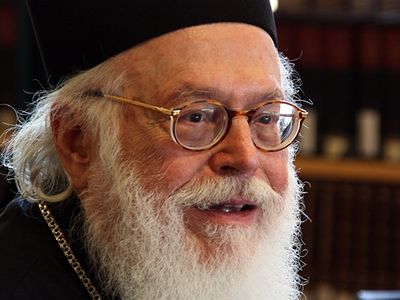 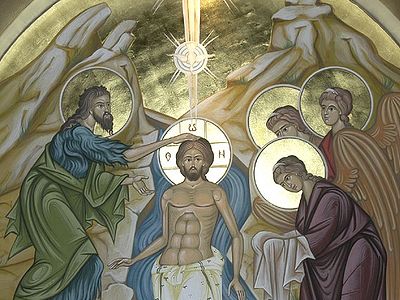 Forefeast of the Theophany of our Lord and Savior Jesus Christ

Forefeast of the Theophany of our Lord and Savior Jesus Christ The second day of the Forefeast of Theophany falls on January 3. Today’s hymns invite us to go in spirit to the Jordan River where the Creator comes to be baptized. He is the Light which shines in the darkness (John 1:5), and today He begins to overcome that darkness.
Комментарии