Tens of thousands walk for life in San Francisco 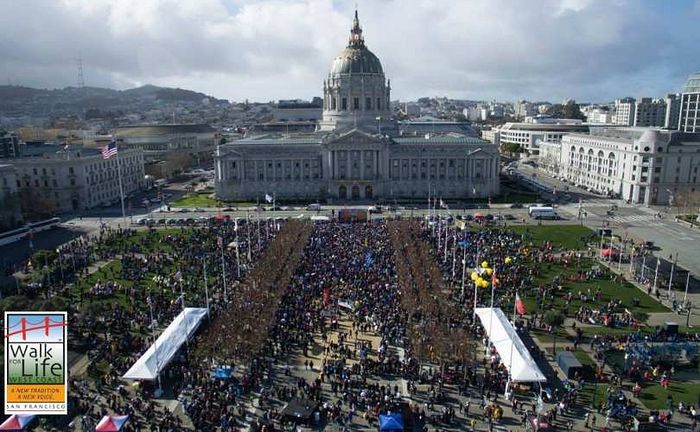 Women "should never have to buy success with the blood of our babies," a pro-life Nigerian activist told thousands of attendees at the 12th annual Walk for Life in San Francisco.

Speaking three thousand miles from where hundreds of pro-life activists were stranded in hotels and on roadsides, Obianuju Ekeocha said, "They tell us the lie that women-- in order to have opportunities and in order for us be successful-- we must have abortion rights." However, Ekeocha, who founded and runs Culture of Life Africa, stated that "I stand here before you not just as a black person or an African person. I stand here before you as a woman to say we should never have to buy success with the blood of our babies."

Center for Medical Progress founder David Daleiden also spoke, leading the one-hour rally's speakers. "The videos raise the biggest question that Planned Parenthood and their allies cannot answer," he said. "That is how on the one hand in our country the humanity of the baby fetus is not considered to be equal enough to our own in order to be totally protected by law. But at the same time, it is precisely their equal and identical humanity to our own that makes them so valuable for sale."

San Francisco Archbishop Salvatore J. Cordileone, in his speech, mentioned both Daleiden's videos and the state's new assisted suicide law. "The big question is, what does this say about us as a society. How can we do this to ourselves?" He said that pro-life advocates must be Jesus' "light shining in the darkness."

LifeSiteNews was unable to obtain an official count of the size of the Walk for Life by press time; however, NBC's San Francisco affiliate reported that tens of thousands of people participated.

Last year's Walk saw 50,000 participants. As in past years, the marchers took their traditional route down Market Street in one of America's most liberal cities. A pro-abortion website said the group Stop Patriarchy and other abortion-supporting organizations brought "hundreds" to counter-protest, but San Francisco News reported about one hundred counter-protestors.

A spokesperson for Students for Life of America told LifeSiteNews they estimated the counter-protestors at between 50 and 60. 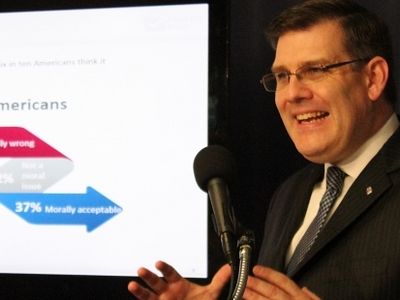 Majority of Pro-Choice Americans Want Restrictions on Abortion, Poll Finds A new Marist Poll released Tuesday finds that an overwhelming majority of Americans support implementing tougher restrictions for abortions, including more than six out of 10 pro-choice individuals who favor banning abortions after 20 weeks of pregnancy. 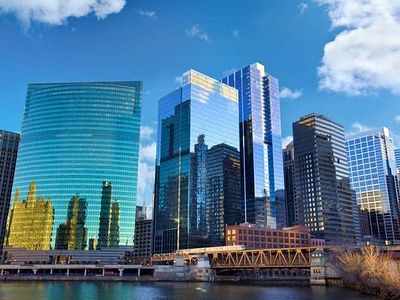 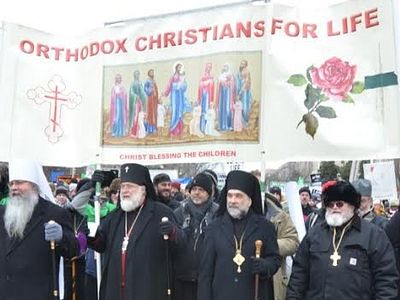 January 22 March for Life and Sanctify of Life Retreat Friday, January 22, 2016 marks the 43rd Anniversary of the Roe v. Wade decision that legalized abortion in the United States, on which Orthodox Christians from across the country will gather in the US Capital for the annual March for Life or participate in similar regional gatherings.
Комментарии