Rest For Your Soul 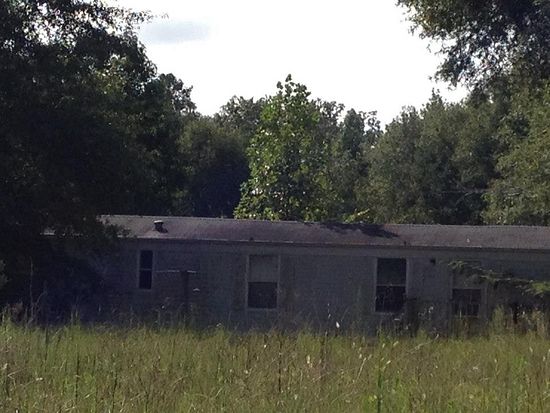 Among the most alluring ideas in our lives are the notions of cause and effect, performance and award. Nothing seems more soothing than the simple promise that doing one thing leads to the reward of the other. It is predictable, subject to control, clearly delineates the rules of reward and punishment and makes obvious who deserves what. Nothing could be neater.

The limit to this idea comes when we encounter living, sentient beings. We are, to a certain extent, irrational. We do not behave predictably at all times. We respond in unexpected ways and initiate unexpected activities. We can add to this limit the vast amount of what we do not know. We take precautions not to get the flu – but we still do. You drive carefully and are hit by the truck you did not (and could not) see. The life of cause and effect is simply inadequate as a fundamental position.

The spiritual life is no different. God is free and cannot be expected to behave in a predictable manner (known to us). We can expect certain things according to His promise, but even those things remain largely hidden. For example, we can trust that He is always at all times and in all things working for our salvation, our true communion with Him and healing from the ravages of our brokenness. But we are creatures who dream of being gods, though entering by a false door. Rather than being raised up and conformed to God’s image by the ineffable working of His grace, we prefer to make little god-lets of ourselves and becoming masters of our lives. Cause and effect is the demon that ever waits at that very point.

We most often experience cause and effect as a sense of control. Our failures haunt us while we obsess about what might have been. Some seek to partner with God, looking for ways of praying and living that rig the game in their favor. Much of this is utterly contrary to the purposes of God in our life. We seek for success and accomplishment. We look for rewards and things we perceive to be desirable and good. Surely no one prays and asks for difficult things. And yet the difficult things are precisely the place where the refining fire of God’s grace burns brightest and best. No one is saved by success and prosperity.

Among the greatest difficulties faced by Orthodoxy in the New World has been the relative prosperity of an immigrant Church. Prosperity makes for a Church that is nicely comparable to denominational America, but it does not produce saints. Christ warned his disciples that the rich find entry into the Kingdom nearly impossible. Nothing has changed since then. There have been wealthy saints in the past, but they were often forged in the fire of radical generosity.

We are indeed saved by grace. However, the Protestant meme that interprets this as mere judicial kindness is an egregious error. Grace is the very life of God, the Divine energies, the fire by which we are transformed into the image of Christ. We do not earn it, but we can certainly shield ourselves from its action. Christ describes this in terms of a seed sown among thorns:

Now he who received seed among the thorns is he who hears the word, and the cares of this world and the deceitfulness of riches choke the word, and he becomes unfruitful. (Mat 13:22)

Prosperity (American-style) can increase our anxiety as we get caught up in the delusion of cause and effect. We imagine ourselves as the source of wealth. And though Christians pay lip-service to virtues like humility and meekness, we frequently overlook the examples that dwell among us. More often, celebrities and the successful are singled out for honor, even among the Orthodox. It fits well in American culture, but it rankles in the Kingdom of God.

It is said that humility is like a magnet with regard to grace. “God resists the proud, but gives grace to the humble” (James 4:6). And in a similar manner, “He guides the meek in judgment, and teaches the meek His ways” (Psalm 25:9).

How do we live with such realities? For one, it requires an ethos of meekness. Our culture is inherently competitive. We not only want to do well; we want to do better than others. A noticeable presence in American culture is created by the measures of American standards. I cannot think of how many times I have heard people speak about the Amish as obscure dropouts who seem destined to have no impact on the world. And yet they are people of meekness and humility. I would covet their prayers and suspect they are viewed well from heaven.

Virtually none of the measures that hold value in our American culture belong to the virtues of grace. I have said in a previous post that we are in great need of monasteries and monastics. I would broaden that and say that we are in need of the prayers of the humble and the wisdom of the meek. They alone understand that cause and effect does not belong to the Kingdom of God.

We worship the God who causelessly causes and Himself reigns in humility. He has put down the mighty from their thrones and has exalted the humble and meek.

Come to Me, all you who labor and are heavy laden, and I will give you rest. Take My yoke upon you and learn from Me, for I am meek and lowly in heart, and you will find rest for your souls. (Mat 11:28-29) 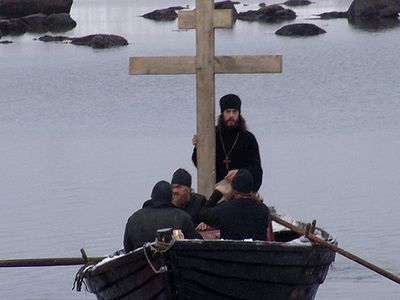 Denial as a Path to Life
Fr. James Guirguis

Denial as a Path to Life
Fr. James Guirguis
We each have struggles and difficulties and crosses in our lives, some of them are quite painful. What is the thought process that we go through when we encounter difficulties? 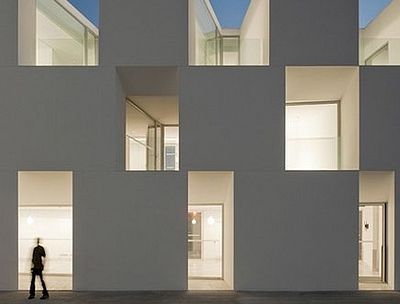 «It is our fault that there are people who do not know Christ»
Metropolitan Athanasios of Limassol talks about end times, trust in God and the mission of Church

"It is our fault that there are people who do not know Christ"
Metropolitan Athanasios of Limassol talks about end times, trust in God and the mission of Church
Metropolitan Athanasios of Limasol
Confession is the simplest way to learn what people think about and to understand their problems or concerns. I am very happy when people view their bishop as their father. I am happy when I know that people can come to my church and find me there to tell me about their problems.
Комментарии