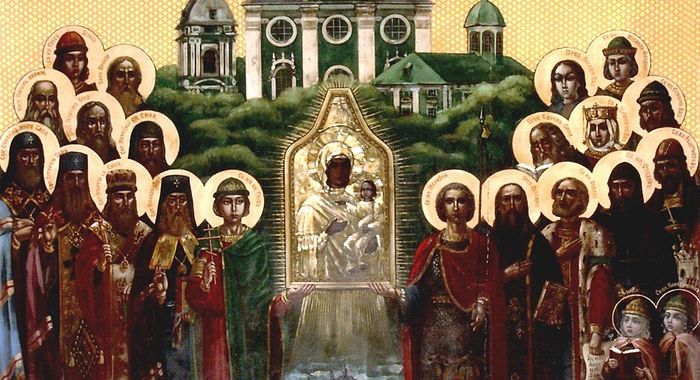 During the December 27, 2016 meeting of the Holy Synod of the Russian Orthodox Church a report was heard from the chairman of the Synodal Commission for the Canonization of Saints, Bishop Pankraty of Troitsk, regarding the petition received from Metropolitan Isidore of Smolensk and Roslavl about the local canonization of Schemamonks Nikita and Theophan, desert dwellers of the Roslavl Forest (Journal no. 126).

The future Schemamonk Nikita was born in Orel in 1695. When and by whom he was tonsured into monasticism is unknown. As a young man he departed from his family’s home and relocated to one and a half miles from the Beloberezhsk Hermitage (now the Bryansk Diocese), attending services at the monastery. There he remained into old age.

In 1780 Schemamonk Nikita moved to a cell he built in the Roslavl forests, on the south side of “Monk’s Ditch,” near the village of Akimovka. There the elder spent no less than ten years in monastic podvigs known only to him. Then he again moved to the Beloberezshk Hermitage, but before death, in 1792, he wanted to return again to his desert. His disciple Dositheus, receiving the blessing of the Beloberezshk Hermitage, took Nikita to the Roslavl forests. There Nikita died on March 29, 1793.

The body of the reposed Schemamonk Nikita was buried in the ditch near his cell. Because there was constant water in the ditch, within a few years Dositheus dug up Nikita’s coffin to move him to another place. The coffin was intact and Nikita’s body and clothes were incorrupt. They moved his body into a new coffin and, having served a Panikhida, buried him on a hill on the northern edge of the ditch. One sick monk attended the burial, suffering from a stomach sickness. Drinking some water from the coffin, he was healed from his sickness. Fifteen years after Fr. Nikita’s death his grave was again opened: as before his body remained incorrupt.

From the time of his death the faithful have honored the memory of Fr. Nikita. As many as 5,000 people gather at his grave on his name’s day. The grave of the elder is revered to this day and has witnessed many instances of healing. 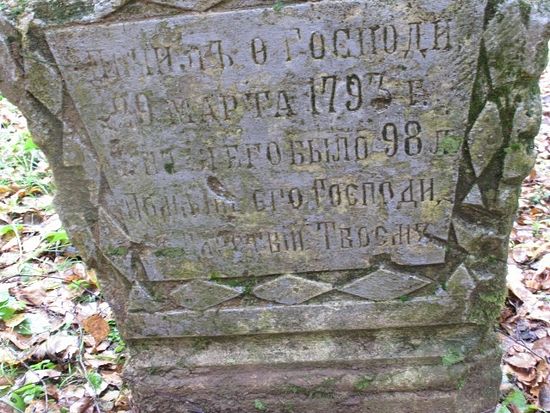 Not far from the burial of Fr. Nikita is the grave of another ascetic—Schemamonk Theophan. Little information has been preserved about his life—it is mainly the following recollections of Archimandrite Moses, the venerable Optina elder.

“Fr. Theophan, a native of Vladimir, served in the Black Sea Cossack army; before his tonsure he was called “Cossack Theodore Talunin.” At first he lived in the Sophroniev Hermitage, then he left for Moldavia, where he stayed with Elder Paisius [Velichkovksy—trans.]. Upon his death he returned to Russia and entered the brotherhood of Optina Pustyn in 1800. He labored in extreme non-acquisitiveness, in meekness of spirit, in the active virtue of fasting, prayer and prostrations with fervent zeal. < … > The Elder departed to the Lord on June 15, 1819. A few minutes before his death I asked him: ‘Is your soul calm? Don’t you fear anything in the hour of death?’ He replied: ‘I joyfully desire to be delivered from this life.’ And his end began immediately: he raised his hand to make the Sign of the Cross and gave his soul into the hands of God. He was buried in the wilderness.”

The venerable Optina elder Anthony, in the arms of whom Elder Theophan died in the Roslavl forests said that he forgot to beseech his prayers before his death. On the fortieth day the reposed appeared to him in a dream and promised to pray for him. Fr. Anthony said the following about Fr. Theophan: “In life this elder had such a face shining with grace that I lacked the spirit to look him straight in the eyes, but only secretly looked at him from the side.”

The grave of Schemamonk Theophan is revered by pilgrims in modern times.

The true remains of Sts. Nikita and Theophan, in the case of their discovery, are proposed as holy relics and are to be rendered worthy veneration. Icons of the newly-glorified saints are to be painted for veneration according to the definitions of the Seventh Ecumenical Council. 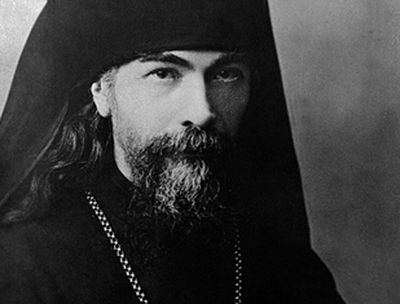 A Crowned Wrestler—Archbishop Theophan of Poltava
+ February 6/19
Those rare individuals who developed the spiritual stamina of the ancient desert-dwellers, unleashed upon themselves the fury of the demonic powers no less cruel than that of centuries ago. This is evident from the life of Archbishop Theophan of Poltava, an outstanding hierarch and pillar of the Church in our own day, who was like unto the early desert-fathers in his resolute struggle against the prince of darkness. May this make us more conscious of the spiritual warfare which we too must wage if we wish to join the company of the saints. 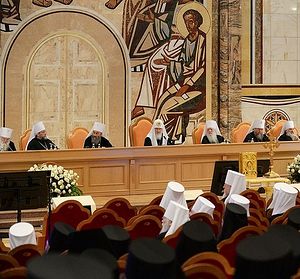 Amphilochius of Pochaev, Laurence of Chernigov, Aristoclius of Moscow and other saints are recognized as universal saints for Churchwide veneration 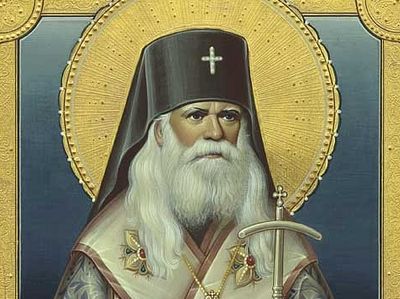 Archbishop Seraphim (Sobolev) has been Canonized

Archbishop Seraphim (Sobolev) has been Canonized
Metropolitan Ilarion then read the Act of the Holy Council of Bishops announcing the canonization of Archbishop Seraphim among the host of saints. The Council members then sang the exaltation to the newly-glorified saint.
Комментарии