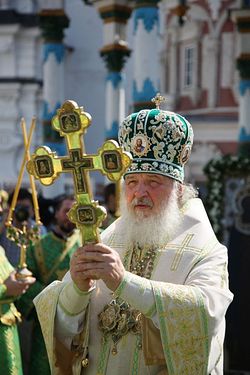 Patriarch Kirill of Moscow and All Russia believes that dialogue of Russia and Ukraine with the European Union should be held from positions of equal rights.

"We (Russia and Ukraine - IF) preserve unity as nation. We're joining the family of other European nations not as guided nation hanging upon words of the other, stronger partner, but as equal partners, bearers of our own historic and cultural code," Patriarch Kirill said in his interview to Ukrainian TV-channels on the eve of his visit to Ukraine.

According to him, "The top brains in Europe and other countries understand pretty well" how important is to preserve national spiritual and cultural identity.

"It's a great challenge in conditions of globalization. We should preserve diversity and the beauty of God's world, and at the same time develop good international cooperation and peaceful relations among nations," Patriarch Kirill believes.

According to him, if Russians, Ukrainians and Byelorussians refuse their "basic values," probable destruction of "national matrix" will become "a great catastrophe of civilization - just as if other nations lose their identity."

"The world will be unified and horrific, the world will be easily manipulated. Why? Because this spiritual culture traditional for the majority of people is the main criteria for telling good from evil," the Primate of the Russian Orthodox Church believes. 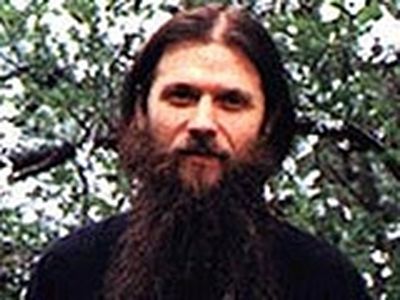 Fr. Artemy Vladimirov “Friends, beautiful is our unity” Interview by Nun Cornelia (Rees) For example, when people ask me, “What do you have to say about the ideological leanings and impaired world-view of this or that ecclesiastical individual?” I always answer, “We receive those who are infirm in the faith without arguments about opinions. The opportunity to manifest our expression of brotherly love in Christ Our Saviour is so meaningful, that only after this can we cross spears in ideological discourse.” Sometimes it seems that the faultiness of a world-view can in no way be equaled to the individual himself, who has received the gift of the Holy Spirit in the bosom of Ecumenical Orthodoxy. 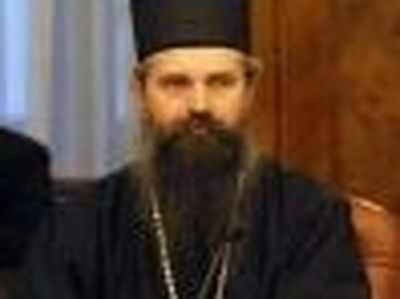 The Serbian Orthodox Church has preserved unity - Television of Serbia

The Serbian Orthodox Church has preserved unity - Television of Serbia Bishop Teodosije of Raska-Prizren says that monk Artemije's intention to create a "true church" is not realistic, and there is no chance now of the schism in the Church. 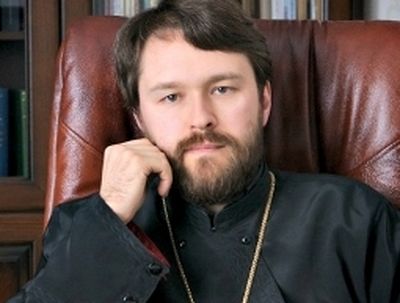 The Pan-Orthodox Council, Ukraine Crisis and Christian Unity An interview with Metropolitan Hilarion Alfeyev of Volokolamsk, the chairman of the Russian Orthodox Department of External Church Relations.

The Pan-Orthodox Council, Ukraine Crisis and Christian Unity An interview with Metropolitan Hilarion Alfeyev of Volokolamsk, the chairman of the Russian Orthodox Department of External Church Relations. Where does the Russian Orthodox Church stand on the crisis in Ukraine? And why is a Pan-Orthodox Council planned for 2016?
Комментарии
Войдите через FaceBook ВКонтакте Яндекс Mail.Ru Google или введите свои данные: