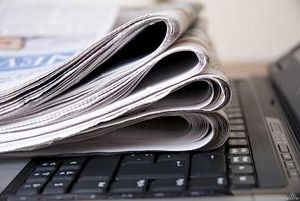 The Christian media are more and more highlighting the subject of the ignorance or indifference of American Christians to the problem of the persecution of their brothers in faith in Islamic countries. Raymond Ibrahim, an American journalist and expert on the Middle East and Islam, reflecting on the reasons for this ignorance, has come to the conclusion that one of the main reasons is inaccurate media coverage of information on cases of violence and discrimination against Christians in the Muslim world, reports  Sedmitza.ru.

Calling the persecution of Christians in Muslim countries "the greatest crime in the field of the violation of human rights," the journalist criticizes "instinctively" inaccurate coverage or the "cunning" of the English-language media that support defenders of Islam. Raymond Ibrahim gives as examples articles in Foreign Policy Magazine and Associated Press of March 1. Speaking of a Muslim attack on a Coptic Church at Kawm Umbu in the south of Egypt, they write of "outbreaks of Muslim-Christian tension", "conflicts between Copts and Muslims", facts of "violence between Egypt's Christians and Muslims" and so on.

The journalist concludes that if we recall the actual details of those events, we can conclude that none of these articles covers them adequately. All these articles imply that both sides are guilty of the conflict, which in the case in point is far from true.

It is well-known that the disorder in Kawm Umbu broke out after the disappearance of a Muslim woman. Rumors spread around the town that she had been kidnapped by Christians and kept by them by force in St George's Church, which is why Molotov cocktails were thrown at the church, and further conflicts with the police continued for several days.

Regardless of whether the substitution of facts was conscious or unconscious, the presentation of the situation was inaccurate. The journalist notes that such a tendency is common in the American media.