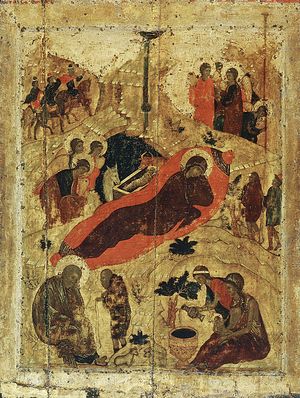 A group of Hillsboro residents practicing centuries-old traditions of Orthodox Christianity does not need reminders that “Jesus is the reason for the season.” Observances of Christ’s birth started for them in mid-November, and will continue for many days after Dec. 25.

Father Isaac Farha leads Holy Transfiguration Orthodox Christian Church, a congregation formed in 2001 that is part of the world’s second-largest Christian denomination, one which traces its roots back to the original apostles.

Orthodox Christians regularly abstain from eating animal products on Wednesdays and Fridays, but at a time of the year when feasting is synonymous with the holidays, fasting becomes a more integral part of spiritual practice during the 40-day Nativity fast from Nov. 15 to Dec. 24.

“The focus of the Nativity fast is a little different,” Farha said. “It’s a fast that’s more for preparation with joy, to a greater extent, for the joy of the Lord becoming born into the world.”

Farha explained the purpose of fasting by comparing it to draining a lake.

“When you drain out the lake, you see all the things that were creeping and crawling under the water that you couldn’t see before,” he said. “You’re more easily able to pick those things off and get rid of them because they’re in plain sight. It allows us to see more clearly how to do right.”

With the onset of the Nativity fast, services focus on the joy of the birth of Christ.

The church celebrated fourth-century Christian St. Nicholas of Myra, the forerunner of modern-day Santa Claus, with a service on Dec. 6.

“After the service I’ve been accustomed to having the kids come forward, and we read them the true story of St. Nicholas that’s been adapted for kids,” Farha said. “He looks a bit like Santa Claus, with a beard, but has more liturgical attire.”

When Christmas arrives, for Orthodox Christians it’s also the Feast of the Nativity.

“The Christmas celebration is an experiential realization of Him in our lives, our very being,” Farha said. “What we’re trying to do by His grace is have Him become alive in us. It’s an experience of every believer. I wouldn’t limit it to just people in the Orthodox church.”

It’s also the first in a series of days that focuses on sacrifices made by individuals or events to bring Christ into the world and establish His church.

“The second day, we remember his mother, Mary,” Farha said. “The third day, we remember the first Christian martyr, Stephen, the fourth day the 20,000 martyrs of Nicomedia, and the fifth day, the 14,000 children slain when Herod went to slay the firstborn.”

In larger Orthodox churches, services are available to commemorate those days, but not so in a small congregation like Hillsboro.

“I’ll be honest with you, you’ll see the full cycle of the daily services in the monasteries and larger churches,” Farha said. “We’re very small in our parish, and we do what we’re able to do. We don’t hit every little service. But we do hit the great feasts.”

This is the second Christmas season Farha has been at the church, and he notices a difference.

“I think I feel more like a part of a family. I’ve had more time with them. There’s more a sense of knowing each other, knowing who my parishioners are.”

He said he also feels at home in Hillsboro.

“We have many fast days, and that is our Church’s strength” Archpriest Alexander Saltykov, Nicholai Bulchuk

“We have many fast days, and that is our Church’s strength” Archpriest Alexander Saltykov, Nicholai Bulchuk Why is fasting necessary? For several reasons. The most obvious (and I think the most understandable) reason consists in the fact that a person simply needs to have inner discipline. And in this sense, fasting is a disciplinary measure. We cannot simply live according to the principle of “I want”: I want this, I want that. 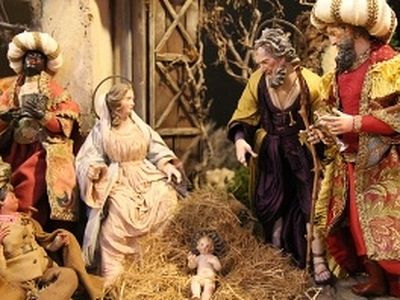 O Holy Night! Most Americans believe in Christmas story Christmas carols echo reality for most Americans, who believe in the historical accuracy of several Gospel descriptions of the birth of Jesus Christ.
Комментарии
Debbie29 декабря 2014, 17:00
Prayers for you and your parish, Fr. Isaac!