New Study on Orthodox Generosity and Giving to the Church 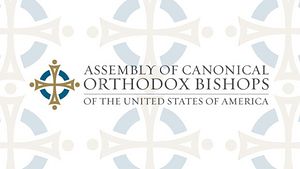 The Assembly of Canonical Orthodox Bishops of the United States of America has released a new study today, "Exploring Orthodox Generosity: Giving in US Orthodox Parishes." The 138-page report is accompanied by a brief summary that shares the highlights of the study. The study was prepared by the Assembly's research coordinator, Alexei Krindatch.

The study addresses religious giving of Orthodox Church members to their home parishes and to wider religious causes and explores the differences in giving between members of various Orthodox jurisdictions and parishioners according to certain demographics. Based on its findings, the study provides suggestions as to how Orthodox parishes might increase the generosity of parishioners.

The full report can be read here.

The summary can be read here.