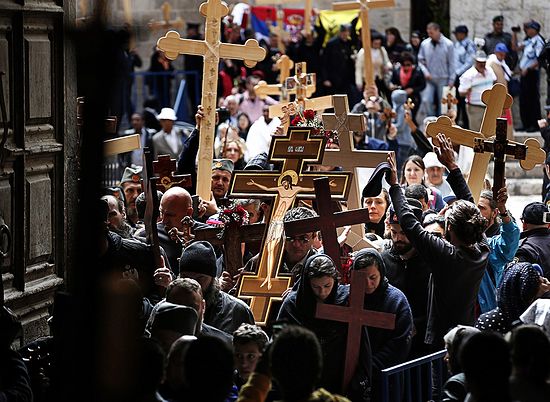 Orthodox believers from Ukraine and various corners of the earth will walk the Via Dolorosa, or Way of Sorrow, bearing copies of famous wonderworking icons of the Mother of God from Ukraine, reports the site of the Ukrainian Orthodox Church.

“Every year, on Holy Friday in Jerusalem they have a cross procession along those streets where the feet of Christ the Savior stepped, Who bore His heavy Cross. The rite of this procession is celebrated every year, headed by His Beatitude the Patriarch of Jerusalem and All Palestine,” said Met. Anthony (Pakanich), Chancellor of the Ukrainian Orthodox Church.

“The mission ‘The Way of the Lord in Prayer for Ukraine’ is a large-scale procession organized by the Ukrainian Orthodox Church. This procession is a doubly-special prayer for our much-suffering Ukraine,” the hierarch continued. The idea for the mission first appeared in Eastern Ukraine, where war has continued unabated for three years already.

“This is a special prayer that unites Jerusalem and Ukraine. Parishioners of our Eastern dioceses took the initiative for such a procession. His Beatitude Metropolitan Onuphry blessed this prayer. Icons from all corners of Ukraine are brought to Jerusalem. At the same time, prayers are offered at these icons in northern, southern, eastern, western, and central Ukraine. We, faithful people, place all of our hope in God, and therefore we believe that the Lord, Who suffered during these days in Jerusalem, and the Mother of God, who was present, will certainly help,” said Met. Anthony.

Following the procession along the Way of Sorrow, organizers will present the icons to Patriarch Theophilus III of Jerusalem in his residence on the eve of Holy Saturday, with a request for prayer for Ukraine. 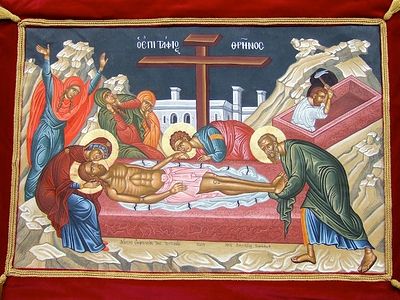 Holy and Great Friday
Metropolitan Joseph Of Proikonessos
The all-respectful Holy and Great Friday dawns full of compunction. Liturgy is not celebrated on this day. In olden days the Presanctified Liturgy was performed, but the Church later deemed it better that on this so mournful day no Liturgy will be celebrated. 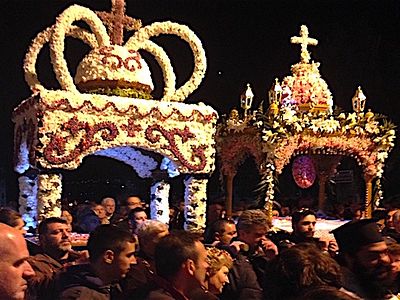 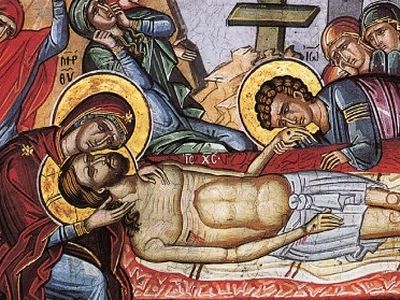 The Lord’s Way of the Cross
Bp. Alexander (Mileant)

The Lord’s Way of the Cross
Bishop Alexander (Mileant)
And at the ninth hour Jesus cried with a loud voice, saying, "My God, my God, why has Thou forsaken Me?" The word "God" in Aramaic is pronounced "Eloi" or "Eli," as written by the Evangelists. This cry was the expression of the God-man’s deepest sorrow. In order for the sacrifice for salvation to occur, it was necessary that the God-man drink the full cup of human suffering.
Комментарии