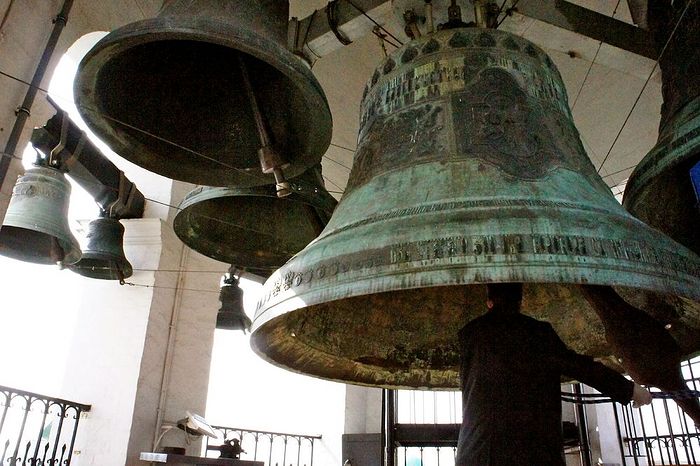 The seventh “Danilov Bells” Russian bell-ringing festival will be held in the bell tower of Moscow's St. Daniel (“Danilovsky”) Monastery on September 25.

Bell compositions will be performed at the festival by the best bell-ringers of Moscow and many regions of Russia, Belarus, Latvia and Ukraine, the press service of the St. Daniel Monastery reported Thursday to Interfax-Religion.

A wide range of participants were gathered thanks to the support of the Moscow government and benefactors from among the monastery’s parishioners.

During the festival the eighteen monastery’s historic bells which were returned from Harvard University in 2008 will be rung.

The festival coincides with the beginning of a new year of the St. Daniel’s bell-ringing classes where all willing can learn the skill of traditional Russian bell-ringing.

The present set of bells of the St. Daniel Monastery is the fourth set fully preserved after the Revolution, and in respect of its scale and musical qualities it is inferior only to the Rostov Veliky bell ensemble. The largest of the surviving bells is called “Bolshoy," or “the Big One” which weighs twelve metric tons and is unique for its melodiousness. This bell was created in 1890 by the famous Moscow master Xenophon Verevkin who also cast the bells for the Cathedral of Christ the Savior.

In July 2008 an agreement was solemnly signed at Harvard University in accordance with which in exchange for returning the historic bells of St. Daniel Monastery, Harvard received a set of replicas cast in Russia.

On the patronal feast of St. Daniel Monastery, September 12, 2008, Patriarch Alexis II blessed the bells which had arrived from Harvard, and on March 17, 2009 (another feast-day of St. Daniel of Moscow), Patriarch Kirill blessed the first tolling of the bell ensemble installed in the bell tower. The following year was devoted to thorough examination of the bells, their state and properties. The bell ensemble control system was tested and adjusted, and the historic St. Daniel’s bell tunes were revived. In September 2010 the first festival was organized in the monastery’s bell tower.

In the 1930's the eighteen bells of the St. Daniel Monastery narrowly escaped the destruction and were sold abroad. The unique bells were literally saved by the Harvard Professor Thomas Whittemore (1871-1950), then a member of the American charitable mission to Moscow. He persuaded the American businessman Charles Richard Crane (1858-1939) who had a deep interest in Russia to obtain the bells.

From that time on the St. Daniel’s bells were located on the campus of Harvard University where several buildings were re-equipped specially for them.

The first attempts to return the unique bell ensemble to Russia were made in the mid-1980's. Following the negotiations with Harvard University, organized by Patriarch Alexis II and the Link of Times foundation, and the signing in March 2007 of an agreement on the return of the eighteen ancient bells to Russia, their exact copies were cast in Voronezh under the direction of Russia’s Society of Bell-ringers. It was also decided to hand over two more bells to Harvard. They are not a part of the university’s ensemble. 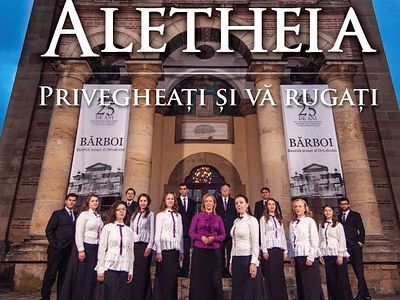 Romanian choir Aletheia wins Grand Prix of Orthodox Church Music Festival in Grodno
When speaking at the ceremony Belarus Culture Minister Boris Svetlov said that the core of a man is spirituality, and such festivals contribute to its strengthening in the souls of people. 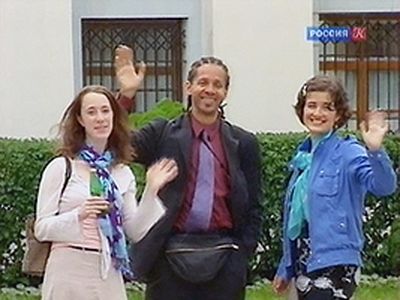 Harvard bell-ringers return to Moscow for lessons
A group of church bell-ringers from Harvard University has arrived in Moscow to attend master classes led by the best Russian bell-ringers, reports the Voice of Russia. 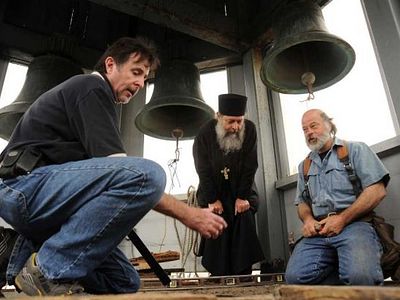 Bells may ring out again in Sitka cathedral

Bells may ring out again in Sitka cathedral
An effort is under way to bring traditional Russian Orthodox bell-ringing back to St. Michael's Cathedral after more than 40 years.
Комментарии