Spiritual Tradition of Muscovy. A Poem.

As recorded in the Menaeon of Saints, during an attack on Moscow by the Tatar hordes in 1521, a blind nun of the Ascension Convent had a prophetic vision. The following is a poem in English translation on this theme by the outstanding Russian religious poet, Alexander Solodovnikov (1893–1974). 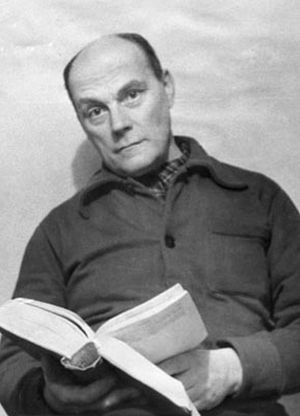 Alexander Solodovnikov
To Moscow the Tatars were coming,
Dust rising along River Moscow,
A blind nun who lived in the Kremlin
Had a foreshadowing dream:
As if in the Kremlin cathedrals
The slabs on the graves began rocking,
And out came the saints that there sleeping,
The hierarchs of Moscow arose.
But no one could see them arising,
All were engulfed in the battle.
The saints did as if quite in secret
The tower of Spassky pass by.
Their faces were drawn and unhappy,
Their gait was slow and so weary
Aged tears shone bright on their faces,
And wetted the beards of the saints.
As they left through the gate of the Kremlin,
And crossed over the breadth of the Red Square,
Not reaching as far as Kitai-town,
They suddenly stopped in their tracks.
Who is that, in the glare thus illumined?
Why, it’s the saint of Radonezh, Sergei,
And the pleaser of God, Nicholas.
Quickly, quickly now they’re approaching,
And making a full prostration,
They both bow all the way to the ground.
The archpastors bid them arise now.
“What do ye, O saintly fathers?
Arise, or we also likewise
Shall fall to the ground before you.
We won’t stand until you shall tell us
Where, in the dark and deep night now
Amidst the din of the battle,
You are leaving our city, Moscow?”
“We’re leaving, dear fathers, we’re leaving,
Departing, we are, from our Moscow,
And sinful Russia we abandon,
All strength to endure has left us.
Indulging their blasphemy—never,
And Judas must not be excused;
The black envy of Cain for Able
We’re no longer able to bear.”
“But we beg you, O saints, not to leave us!
With patience we’ll bear all the Russians.
Until a new time of darkness,
There’s time for them to find sight.
There’s seed for the coming year’s harvest,
There are souls to fill the new temples,
There is faith that can work a new wonder,
And confessors to spill their own blood.
Look into the haze of new ages…
Dark clouds afresh are there gathering.
A river of blood there is pouring,
And brother against brother at war.
Now, if in that year our people,
Don’t return to the faith of their fathers,
Then, O our fathers, you’ll leave them,
And will we depart beside you.”
The saints bowed their heads in deep reverence,
And softly returned to the city.
By morning those holy archpastors,
Lie sleeping once more in their tombs.

We have sinned—fornication and lying,
But the saints of our dear Russian land,
Have not left us lost and abandoned,
They’ve not given us over to death. 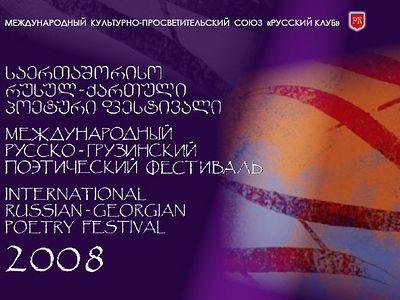 Poets at the Russo-Georgian Poetry Festival Address the People and Leaders of Russia and Georgia From June 20–29, 2010, the Fourth International Russo-Georgian Poetry Festival took place in Georgia, reports Patriarchia.ru. The forum opened in Tbilisi; other Georgian cities, including Rustavi, Kutaisi, Poti, Batumi, and Kobuleti, also hosted the event. Over sixty authors—poets, translators, editors, and publishers from twenty-seven different countries participated in the forum, with the motto, "The world of poetry is a world without war." 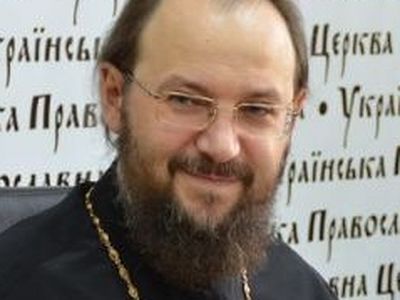 Archbishop Antony of Borispol: A priest should know the works of great authors and poets. Olga Bogdanova, Archbishop Antony (Pakanich) We are living in very complex times, when people are losing their moral points of reference. Those values and ideals that were inculcated in us through quality literature and poetry are now being replaced with the fetishes of the entertainment industry. Nowadays it is simply horrifying to see how the country that gave the world Pushkin, Gogol, and Dostoevsky is turning into a society of glamour rags and pop.
Комментарии
Войдите через FaceBook ВКонтакте Яндекс Mail.Ru Google или введите свои данные: