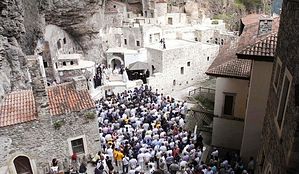 Orthodox Christians from around the world attended a rare Liturgy at an ancient monastery in Turkey. The spiritual leader of the world's 300 million Orthodox Christians, Patriarch Bartholomew I, conducted the service at the Sumela monastery in Trabzon province, north-eastern Turkey. At least 1,500 pilgrims, including people from Greece and Russia, traveled to the Byzantine-era monastery. The service was the first Greek Orthodox Liturgy to be held at the shrine since 1923, after the Turkish government allowed pilgrims to worship there once a year in a gesture toward religious minorities, in line with Turkey's aspiration to join the EU.

Those attending were elated, with one worshipper saying it was a great moment as they could now pray on the land where their great-grandfathers had come from. In 1923, the Turkish authorities had banned religious services at the monastery, built on the side of a mountain, and turned it into a museum, after it was abandoned when a population swap between Turkey and Greece saw most local Orthodox move to Greece.

Contemporary Orthodox Turks A Сonversation with two Orthodox Turks, Achmet and Nejla In Turkey, which is the canonical territory of the Patriarchate of Constantinople, there are very few Greek parishioners left. The Orthodox community has been supplemented to some degree by Russians who have taken up permanent residence there. However, there are also some Turks who have become Orthodox in the Patriarchate. Lately their numbers have grown. Orthodox literature is being printed for them in Turkish, and articles about the newly-converted are being published. Achmet and Nejla are two of the thousand or so Turks who have changed their faith; and unlike others, they do not hide this at all. 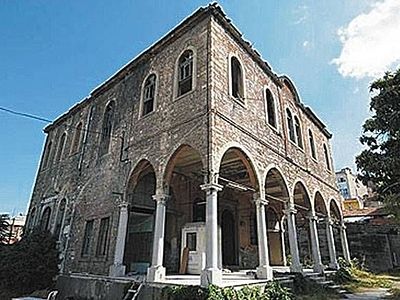