Late in the evening of August 4, 2010, a group of Georgian Orthodox pilgrims brought a copy of the Anchi Icon of the Savior to Archangel Michael Church in Cannes, France. This is a copy of the oldest Orthodox icon of Georgia. By the blessing of His Holiness the Catholicos-Patriarch Ilia II, a group of pilgrims has been traveling with this icon throughout Orthodox churches and monasteries of the world. The aim of the visits is to return the original icon from the State Museum of Art of Georgia, where it has been located since the 20th century.

The Anchi Savior is one of the most venerated of Georgian images. In ancient times, the icon was in Anchi Monastery in southwest Georgia, whence in 1664 it was transferred to the 6th-century Nativity of the Theotokos Church in Tbilisi, at which time it became known as the “Anchiskhati” icon. According to Bishop John of the 12th century, a famous Georgian hymnographer, the Anchi Savior was brought by Holy Apostle Andrew the First-called from Hierapolis to Klarjeti. Georgian tradition identifies this icon with the Edessa Icon “Not-made-by-hands.”

The copy of the Anchi Icon, traveling throughout France, has already visited the Georgian Church of Holy Queen Tamara in the outskirts of Paris and St Nicholas Cathedral in Nice. Priest Maksim Massalitine performed a moleben to the Lord Jesus Christ before the icon at the Russian Orthodox Archangel Michael Church in Cannes with the presence of local representatives of the Georgian diaspora. After the service, at which Georgian prayers were sung, the pilgrims shared a small trapeza with the parishioners of the church.

The Anchi Savior Icon also visited Orthodox churches in Rome and Bari, Italy, after which it departed for Holy Mount Athos. 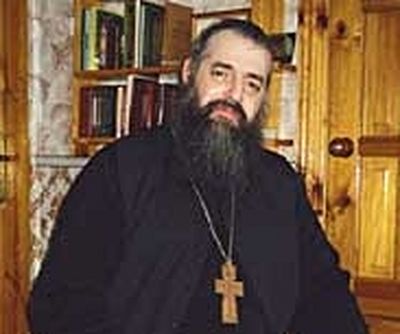 "Orthodoxy has authority in France". Interview with the Abbot Vasily (Pasquiet) Abbot Vasily (Pasquiet) The last week of my stay in France I felt nostalgic, missed my poor Chuvashia and my parishioners who are my brothers and sisters. Both Russia and Chuvashia are my motherland now, because I was born anew there. As the Lord said : Who left his family or fatherland for the sake of Christ, will find a new family and motherland. 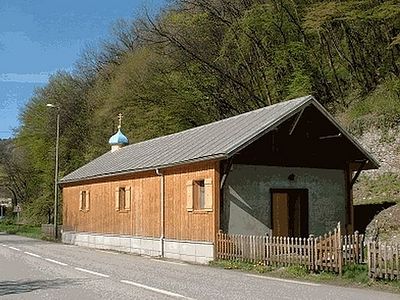 St. Alexis of Ugine commemorated in France Celebrations dedicated to the 80th anniversary since repose of Righteous Alexis of Ugine (1867-1934) took place on Saturday, September 6, 2014, in the small French town of Ugine (Haute-Savoie province), 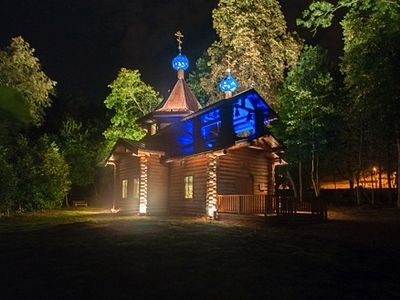 The opening of a Russian church one of the Top 20 events of French National Heritage Days Every year France and other European countries host the National Heritage Days (French: Les Journ&#233;es du Patrimoine). On this day millions of people are given an opportunity to visit historic sites usually closed to the public (for example, Elysee Palace), and take part in concerts and festive events.
Комментарии
Войдите через FaceBook ВКонтакте Яндекс Mail.Ru Google или введите свои данные: