Canadian Conference of Orthodox Bishops held a meeting in Toronto 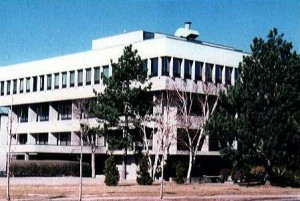 The Greek Orthodox Metropolis of Toronto
On March 17, 2011, the Canadian Conference of Orthodox Bishops had a meeting at the Greek Orthodox Metropolis of Toronto. On the agenda were the reports of the dialogue with Catholic Bishops, updates on the relations between the Orthodox and Orientals (non-Chalcedonians), the army, hospitals and prisons ministries, pastoral, canonical and liturgical issues, reports the Patriarchal website of the Russian Orthodox Churches in Canada.

The main subject of the meeting was the creation of a regional Assembly of Orthodox Bishops of Canada, about which a petition was sent to the Ecumenical Patriarchate as a result of the last meeting. Plans were also discussed for joint-ministry and fraternal cooperation among the jurisdictions in the future.

Bishop Job of Kashira said that he does not see any problem with the creation of an Assembly; however, he would require that the guidelines passed at the fourth Pan-Orthodox pre-council conference, which took place in June 2009, at Shambesi, be strictly adhered to. “Any changes in the borders of an assembly of bishops in the diaspora should only take place based upon the decision passed at the meeting of Primates and representatives of the Local Orthodox Churches, which is called together by the Patriarch of Constantinople,” Bishop Job reminded those present.