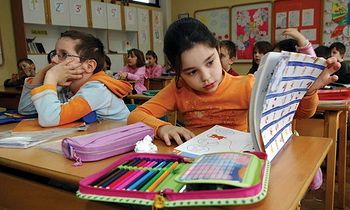 The year 1963 was very significant for America in many ways. It was the year that the Negro American, the term used back then, revolted openly but in non-violent fashion against a discriminatory system found especially in the south; it was the year that John F. Kennedy, 35th President of the United States, was assassinated; and it was the year that the new President, Lyndon B. Johnson, confirmed America’s continued economic and military support of South Viet Nam. It was also the year, however, that a less remembered court decision took place that had far reaching effects on American cultural history; it was the year of Murray v. Curlett where the United States Supreme Court handed down a landmark ruling that ended government-sponsored prayer in American public schools. This was the case that catapulted Madalyn Murray (O'Hare) into both national prominence and notoriety.

While many of the more conservative elements of America, including myself, have disagreed with that decision and have seen the debilitating results from this and other government policies regarding public education, the ruling itself may not have been that bad had the Supreme Court guaranteed that government, all of its agencies, and all political action groups stay completely out of any influential roles within public education. Allow me to explain.

Since the decision was handed down in 1963, the State, that is government, has used public education as a tool of various political action groups to attack all that is decent, and attempted to replace it with all that many of us find to be absolutely repugnant. Parents no longer seem to have guaranteed rights over their own children’s upbringing; the public school setting teaches dogmas that are directly contrary to what parents may wish to teach their children at home; academic failings at the national levels are at the center of constant debate; and the results of corrupting influences are seen everywhere within society, particularly at corporate and government levels.

One would be hard-pressed to find a single decent outcome as a result of the 1963 ruling. One of the reasons is that Separation of Church and State is too limited a concept for such a decision that was handed down. While we may all believe to some extent in Separation of Church and State, this should never have been interpreted as allowing the State to teach its own doctrines to children, especially those contrary to belief structures found within the privacy of family life, whether it be religious, political or merely philosophical. And this in itself is still insufficient as criticism of the limitations of the decision. It must be taken much further.

The crux of my argument is this: While “Separationists” always point to the “Establishment” clause of the First Amendment, they remain completely silent about the “Free Exercise” clause that guarantees our freedoms in religion. If the Supreme Court decision is to be considered a correct one, and to a degree it was, then I submit that the State should never have been allowed to dogmatically indoctrinate children on any issue whatsoever whether it be political, social or moral, from the excessive theocratic state to extreme outright atheism, from the point of view of intense Right-Wing conservatism to that of ultra Left-Wing liberalism, that it is extremely dangerous for any State to be allowed to do so.

This premise has strong historical backing as those States which take it upon themselves to indoctrinate children have a strong propensity toward totalitarianism. If you control the children doctrinally through continuous propaganda, you control the national direction more fully in a dictatorial manner. From Otto Von Bismarck, the Iron Chancellor, to Adolf Hitler, Germany constantly led its people to war for world domination. To paraphrase Hitler, “Give me your children for one generation, and I will rule the world.” Lenin the Bolshevik indoctrinated Soviet children, Stalin and his successors did it, Mao Tse Tung did it in Red China, and Fidel Castro himself has been doing it for over 50 years in Cuba.

The whole history of Fascism and Communism and all dictatorships has been fraught with such a policy. This is the real threat that faces America. It was never religion or any matters of faith that threatened our society. Though our nation did have a history of discrimination, we were yet the freest people on earth with a strong democratic structure.

The problem with the Murray v. Curlett decision wasn’t our not being permitted to pray in school, but the fact that it was improperly implemented in that it opened the door to direct and outright opposition against all those who held to different beliefs even within their own homes. And our children, always the most innocent within any society, are the main targets. They are the most threatened and the ones we must protect the most.

There is yet one more tragedy in all of this. In being allowed to dogmatically indoctrinate children, society’s most innocent are taught not to think for themselves. This leads to unquestioning loyalty to whatever system or philosophy is placed before them. Thus, the premise that we can think, that we can question, that we can challenge whatever it is that we may disagree with will one day disappear altogether from the American landscape. Things need to change and change immediately for time is short. Another generation of this, and it will indeed be too late.