Campaign to save British churches from scourge of metal theft launched 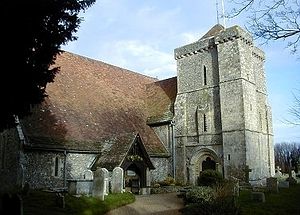 Hands Off Our Church Roofs aims to see sophisticated electronic alarm systems installed on the roofs of British Anglican churches across the country.

The campaign has been launched by leading church and heritage insurer Ecclesiastical, which is investing £500,000 of its own money to install roof alarms free of charge on some of the country’s most badly affected churches.

Hands Off Our Church Roofs is backed by the Church of England Church Buildings Council, the Association of Chief Police Officers and Minister of State for the Home office Lord Henley.

Starting this month, Ecclesiastical will fit alarms to churches in most of the 42 mainland English dioceses and a number of alarms in Scotland and Wales. Signage will then be displayed at all churches to warn thieves of the existence of church roof alarms in the area.

John Coates, Ecclesiastical’s director of church insurance said: “The attack on Britain’s churches has reached catastrophic proportions and we simply have to do something about it. Every day an average of seven churches are targeted by criminals, who see them as easy pickings. This campaign will ensure they won’t be easy anymore.

“The first stage of the campaign is for Ecclesiastical to fit these alarms free of charge to the most at-risk churches in the country. Because we won’t be revealing the details of these churches, this will create a deterrent as all churches in the area will display signage.

“Stage two – and this is where we are seeking broad public support – is for other churches to purchase their own alarm systems and thus ensure we make our churches as hard a target as possible for metal thieves. As times are hard, we recognise that in some cases this is going to require fundraising by the church and its local community.

“Britain’s churches are woven into the fabric of our national life and our heritage. Our literature and art abound with them. For millions of us, some of the most important milestones of our lives are played out in church – baptisms, weddings, funerals. Everyone can appreciate the beauty of their architecture and the good will they radiate into the communities around them. Now their roofs are being casually ripped away by criminals looking for quick cash – criminals who have complete disregard for the damage they inflict. For some churches, it’s a case of picking up the pieces and trying to move on; for others, a major theft of roof lead can be a death blow that forces closure. Unless this epidemic of crime is stopped, the place of churches in our society will never be the same again.”

The alarms use concealed sensors on the church’s roof to detect the presence of a metal thief. Upon activation, the alarms emit powerful blue flashing lights to draw attention to the church while speakers broadcast a loud, recorded message warning the criminal that an alarm has been activated. Depending on the agreement with the alarm company, an alarm signal will be sent to a remote monitoring unit and will trigger security personnel to attend the scene.

Ecclesiastical has already piloted the use of roof alarms in more than 100 churches over the last few years. The insurer’s experience has shown that where roof alarms have been fitted, metal thefts have reduced significantly or stopped completely.

2011 was the worst year on record for church metal theft claims. Ecclesiastical, which insures over 96% of the country’s Anglican churches, received more than 2,600 metal theft claims from churches by the end of the year, surpassing the previous worst figure of more than 2,400 in 2008. Other aspects of British life which have been badly affected by metal theft include transport, utilities, communications, health and many more.

In addition to roof alarms, Ecclesiastical has also helped churches fight metal theft by providing them with free SmartWater forensic marker liquid, which is applied to the metal so that it can be traced. The insurer also gives detailed risk management advice and has also been involved in lobbying Government for a tightening up of the laws relating to the sale of scrap metal.

A national survey conducted by Ecclesiastical in December last year revealed that almost half of the UK’s population (49%) is ‘appalled that someone can steal lead from a church’, while a further 37% are ‘saddened’ by the crime.

Support for the campaign
Lord Henley, Minister of State for Crime Prevention and Anti-Social Behaviour Reduction, said: “Metal theft from churches affects the fabric of our communities. We all need to work together to protect our churches and I very much welcome the Hands Off Our Church Roofs campaign led by Ecclesiastical.”

Anne Sloman, Chair, Church of England Church Buildings Council, said: “Although we are campaigning vigorously for legislation to regulate scrap yards, we also have a responsibility to do everything we can to help ourselves. We urge parishes to look carefully at the benefits of roof alarms which do offer extra protection.”

The Diocese of Chichester