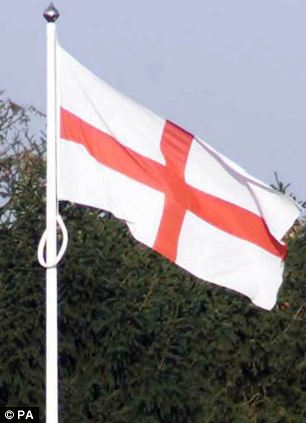 Saints day: St George's Day is celebrated on 23rd April, but to seemingly little fanfare
Happy saint’s day - hope you have a good one! True, you won’t get a proper celebration like your pals Andrew, David and Patrick. I mean, you’re probably not too jealous of Andy being toasted by a bunch of belligerently nationalistic Scots, or Dave being commemorated by Welshmen with daffodils and leeks pinned to their rugby shirts. But Paddy’s another matter. He’s got the whole world holding marches, dyeing their beer green and pretending that they’re Irish. You’d have to be a saint not to be, well, green with envy at that. Oh, yes, of course, you ARE a saint. But still, you know what I mean.

After all, what did the English ever do for the world? Apart from give it the planet’s most popular language, obviously … and the greatest playwright who ever lived (it’s Will’s day too, by the way) … and parliamentary democracy, common law, the abolition of slavery, the steam and jet engines, the Beatles, Rolling Stones, James Bond and Harry Potter. Yes, but apart from that … and Winston Churchill, Winnie-the-Pooh, Charles Dickens, police officers, postage stamps, the mini-skirt, the Mini car, the Rolls Royce, football, rugby, cricket, tennis, the Spitfire, four of the world’s Top 10 universities and the World Service … Apart from all that – oh, and about 100 Nobel laureates – it’s quite clear that this is an absolutely rubbish country that should spend most of its time apologising to everyone for absolutely everything it’s ever done.

I imagine that you’re fairly cheesed off about the fact that even England’s flag – which is, of course, your personal flag – is now regarded as a racist symbol. Apparently the problem is that some nasty, racist, shaven-headed morons have appropriated it as their symbol. So now the rest of us have to grovel to anyone we might offend by waving it inappropriately.

The odd thing is, though, that the people who are supposed to be offended, aren’t. I don’t know if you ever happen to cast an eye on Bradford, but I happened to be there in 2002, a year after the race riots that hit the Manningham area there in July 2001. I was chatting to a local councillor who happened to be Muslim and he was pointing out that all the Asian youth who’d been caught up in the fighting a year beforehand had just spent the 2002 World Cup driving round the city in cars with Crosses of St George fluttering from the windscreen. 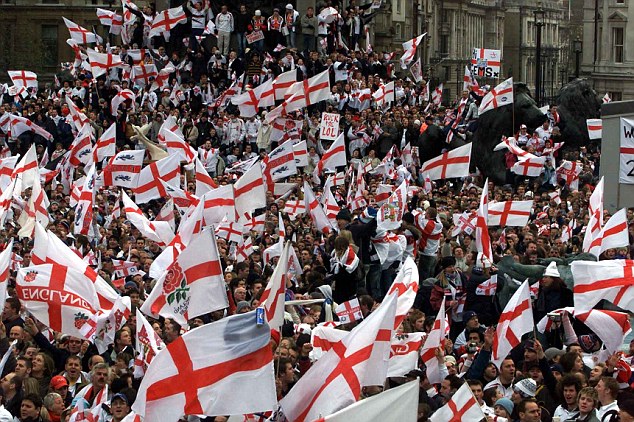 Vow to thee my country: A new poll has revealed the English have a lack of pride in the Cross of St George
And it’s not Muslims, or Hindus, or Jews who worry that Christmas, or someone wearing a cross round their neck at work might be offensive.

There’s an Indian restaurant in the village where I live. All its staff are Bangladeshi Muslims and every Christmas they hang tinsel in the windows, wish a Merry Christmas to all their customers and stick curried turkey on the menu.

No, the only people who worry about all the ways in which the English might be offending everyone else are the English. As a result, we’re just too embarrassed to celebrate your big day, or have an English anthem, or show any of the pride in English culture, English achievements and Englishness that the people of Scotland, Wales, Northern Ireland and the Irish Republic show in their countries.

They have absolutely no problem celebrating their saints. And the truth is, nor should we. In the meantime, however, I know it should be your big party, but we seem to be having a quiet night in … Again.