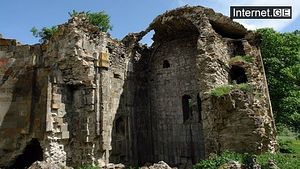 Archaeologists have discovered a church that was built in Kakheti in the 5th century and destroyed in the 14th century. This is a conclusion made by the experts who have recently announced the news about the unique discovery. Specialists of the National Agency of Cultural Heritage Protection have arrived to the valley of the river Duruji, territory of Dolochopi, where an early Christian-era church was found, reports Blagovest-info portal with the reference to internet.ge.

According to the preliminary estimates, the church parameters are not inferior to the ones of the massive monument of the Christian architecture in Georgia, Sioni Bolnisi. Graves of historic significance were also found on the church territory, but they had been robbed.