On May 19, Greek people throughout the world commemorate the Pontian Greek genocide in Turkey. On that Day, with the blessing of His Eminence Isidor, Metropolitan of Ekaterinodar and Kuban, memorial services for Pontian Greek genocide victims were celebrated in all churches of the city of Krasnodar. Also, Archpriest Dimitry Boltonov performed a memorial service in the All Saints' cemetery, which is the oldest necropolis in the city. Commemorative events devoted to the anniversary were held in the same place as well. This anniversary has been commemorated annually since February 24, 1994, when the respective resolution was passed by the Greek Parliament. 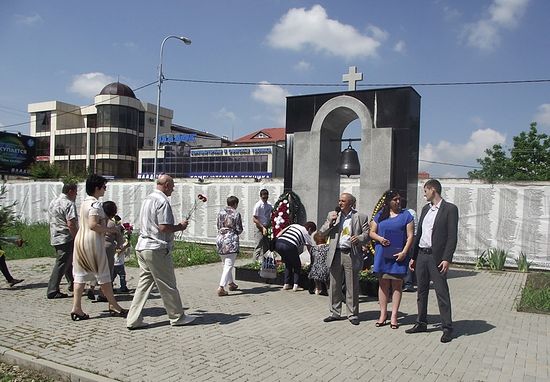 Repressions against Greeks and other Christian peoples took place systematically from 1908 to 1923. As a result, hundreds of thousands of Pontian Greeks were forced to leave their historical homeland in Asia Minor and to resettle in other regions. Many of them eventually found their new homeland in the Russian Empire and afterwards in Soviet Russia. As a result of the genocidal policy of Turkish nationalists, the number of Pontian Greeks victim alone was from 600,000 to 1 million people, according to the different estimates.