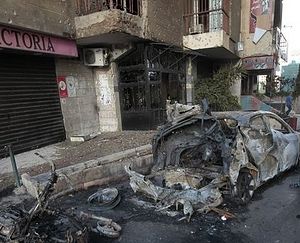 On June 27, as a result of a terrorist attack in the Christian quarter of the Syrian capital at least four people were killed and several people injured, reports DerStandard.

A suicide bomber blew himself up near the Shia charity organization of Ishan in the Bab Touma district. Two neighbouring shops were damaged.