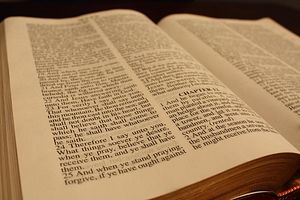 Russia is joining the European and world tradition, according to which visitors of hotels have an opportunity to read the Bible in their rooms. The first 6000 copies of the New Testament and the Psalter were given on August 9 to one of the biggest Moscow hotels,"Izmailovo", reported the Information Department of the Russian Orthodox Church to the Information Telegraph Agency of Russia (ITAR-TASS).

The charitable action is taking place with support of the tourism and hotel industry department of the government of Moscow and the missionary commission at the diocesan council of the capital.

"The Gospel is the book that became the foundation of the European culture, it is an indispensable attribute of respect and hospitality to guests as well as an indicator of the cultural level of hoteliers," noted the chairman of the missionary commission Hieromonk Dimitry (Pershin).

Funds for the publication have been provided by the St. Gregory the Theologian Charity Foundation.