Are We Witnessing the Birth of Modern Christian Persecution in Western Europe? 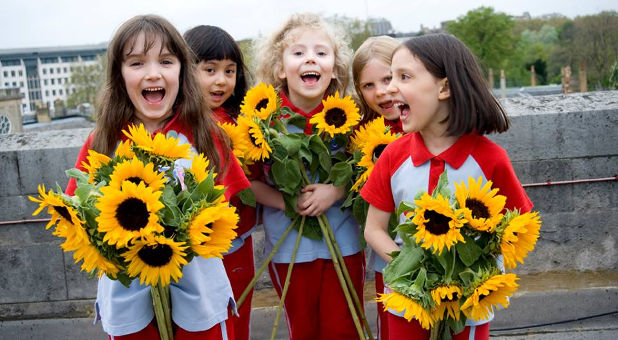 All new members of the U.K.'s Girlguiding organization will no longer promise to 'love my God' but rather 'to be true to myself and develop my beliefs'

Starting on Sunday, a small-but-significant change will begin to affect hundreds of thousands of young British girls around the United Kingdom. All new members of the 450,000-strong Girlguiding organization in the U.K. will no longer promise to "love my God," but rather "to be true to myself and develop my beliefs."

This controversial change in the membership pledge came after the Girlguiding organization, the U.K. equivalent to the American Girl Scouts, polled more than 40,000 members and found that 37 percent of the girls "do not believe in a god." Nearly one in four of all 8-year-old girls in the U.K. are Girlguiding members.

The shift in the Girlguiding pledge is highly indicative of the major cultural and religious changes sweeping across Western Europe. Traditionally considered a continent dominated by Christianity, orthodox Christian values today are espoused by only a minority of Western Europeans. Conservative Christian views on everything from abortion to marriage to euthanasia are considered not only outdated, but actually offensive.

Just a little over 100 years ago, more than 80 percent of all of the world's Christians lived in either Europe or North America. Today, that number has dropped below 40 percent and the steepest decline has been in Europe. It's now believed that more Christians attend church on Sunday morning in China than on the entire European continent.

The number of evangelical Christians, a movement that is relatively outspoken in espousing Christian doctrine, is estimated to comprise less than five percent of Western Europe's population (in the U.S., evangelicals still make up about 40 percent of all Americans). According to the Center for Study on Global Christianity at Gordon-Conwell Theological Seminary, the only major religion in Western Europe that is currently growing is Islam.

The revision of the Girlguiding pledge is not the only indicator that cultural values have shifted away from traditional Christian beliefs. On Aug. 20, Barrie and Tony Dewitt-Barlow, a wealthy gay couple in the U.K., confirmed that they would be filing a lawsuit challenging the British government's decision allowing some religious groups to opt-out of marrying same-sex couples. The first same-sex weddings are expected to begin in the U.K. in 2014 after legislation earlier this year legalized gay marriage.

On July 1, American street preacher Tony Miano was arrested by London police for making "homophobic" remarks. He was preaching on sexual immorality and pointedly condemned all forms of "immoral sexual conduct." This was too much for passers-by, and the police were called. After seven hours under arrest, police decided against pressing charges and Miano was released.

Last year, four Christians in Western Europe who were fired from their jobs for either wearing crosses or refusing to endorse homosexual partnerships took their cases to the European Court of Human Rights in Strasbourg, France. The court ruled against three of the four, saying that only one, a British Airways employee, had a right to wear her cross necklace because the airline had made earlier provisions for employees of other faiths to wear religious items.

Last month, the Obama administration ruled that a Christian family which had fled to the U.S. from Germany after facing fines and prosecution for homeschooling their children would not be eligible for asylum. In 1938, under Adolf Hitler's National Socialist Party, Germany passed a law requiring all families to send children to public school. This law remains on the books today and is defended as a way to promote "social integration and cohesion."

Unfortunately for the Romeikes, who desired to teach their children along orthodox Christian lines and prevent exposure to anti-biblical concepts, this law means possible fines, jail time, and the loss of their children for refusing to send their kids to public school if they return to Germany. Their legal counsel is currently taking their fight against deportation back to Germany to the U.S. Supreme Court.

While all of these events taken by themselves may not yet warrant the title of outright religious persecution, it is becoming increasingly clear that discrimination against and contempt for conservative Christian values are essentially the norm in Western Europe today. Ironically, when, and if, widespread outright persecution does begin to take place, it will largely go unnoticed, if only because there are so few Christians left who believe in what used to be considered orthodox Christian teaching.

Those who are willing to publicly declare their religious beliefs are fewer still. How much longer conservative Christians will even have this right, if they still do, is unclear. With so few conservative evangelical Christians, it seems that when the last day of free religious speech in Western Europe does end, it will not be with a bang but a whimper. If any Christians are still paying attention on that day, chances are they won't be living in Europe.

...
Предыдущий Следующий
Комментарии
Войдите через FaceBook ВКонтакте Яндекс Mail.Ru Google или введите свои данные:
Truth Gunner 3 января 2014, 04:00
It is such a sad thing to see people disrespecting our Creator and Saviour around the world and Christian values. These people have become blind to God's wonderful Truth. The USA is following the same route and soon the legal consequences of same sex marriage will soon hit the Church very hard. I pray that The Orthodox Church will remain standing for God's Truth.
Catr 4 сентября 2013, 09:00
Having privileges that other people don't have, and then losing them, is not persecution. Muslims can't be homeschooled in Germany, non-monotheists have NEVER been allowed to express their beliefs in Girlguiding. Equality sure cuts like a knife, don't it?
Tsegay Weldu 3 сентября 2013, 17:00
Yes it must be Christian persecution. They are promoting homosexuality and atheism but banning wearing necklaces. I do not know where this world is heading to. May be we are still alive by the prayer of Our Fathers( because GOD has promised to them).May GOD be with us. Tsegay (Ethiopian Orthodox Church)