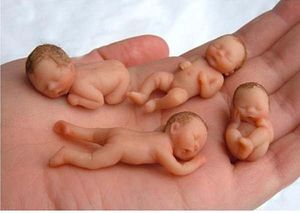 "At the present time, children in the world number 6 million less than in 1990, and this is just the beginning of the catastrophe. According to the UN assessments, by 2050 there will be 240 million less children in the world than now," said the communications director of the World Congress of Families (WCF), American journalist and lawyer Don Feder at the international conference, "Defence of Family Values" in Belgrade, September 26 reports ITAR-TASS. "That is a result of the disastrous ideas, attitude and policy that the Western countries have been pushing since the end of the First World War".

According to him, there are several main reasons for this so-called "demographic winter". They are the cultivation of individualism and egoism, which led to the lack of civil responsibility. "Earlier, nobody asked oneself whether to have or not to have descendants; this was as natural as breathing," noted Feder.

Among the factors of the demographic decline is the growing popularity of contraception methods. According to the UN, every second woman in the world takes contraceptives. Meanwhile, 42 million abortions are committed in the world every year, which can be compared with the population of Spain.

"Same-sex ‘marriages’, promoted by the EU, the UN and the present administration of the USA, have completely broken all links between the family and birth of children," stated Feder.

Now mankind is facing the prospect of depopulation—something that earlier happened only once—in the 14th century during the "Black Death". According to assessments of the UN, the Earth’s population will reach 8 billion by 2040 but then it will start to drop.

In the end, the "demographic winter" is based on the loss of faith and hope, noted the WCF representative. That is why, in his view, it is not a coincidence that Western Europe, which has largely deviated from Christianity, now has the lowest birth rate in the world.

"The countries where churches are filled with people demonstrate a high level of population growth, and vice versa," he believes.

"The ideas leading to the demographic catastrophe must be changed urgently, so that we might have a future," summarizes Feder. 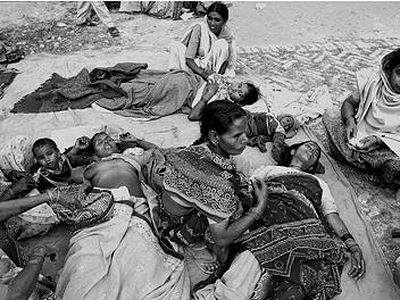 The Population Control Holocaust There is a single ideological current running through a seemingly disparate collection of noxious modern political and scientific movements, ranging from militarism, imperialism, racism, xenophobia, and radical environmentalism, to socialism, Nazism, and totalitarian communism. This is the ideology of antihumanism.

Archpastoral Statements on the U.S. Supreme Court Ruling Concerning Same-Sex Marriages While this ruling marks a significant change in the way that homosexuality is regarded according to the civil statutes, it in no way affects the teaching and practice of the Orthodox Christian Church either in this country or anywhere else in the world.
Комментарии
Войдите через FaceBook ВКонтакте Яндекс Mail.Ru Google или введите свои данные: