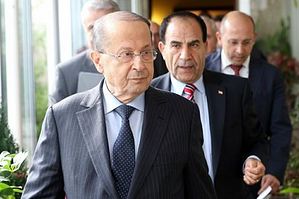 Christian figures gathered over the weekend from across the Middle East to stress the need for unity in light of the threat posed by extremist groups across the region. Free Patriotic Movement head MP Michel Aoun said Arab governments were responsible for protecting Christians in the region against Salafist movements, during the Christian Gathering in the Levant conference in Beirut:

“The Christian presence ... is also the responsibility of their Muslim counterparts, if they want the East to remain an arena for coexistence, forgiveness and dialogue,” Aoun said. “Arab governments are responsible for maintaining the security of Christians in the East.”

Aoun also said the Christian sect was further threatened by the emergence of radical Muslim groups in the aftermath of the Arab Spring.

Aoun said inter-Arab conflicts were diverting attention from the main conflict, the Arab-Israeli one.

Lebanese Syriac League President Habib Efram said it was important to “accept the challenge and create a Christian bloc within the political framework, with one voice and one goal, one thought and one issue, with a road map.”

“A conscientious stance is required by Arabs and Muslims, one that rejects takfiri fatwas and attempts to forcibly apply Shariah law,” he said.

Efram stressed that Christians did not want “foreign protection” and did not want the countries in the region to fragment into “religious states.”

The Christian Gathering of the Levant was a two-day conference held Saturday and Sunday at the Hilton Hotel in Beirut’s northern suburb of Sin al-Fil.

The conference was attended by a number of ambassadors, diplomats, political officials and figures from Iraq, Syria, Jordan, Egypt and Palestine.

Jordanian delegate Minister Wasef Azar stressed the need to stop extremist groups from dictating rules to society. He also warned of the dangers posed by “the expansion of such groups.”

Egyptian delegate Sherif Doss noted that Christians in Egypt were being subjected to attacks from Islamist groups and called for stopping “the financing of terrorist groups in the country, primarily the Muslim Brotherhood.”

Syrian Fayez Sayegh also said that it was unacceptable for terrorist groups living and working in Syria to contribute to development, saying the Syrian people were all equally oppressed.

Iraqi Kurdistan Transportation and Communications Minister Johnson Syawish Ayo said Christians were far away from decision-making centers and were suffering from marginalization in all aspects. He noted the large transfers of Western money to purchase Christian lands in the region as a severe problem.

“It is imperative that we unite under one umbrella to agree on our stances and further join together to make decisions and pressure local governments and the international community,” he said.

He also said that the Islamization of Gaza would likely force Christians living there to emigrate.

A statement following the conference said the Christian presence in Lebanon was “necessary” in order to maintain Christianity throughout the entire region.

It also stated that the delegates present at the Christian Gathering would be its first constituents, adding that the door would be open for others wanting to join. A committee composed of members from each participating country would be created, aimed at following up on the recommendations of the gathering and its proposed plan of action. 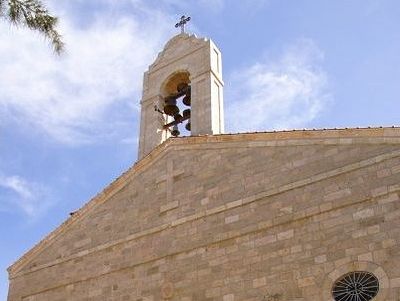 An Insight into the Greek-Orthodox Community of Jordan

An Insight into the Greek-Orthodox Community of Jordan At the heart of this community is the Orthodox Church of St. George. The church broke ground in 1884, when the Greek Orthodox community saved enough funds to start construction. But to the surprise of the builders, under it were the remains of a Byzantine dating back to the 3rd century. It was on the floor of this ancient Greek church that the earliest, most extant map of Palestine was found; it literally put the map on the map. 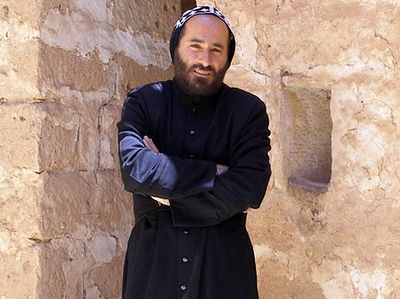 Syria refugees swell Christian community in Turkey Syria's Christians belong to one of the oldest Christian communities in the world, but chased away by the threat of violence some are heading for neighbouring Turkey, where they have been greeted with considerable enthusiasm. 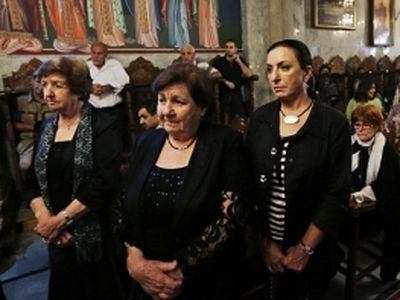