I now pronounce you man and wives… 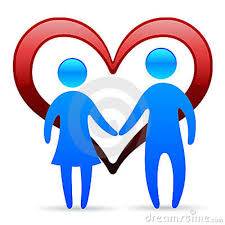 Turns out, marriage isn't about two people who love each other -- it's about three or five or six. That was Judge Clark Waddoups's opinion in the most explosive ruling the media isn't talking about. Late last week, the U.S. District Judge's ruling should have kicked off the evening news in every major market across America. Instead, his 91-page pro-polygamy bombshell is nothing but a back-page blip. And that's no accident. When Waddoups struck down Utah's criminal ban on "plural marriages" last Friday, the networks started tiptoeing around the story like the cultural grenade it is.

Like us, they know the Left's dirty little secret -- that people who support same-sex "marriage" are saying "I do" to a lot more than they bargained for. While liberals insist that same-sex "marriage" is the ultimate goal, their demands only lay the groundwork for other relationships to demand the same entitlements. Once the courts and policy makers depart from the natural definition of marriage, the Left has a legal foundation for any arrangement between consenting adults.

Judge Waddoups essentially admitted as much. Despite the fact that the Supreme Court outlawed polygamy years ago, Waddoups insists that he can't possibly rest on that decision in modern society. In his words, America has "developed constitutional jurisprudence that now protects individuals from the criminal consequences intended by legislatures to apply to certain personal choices."

Unfortunately, the Supreme Court's ruling on the Defense of Marriage Act this summer only sped the process along. Polygamists popped the corked on a little champagne of their own after the June ruling, as they wait their turn for nationwide acceptance. "We're very happy with [the ruling on DOMA]"said Joe Darger, a Utah polygamist, "I think [the court] has taken a step in correcting some inequality, and that's certainly something that's going to trickle down and impact us... I think the government needs to now recognize that we have a right to live free as much as anyone else." Proponents of polygamy are riding the homosexual movement's wave of success all the way to legitimacy.

And that's exactly what the mainstream media is afraid of. They see the potential for this debate to sway the middle and derail the same-sex "marriage" train. Recognizing that their destinies are very much intertwined, polygamists are using the same playbook as their same-sex "marriage" counterparts: Step one: overturn the law. Step two: demand recognition. Step three: force acceptance.

Ten years ago, Justice Antonin Scalia predicted exactly that in Lawrence v. Texas, the Supreme Court decision rolling back sodomy statutes. With prophetic insight, he pointed to the threat to state laws "based on moral choices" against "bigamy, same-sex marriage, adult incest, prostitution... adultery, fornication, bestiality, and obscenity." Anyone being intellectually honest knew this was where liberals were pushing America. Of course, the media for years laughed off groups like FRC who warned that the Left's goal isn't same-sex "marriage" but any kind of marriage.

Just this year, extremists like Jillian Keenan did conservatives a favor by owning up to the fact that homosexual "marriage" is just the warm-up act to an even more shocking agenda. "Let's not forget that the fight doesn't end with same-sex marriage," she wrote in a column for Slate. "We need to legalize polygamy too. Legalized polygamy in the United States is the constitutional, feminist, and sex-positive choice. More importantly, it would actually help protect, empower, and strengthen women, children, and families."

That wasn't a typo. Keenan actually argues for polygamy -- a practice that degrades and devalues the role of women -- as the feminist alternative. And the Left wants to accuse conservatives of a war on women? Legalizing polygamy would undermine the Left's banner cause -- equality -- and turn back the clock on women's rights that has become the standard of Western Civilization.

Shows like "Sister Wives" may make people sympathetic. It may even help break down inhibitions (as evidenced in Gallup's poll). But once Americans start to realize the practical implications of these parallel movements -- for their school curriculum, tax dollars, and free speech rights -- the public debate will only intensify. Despite the media's silence and homosexual activists' increasing campaign of intimidation, the American people may have finally found the inspiration to push back against the forces trying to redefine marriage. It's never too late to change course -- and this decision may have finally given the nation a reason to try. 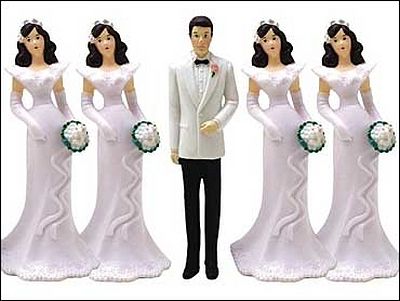 Polygamy is Harmful to Society, Scholar Finds Increased crime, prostitution and anti-social behaviour. Greater inequality between men and women. Less parental investment in children. And, a general driving down of the age of marriage for all women.

V. Putin: "Today society is expected to consider good and evil equal" In his address Vladimir Putin has particularly stressed that Russia will continue to defend traditional values:
Комментарии