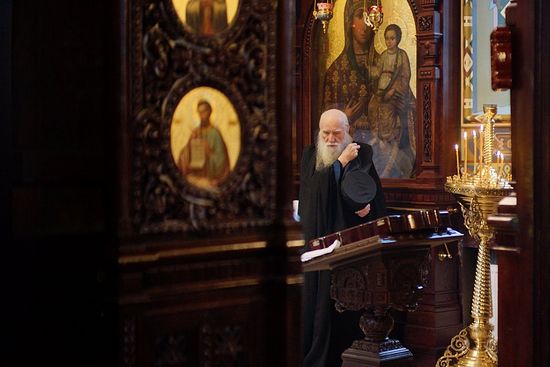 This was reported on the website of the Dormition Kiev Caves Lavra.

February 20 was announced a day of national mourning in the Ukraine for with the human victims, resulting from the mass disorders in the country. 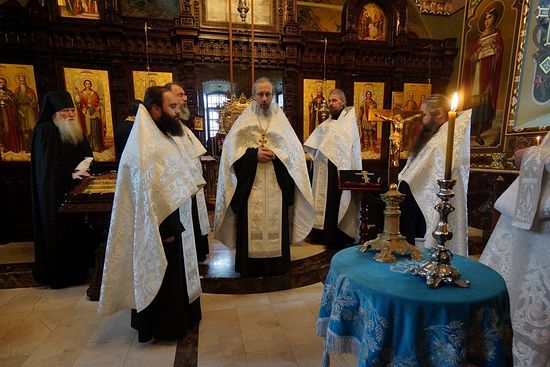 Throughout the period of the ongoing conflict in the Ukraine, prayers for reconciliation of the hostile parties are offered up unceasingly at the Kiev Caves Lavra. 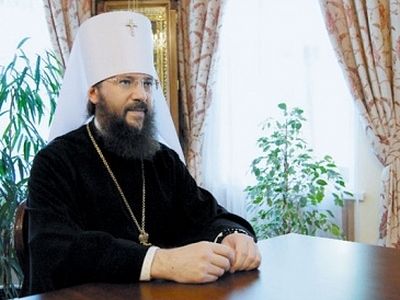 Metropolitan Anthony of Boryspil and Brovary: "We must exert every effort for maintenance of peace in the country"

Metropolitan Anthony of Boryspil and Brovary: "We must exert every effort for maintenance of peace in the country" On January 21, 2014, on Grushevsky Street in the center of Kiev, where the confrontation between participants of the rally and the law-enforcement agencies has taken place for two days, several monks of the Ukrainian Orthodox Church stopped the power actions of the sides and called for reconciliation. The chancellor of the Ukrainian Orthodox Church Metropolitan Anthony of Boryspil and Brovary has commented upon this situation. 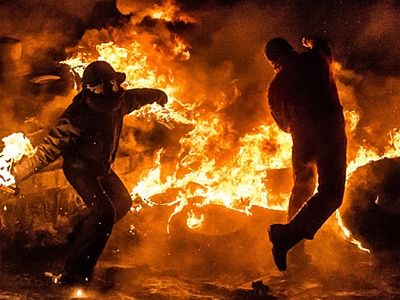 Men in Black Dimitry Sokolov-Mitrich The “Chaotic Pendulum” is a very funny thing. When you throw it off balance it flounders comically in space like a mad geometrical cripple, or a supremacist construction. It’s an enchanting sight, like the gaze of a boa constrictor.

Ordinary Patriotism Lado Gegechkori "Orthodoxy in the Ukraine" published this interview with the monks from Desyatina Monastery in Kiev, who stood between the police and the protesters in late January, stopping the violence for at least a few days through their prayer and example. 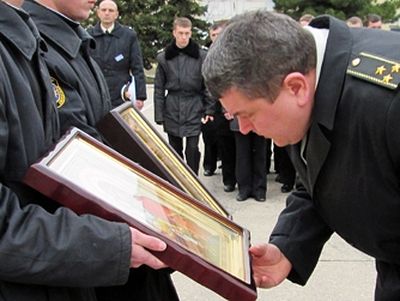 A prayer service for peace in the Ukraine performed at Nakhimov Naval Academy Academy officers and students prayed together with the priest for the increase of love in the hearts and souls of the people, and for the eradication of any malice and hatred.
Комментарии