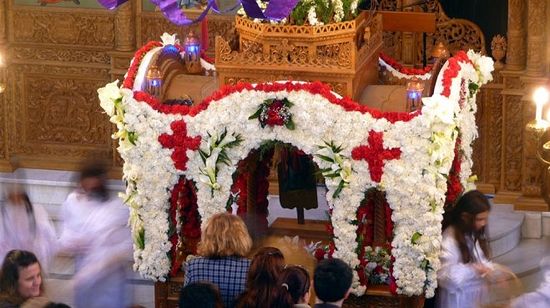 After a haitus of 57 years, in the part of Cyprus that was occupied by Turks in 1971, the service of the Epitaphion (Burial Shroud) will be performed on Holy Friday at St. George's Church in the city of Famagusta.

Moreover, with the permission of the Turkish authorities, now once a month Divine Liturgy will be served here on Sundays, reports Romfea.gr.

The Epitaphion service will be celebrated by Metropolitan Vasilios of Constantia-Ammochostos.

St. George's Church, which dates back to the 15th century, is situated within a wall of the city's medieval fortress.

"This makes us very happy," said Metropolitan Vasilios in his interview with the Athens News Agency, as he spoke about the ongoing activities "to prepare church for the service, which will be celebrated after half century haitus."

"More than that,” the metropolitan added, “arrangement of a cross procession with the Epitaphion along the streets of Famagusta within the ramparts is currently being agreed upon." 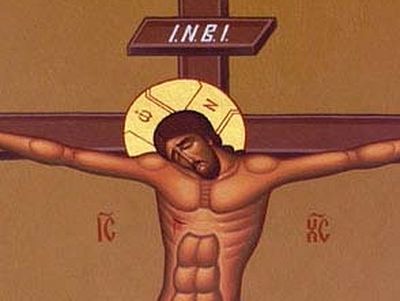 Holy Friday Fr. Peter Orfanakos On Thursday evening, the Matins service of Holy Friday is served. This service is also called the Service of the Twelve Gospels, because there are twelve Gospel passages relating to the Lord’s passion and crucifixion. 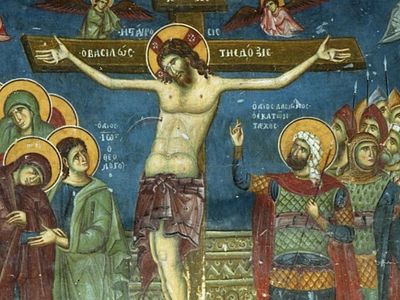 Holy Week in Hymns. Holy and Great Friday (with audio)

Holy Week in Hymns. Holy and Great Friday (with audio) On Holy Friday, we recall Christ’s crucifixion with the Service of the Twelve Gospels. At this service the priest reads the twelve Gospels describing Christ’s Passion and Crucifixion, intertwined with other elements of the Matins service. 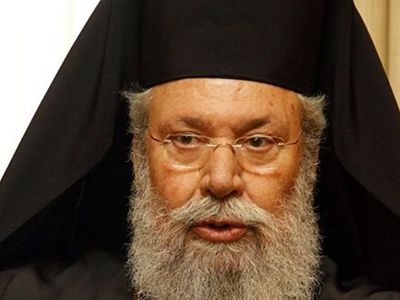 Archbishop Chrysostomos II: Cypriots are victims of the Turkish invasion “Cyprus, by its geographical position in the east of the Mediterranean, is the crossing-point of Europe, Asia and Africa. And its residents, peaceful and quiet people by nature, have over last forty years constantly fallen victim to the disorder brought here by the barbaric Turkish invasion."
Комментарии