On April 3, 2014, in the Danilovskaya hotel, under the chairmanship of head of the Moscow Patriarchate's Department for Church and Society Relations Archpriest Vsevolod Chaplin a regular working session of the Interreligious Council of Russia took place. Moscow government representative A.A. Ignatenko, representative of Ministry for Foreign Affairs of the Russian Federation I.K. Korostelev were present at the event in addition to representatives of traditional faiths of Russia, reports Patriarchia.ru.

The statement of the Interreligious Council of Russia concerning the situation in the Ukraine:

"We, the heads and representatives of traditional religious communities of Russia, express our deep concern in connection with the ongoing events in the Ukraine. The Ukrainian and Russian peoples are united by the centuries-old common history, and inseparable spiritual, cultural and kindred relationships. Our fraternal nations must cherish this commonality and work towards its development. We categorically condemn the provocation of ethnic conflicts, the derivation of political dividends from the people's suffering.

We hope that no one ever manages to change the Ukraine into a state that is hostile to Russia. We also feel certain that the wise and freedom-loving Ukrainian nation must preserve its right to an independent choice of its historical path, of its own values, which cannot be torn from its many centuries’ history, its moral standards, its model of organization of economics, public and state life. It is also important to preserve the common cultural and spiritual space of the Abrahamic religions (Judaism, Christianity, and Islam).

Respecting the right of all Ukrainian residents and various public groups to freely choose their path of development, we are calling all to do their best to peacefully and mutually acceptably settle the existing controversies and disagreements. We consider intolerable any language-related, ethnic, religious and political discrimination. It is the recognition of the full extent of the legal rights of various ethnic, regional and religious communities, including a right to participation in determination of fate of the whole state with respect for traditional values of the majority of the nation, that can prevent new sources of instability. We feel as if they are our own wounds the killing of people, the appearance of refugees, the increase of intolerance and mutual indifference in Ukrainian society, persecution of certain religious and social figures, threats to the normal functioning of monasteries, churches, mosques and synagogues.

We are calling upon all spiritual and political leaders, representatives of intelligentsia and other social circles to do their best to prevent an increase in victims and sufferings, to renounce the use of aggressive force as an instrument for solving emergent problems. Only in an environment of just peace, based on mutual assent, can the nation freely regulate its life. We appreciate the peace-making activities of Orthodox clergy, religious leaders of Crimean Tatars, Muslims of Russia and representatives of a number of other religious communities of both countries. We are ready to do our best to promote a peaceful settlement of all controversies in the Ukraine and in its relations with Russia. 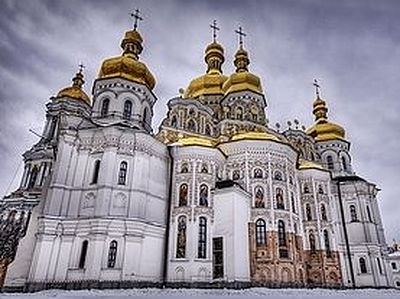 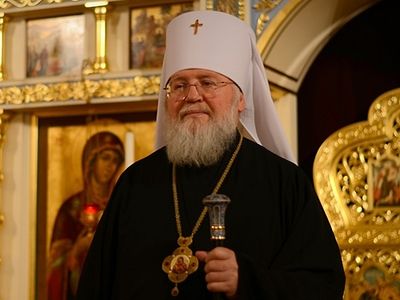 Metropolitan Hilarion Issues Statement in Connection with Continued Turmoil in Ukraine Metropolitan Hilarion (Kapral) In light of the continued turmoil and unrest that have beset the Ukrainian land, the First Hierarch of the Russian Church Abroad, His Eminence Hilarion, Metropolitan of Eastern America & New York, released the following statement on February 26th.

Russian Orthodox Church will do whatever it can to preserve fraternal relations between Russia and the Ukraine "The Holy Synod has stressed that Crimea has been and remains an integral part of our one, multinational Church," said V. Legoida.
Комментарии