Baptism in ruins of Arab village disrupted by Jewish neighbors 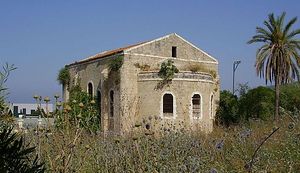 The church at al-Bassa, as pictured in 2008. Photo via Wikipedia commons.
A baptism ceremony held in the ruins of the uprooted Arab village of al-Bassa on Sunday was disturbed by several residents of Shlomi, the Jewish town that was built over part of the village's lands. A photojournalist who was documenting the proceedings had his camera smashed in the ensuing altercation.

The ceremony was being held in al-Bassa's Greek Orthodox church, one of the villages' only buildings left standing. Al-Bassa’s residents were forced out of the area during Israel’s 1948 War of Independence, after the village, which is located in Israel's northern Galilee region, was captured by the pre-State Haganah militia. Residents scattered to Arab communities within Israel and in Lebanon.

The town of Shlomi was built on parts of what used to be the village’s land. The church is located in what is now Shlomi's industrial zone.

Former residents of al-Bassa visit the site regularly. In recent years a number of them have sought to preserve and fence off what is left of the village, including a mosque and two churches.

Nahariya lawyer Wakim Wakim, a prominent advocate for the expellees’ rights, is descended from ab al-Bassa family. In 2002 and again in 2008 he arranged baptism ceremonies for two of his children in the church, and two weeks ago a wedding was held there.

On Sunday, another family with roots in al-Bassa, who now live in nearby Kafr Yasif, sought to conduct a baptism at the church. Several Shlomi residents disturbed the proceedings by driving a vehicle toward the buildings and honking loudly.

Journalist Zuheir Mata told Haaretz that he had been invited by the family to photograph the event, and that his camera was smashed by a woman from the group of Shlomi residents.

“She cursed me and the others present, calling us stinking Christians and other names and curses,” said Mata. “After she broke my camera I filed a complaint with the Nahariya Police. It was embarrassing and humiliating."

Wakim said he has as authorization in print from the Orthodox Archbishop of Acre, permitting him to hold ceremonies in the church.

"It must be noted that the ceremonies we conduct at the place are exclusively religious in character, there are no political overtones, and a priest is present. You can’t take away even that right from us. Police were called to the ceremony today, and the minute they saw the permit they left. So all this conduct points to only one motive – racism."

Shlomi Local Council chairman Gabi Naaman said he understands the residents’ anger. “I myself have filed a complaint against attorney Wakim for trespassing and entering a dangerous, dilapidated building that endangers anyone who enters it,” he told Haaretz. “We are not dealing with religious ceremonies, but rather with provocations that offend the local residents. I will act to close the place down because it’s dangerous, and I will block any entry to it in the future."

When asked if he’d be willing to cooperate in an effort to preserve the site, Naaman said such a move isn't up to him, but rather involved authorities such as the Greek Patriarchate in Jerusalem, which owns the site, and Israel's Antiquities Authority. 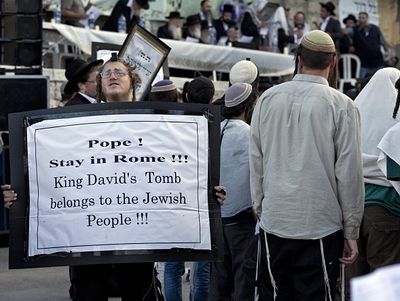 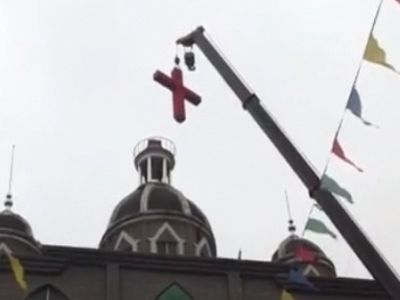 Church and cross demolitions continue in China: Christians plead for government to stop

Church and cross demolitions continue in China: Christians plead for government to stop Over 360 churches have been damaged or destroyed.
Комментарии