Hebron: young shoots appear near the oak of Mamre 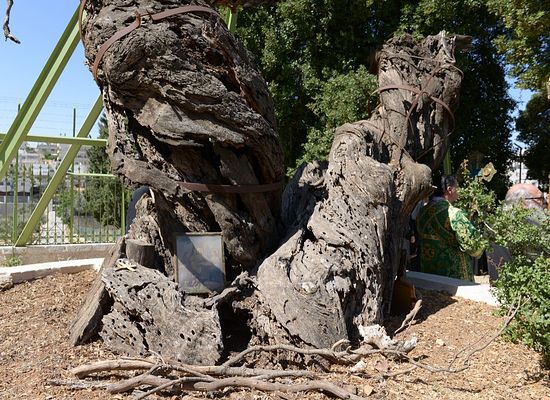 On June 10, the third day of Holy Pentecost, clergy of the Russian Ecclesiastical Mission in Jerusalem headed by its acting chief Igumen Theophan according to local tradition headed for the city of Hebron, where, as is generally known, the famous appearance of the Holy Trinity to Abraham took place. 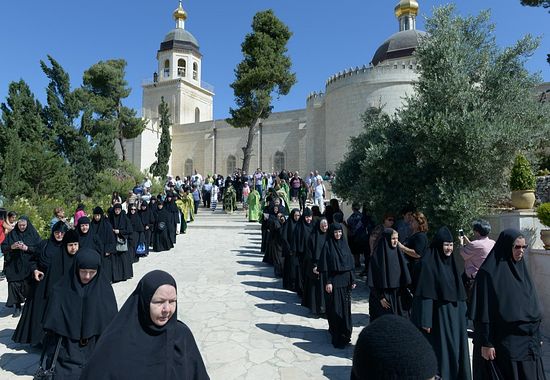 In honor of this event a Divine Liturgy was celebrated at the Church of the Holy Patriarchs, attended by a great number of Orthodox believers, reports the website of the Russian Ecclesiastical Mission in Jerusalem.

As a considerable number of Orthodox Palestinian Arabs were present at the service besides nuns, parishioners of Israeli churches and pilgrims, the service at the church was celebrated in two languages – Russian and Arabic. 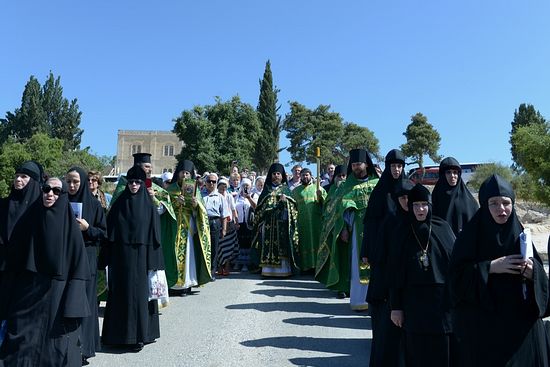 After the service a cross procession was arranged to the oak of Mamre, where a short prayer service with reading of the Gospel was held. 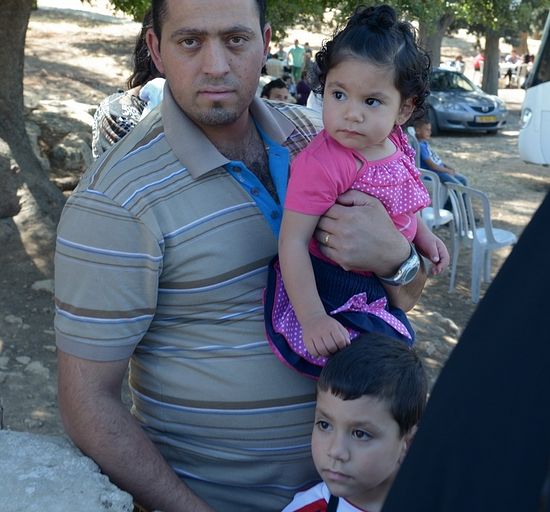 Several thousand years ago on this historic site, the founder of the Jewish and Arab peoples and the father of all the faithful, Patriarch Abraham, received three Angels—God Himself, glorified in the Trinity, Who granted him a son at the age of 100 and formed great nations from his (Abraham’s) descendants.

The oak of Mamre has been venerated and protected by the faithful as a great shrine for many centuries. 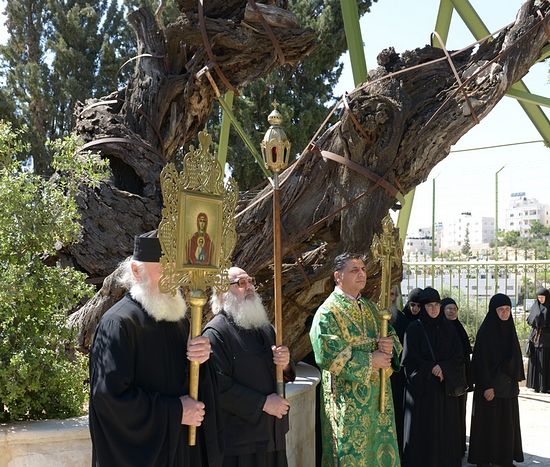 Now it is a mighty but dry skeleton, supported by special metal props to prevent it from falling, but it is comforting that young shoots have already appeared near the legendary oak. 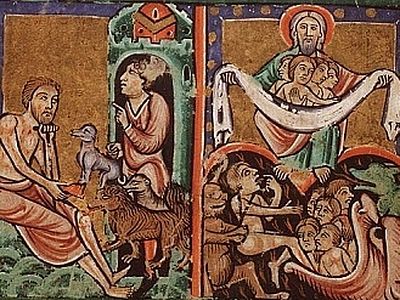 The Rich Man and Lazarus: the Bosom of Abraham Fr. Seraphim Holland

The Rich Man and Lazarus: the Bosom of Abraham Fr. Seraphim Holland "And it came to pass, that the beggar died, and was carried by the angels into Abraham's bosom: the rich man also died, and was buried" (Luke 16:22)Why into Abraham's bosom?Comment on the different way in which the rich man and Lazarus ended their days. There is a great significance in these terse words! 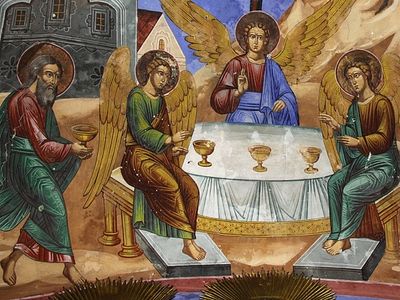 The Legacy of Patriarch Abraham On Authentic and Imagined Monotheism. Part 1: Christianity Hieromonk Job (Gumerov) During the prophetic period, biblical monotheism receives the ultimate clear, theological justification. The Lord speaks through the Prophet Isaiah: " I am the Lord, and there is none else" God is not only the only Creator of heaven and earth, but also the Lord, "he that giveth breath unto the people upon it, and spirit to them that walk therein". 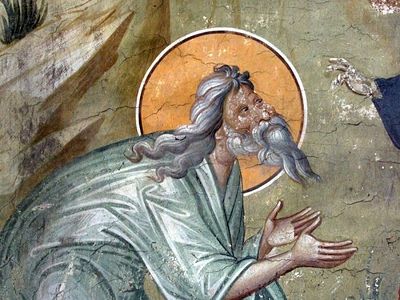 The Sunday Before the Nativity Epistle, Gospel readings and commentary