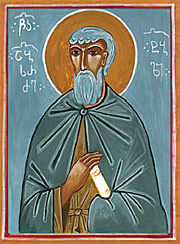 Holy Father Tbeli Abuseridze lived and labored in the 13th century. His father Ioane, the archduke of Upper Atchara, perished in a battle with the Turks. After Tbeli’s mother was widowed, she was tonsured a nun and given the name Ekaterine. Tbeli’s brothers, Abuseri and Bardan, were also well-known figures in their time.

St. Tbeli left an indelible mark on the history of Georgian culture as a hymnographer, an astronomer, an expert in sacred music, and a scholar of diverse interests. We know from his works that he built a church in honor of St. George in the village of Khikhani (in upper Atchara), and it has been suggested that he composed most of his works, including a chronicle of his own ancestry, in that village. He had seven children whom he brought there, and at the end of his chronicle he left a second testament, commanding that his family’s future generations be brought there as well.

St. Tbeli contributed immensely to the life of Gelati Academy. Historians believe it was there that he received the broad education that allowed him to express himself in so many different fields.

St. Tbeli’s collection of hymns to St. John the Baptist, St. John the Theologian, and St. John Chrysostom reveals his true piety and talent as a writer of the Church. The profound theological ideas, the symbolic and mystical comprehension of phenomena, the “knowledge of the visible” and “comprehension of the invisible” evident in this work paint St. Tbeli as one equally endowed as both a scholar and a theologian.

St. Tbeli was fascinated by the science of chronology, and he compiled a work called Chronicles: Complete Commentaries and Rules to address some of the problems related to chronology. Combining a solid understanding of astronomy and history, this work conveys the cosmic meaning of the Julian calendar and Christian eschatology.

While pursuing his literary and scholarly interests, St. Tbeli also labored as a holy and God-fearing pastor. The Georgian Apostolic Church has numbered our Holy Father Tbeli Abuseridze among the saints in recognition of the countless good deeds he performed on behalf of the Church and its people.

Filled with the virtue of theological wisdom, thou didst enlighten the world with knowledge divine. O Holy Father Tbeli, bestow upon thy nation the love of holiness! 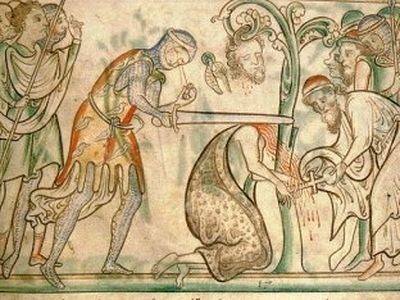 The saint who is venerated as the first English martyr St Alban (June 22) is venerated by Anglicans, Catholics and Orthodox Christians 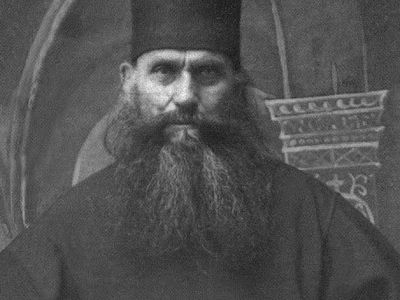 St. Silouan of Mt. Athos: “I have many sorrows of my own, and they are my own fault…” Roman Savchuk

St. Silouan of Mt. Athos: “I have many sorrows of my own, and they are my own fault…” Roman Savchuk There are moments when it seems that circumstances are indeed beyond our power, when life breaks down and it’s painful even to look at the world around us. Reality is cruel, and the soul can truly become sick. And no one knows when sorrows will knock at doors of the heart. But we must know in that moment how to answer these unawaited guests… 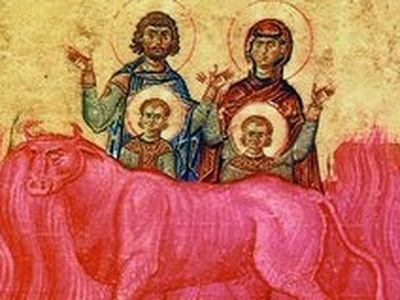 The Life and Passion of the Holy Great-martyr Eustathius [Eustace] Placidas, and of His Wife and Children From The Great Collection of the Lives of the Saints, Volume 1: September, compiled by St. Demetrius of Rostov

The Life and Passion of the Holy Great-martyr Eustathius [Eustace] Placidas, and of His Wife and Children From The Great Collection of the Lives of the Saints, Volume 1: September, compiled by St. Demetrius of Rostov A most radiant cross appeared between the deer’s antlers, and as Placidas gazed upon it, he beheld the likeness of Jesus Christ, Who was crucified for us. He was astonished by this strange vision, and he heard a voice saying to him, "Why do you pursue Me, 0 Placidas?"
Комментарии
Войдите через FaceBook ВКонтакте Яндекс Mail.Ru Google или введите свои данные: