Christians of Tripoli not intimidated by ISIS graffiti 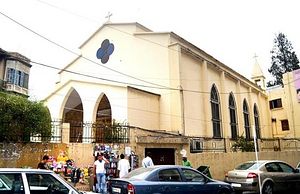 Just as Father Samir Hajjar concluded his Sunday sermon at the Syriac Orthodox Church in Tripoli, he received a call asking him to step outside. Huddled around the outer wall of the parish, members of the Lebanese security forces drew Hajjar’s attention to freshly scrawled graffiti. “The Islamic State [of Iraq and Greater Syria] is Coming,” he read.

“I was very surprised when I saw it,” Hajjar told The Daily Star.

“I have served for 16 years in this church and I’ve never had any problems,” he added.

The message has been written on at least two other churches across the city over the weekend, sending waves of unease throughout the community.

Christians expressed concern Monday about the sinister threats, but said they would not be intimidated by the specter of ISIS.

“If we say that Christians are not worrying, we wouldn’t be telling the truth,” said Father Ibrahim Sarrouj, a Greek Orthodox priest whose rare book collection in Tripoli was burned by unknown individuals last winter. He said that Christians in Tripoli rejected the message scrawled on the wall.

“But we are not afraid,” he said with a jovial smile, adding that the liturgy he conducted Sunday was well attended. “Nobody left the city. We’re still here.”

Still, the allusion to ISIS has some on edge. The terrorist group, which aims to establish an Islamic caliphate across the region, has made rapid advances in Iraq and Syria since June. This summer, ISIS issued a statement directing Christians living in Iraqi regions under its control to convert to Islam, pay a religious tax or risk death by the sword.

Some Christians of Tripoli voiced fears that the community in the city, where Islamist flags fly on many lampposts and over storefronts, would face a similar fate.

“Christians are facing a real threat in Tripoli today,” said Michel Akari, a member of Tripoli’s Maronite Church Council. “I don’t want the problems from Iraq and Syria to come to Lebanon because they affect Christians.”

“There are a lot of people who are standing with them [ISIS],” said Bassam, a Tripolitan Christian and member of the Internal Security Forces. “If danger comes to Tripoli, it will be every man for himself.”

Most Tripolitans, however, say that the city’s history of coexistence will prevail over threats posed by ISIS. “The people here, they live together, the Muslims and the Christians,” says Joseph Yarouck, the director of a Catholic school on Tripoli’s Church Street.

“Today, 90 percent of our students are Muslim, and until now, we have no problems,” he added. “But what will happen in the future, I don’t know.”

Christians are not alone in their concern over ISIS in Tripoli, he added. “Many Muslims are worried about these guys. There is no tolerance with them.”

“I’m worried just like anybody else,” agreed Wissal Shaaban, a young Muslim woman. “Mostly I’m worried about minorities, because they’ll think this is how Muslims do things.”

“But the real Muslims from Tripoli, we have no problems with them,” he stressed.

Smoking nargileh with a group of friends, a middle-aged Muslim man named Bilal said he had recently seen an inscription alluding to ISIS spray-painted on a housing complex near an Orthodox church.

“I spray-painted over it,” he said, taking a long drag from the water pipe and gesturing with the hose toward the now-illegible text.

“We don’t want any problems like that,” he said. “We smoke nargileh with Christians too.”

It remains unclear just who is responsible for these graffiti threats.

A young man from Baalbek was arrested earlier this month after creating a Twitter account for a fictional terrorist group, the Free Sunnis of Baalbek Brigade.

He had used the account to threaten Lebanese Christians and various political figures.

Hajjar said he did not know who spray-painted the ISIS threat on his church. “It could be a joke, or it could be someone from ISIS,” he said. “I’ll leave it to the Lebanese authorities.” – Additional reporting by Mazin Sidahmed 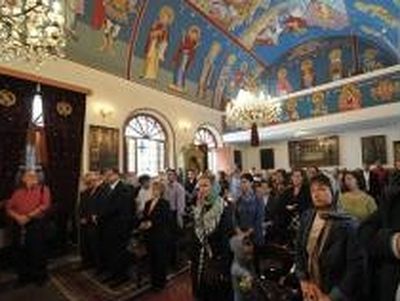 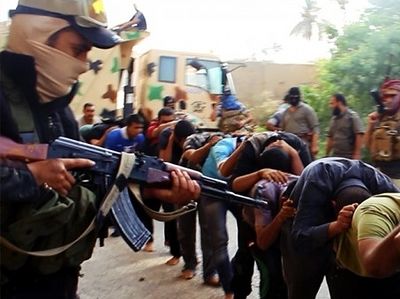 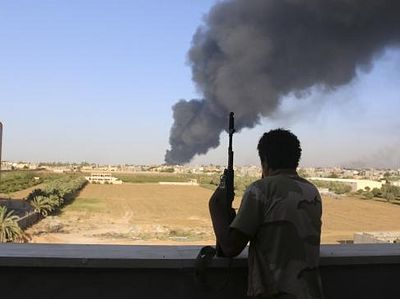 Libya: in Tripoli Salafis prohibit sale of icons and crosses

Libya: in Tripoli Salafis prohibit sale of icons and crosses The militant islamists, who are controlling a number of districts of the Libyan capital of Tripoli, have banned jewelers from selling jewelry in any way related to Christian themes.
Комментарии