Saint Petre was the first catholicos of Georgia. He led the Church of Kartli from the 460s through the beginning of the 6th century. According to God’s will, St. Petre inaugurated the dynasty of the chief shepherds of Georgia.

It is written in the biography of Holy King Vakhtang IV Gorgasali that the king was introduced to Petre, a pupil of St. Gregory the Theologian, during one of his visits to Byzantium, and he became very close to him. At that time he was also introduced to the future catholicos Samoel.

The close spiritual bond of the holy king and the catholicos, combined with their concerted efforts on behalf of the Church, contributed immeasurably to the establishment of friendly political relations between Georgia and Byzantium and the proclamation of the autocephaly of the Georgian Apostolic Church.

Having returned to his own capital, King Vakhtang sent an envoy to Byzantium to find him a wife. He also sent a request that the hierarch Petre be elevated as catholicos and that the priest Samoel be consecrated bishop. He pleaded with the patriarch to hasten the arrival of Catholicos Petre and the twelve bishops with him. The patriarch of Constantinople approved King Vakhtang’s request to institute the rank of catholicos of Georgia. Since the Georgian Church was still under the jurisdiction of Antioch, Petre and Samoel were sent to the Antiochian patriarch himself to be elevated. The autocephaly of the Georgian Church was proclaimed upon the arrival of the holy fathers in Georgia.

St. Petre ruled the Church according to the principle of autocephaly and established a form of self-rule that would later help to increase the authority of the Georgian Apostolic Orthodox Church.

The mutual respect and cooperation of the catholicos and the holy king laid the foundations for future, harmonious relations between secular and Church authorities in Georgia. Their example defined the authority of the Church and a national love and respect for the king.

Petre accompanied Holy King Vakhtang Gorgasali to war with the Persians in 502. It is written that “the fatally wounded king Vakhtang summoned the catholicos, the queen, his sons and all the nobility.” St. Petre heard the king’s last confession, granted the remission of his sins, presided at his funeral service, and blessed the prince Dachi (502–514) to succeed him as king of Kartli.

Holy Catholicos Petre led the Georgian Church with great wisdom to the end of his days.

St. Samoel ascended the throne of the Apostolic Orthodox Church of Georgia in the 6th century, after the holy catholicos Petre. Like St. Petre, Samoel was a native of Byzantium. He arrived with Catholicos Petre in Georgia as a bishop, at the invitation of King Vakhtang Gorgasali and with the blessing of the patriarch of Constantinople. At that time Svetitskhoveli in Mtskheta was the residence of the catholicos.

After the repose of Catholicos Petre, Samoel succeeded him, and King Dachi “bestowed upon him the city of Mtskheta, according to the will of King Vakhtang.” St. Samoel led the Georgian Church during the reigns of King Dachi and his son Bakur. He initiated construction of Tsqarostavi Church in the Javakheti region.

What we know of St. Samoel’s activity paints him as a pastor who demonstrated great foresight and cared deeply about his flock. He was also a close acquaintance of the holy martyr Queen Shushanik.

St. Samoel faithfully served the Autocephalous Church of Georgia and labored to strengthen the Christian Faith of the Georgian people to the end of his days.

O Holy Petre, first catholicos of Kartli, and Blessed Samoel, heirs of the disciples and wise shepherds of the Iberian Church, pray to God for us! 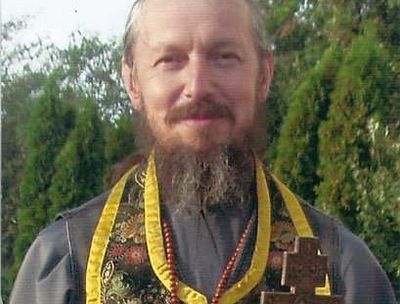 Blessed Peter, Fool-for-Christ of Pochaev Archimandrite Avvakum (Davidenko), Sergei Geruk Yes, not long before his death he was tonsured a monk and given the name Pavel. After his death, certain others tried to copy him, but with time they understood that it is impossible to emulate him. He was a unique individual, and the God gave him the gift to be what he was. Madmen called his life madness, but he is among the righteous and his lot is with the saints. 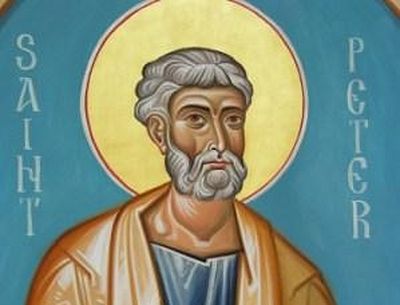 The apostle Peter and orthodox conscience Archbishop Stylianos of Australia

The apostle Peter and orthodox conscience When we speak about the Apostle Peter, our mind usually goes to the plethoric and dynamic Apostle, who stood out among the Twelve as 'the head Apostle'. For we remember how often we see him from within the sacred texts, being the leader in various activities, acting also on behalf of the rest of the Apostles, yet without separating himself from them. 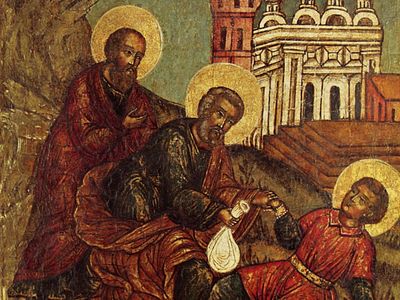 St. Peter, Tsarevich of the Horde (1290) Commemorated June 30/July 13 One day, after the holy hierarch Kirill had reposed, Peter fell asleep on the shore of the lake after a hunt. He had an amazing dream: two men shining with an unearthly light woke him and said, “Peter, your prayer has been heard, and your almsgiving has risen to God.”
Комментарии
Войдите через FaceBook ВКонтакте Яндекс Mail.Ru Google или введите свои данные: