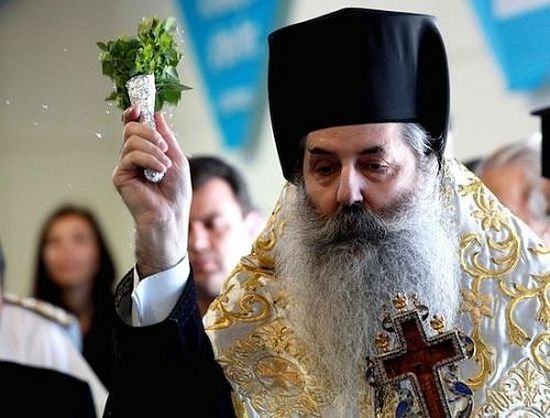 The same processes are going on in the countries that have joined or are intending to join the European Union: thus, an “Anti-discrimination law” recently has been passed in Georgia, and now an “Anti-racist law” was passed in Greece. Their contents are practically identical. The Church is opposing these laws, but it is hardly changing anything so far.

Metropolitan Seraphim has expressed his indignation as the Greek government, comprised of representatives of the “Pasok” and “New Democracy” parties, deceived the Holy Synod of the Church of Greece, concealing from the hierarchs the addition to the original bill of a statute to punish those who offend individuals with homosexual orientation, reports Athens Tribune.

Furthermore, the justice minister cynically lied at the third summer session of the Parliament, stating that the Church allegedly consented to the legalization of homosexual orientation and introducing its legal defense by the deputies.

“Passing the so-called “Anti-racist law” drastically transforms our legal culture and changes the value ideals of our motherland,” reads the metropolitan’s article, published by the Greek media. “For the first time in the modern history of Greece a law has been passed that abolishes freedom of expression and introduces legal liability for an accusatory speech, which is one of the main components of pastoral practice… At the same time, the judicial and legal protection of homosexual orientation, which is a perversion of the human nature and physiology, was introduced.

“The enacted law contradicts many clauses of the Greek Constitution…

“In a fascist-like manner, freedom of speech is banned and a step toward to the abolition of freedom of thought is being taken.”

According to the metropolitan, by adopting this unconstitutional law, “the strategic aim of ‘the New World Order’ has been attained: people without moral identity or immunity against manifold evils, corruption and lechery become an amorphous material and an easily manipulated mass, controlled by the sly and mean conspirators of the financial markets’ global dictatorship. What was described in the classical work, 1984, by George Orwell (1903-1950), is now being fulfilled: whoever controls the human language, controls thoughts as well. New terms have been invented: “islamophobia”, “homophobia” and so on. They are aimed at a specific type of person: a citizen who likes the history, culture, and traditions of his or her nation; that is, an interested European Christian”.

In Metropolitan Seraphim’s view, after adoption of the new law, the Church of Greece will be obligated to abolish the Committee on Heresies of the Holy Synod; since, for calling someone a heretic one may face persecution for “fomenting religious strife”. 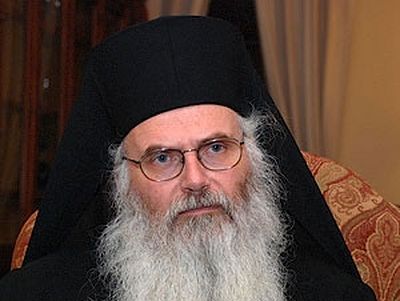 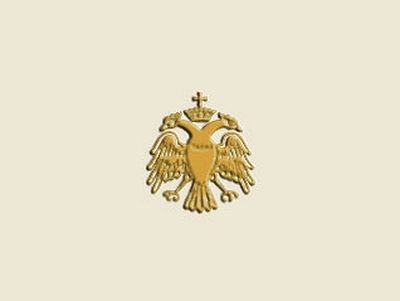 Hierarchs protest against state's interference in affairs of Church of Greece

Hierarchs protest against state's interference in affairs of Church of Greece Greek Hierarchs consider the order of the Ministry of Finance of April 2. 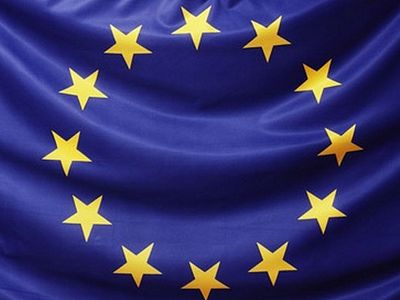 Brussels, Washington Pressure Greece, Romania To Recognize Kosovo’s Independence Washington and Brussels boost pressures on five EU member states that have not recognized Kosovo’s independence to change their attitude, and in the last weeks under attack are particularly Greece and Romania.
Комментарии
Fsahaye18 сентября 2014, 07:00
As Christian it is against the law of our Bible and God didn't said that , so iam strongly recommend that is not our bible law and it is not allowed any one to push as in our belives, and we need to take some action to control please We need to pray everything is from God.