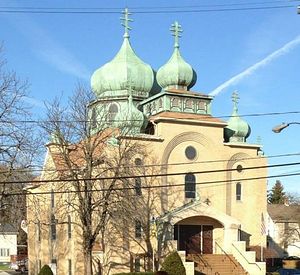 Pride in their heritage prompted a small group of Ukrainian families to found Sts. Peter and Paul Ukrainian Orthodox Church in 1924.

That legacy remains an integral part of the church at 1025 N. Belle Vista Ave. Though members are proud of the church history and its role in the community, they are focused on the present and future of the church on the West Side.

Recently, the Rev. John Harvey, pastor; Joseph Ewanish, president of the parish; and Walter Duzzny and Robert Mark, trustees, talked about the church.

Duzzny said the desire to have its own ethnic church prompted the Ukrainian group to buy property on North Belle Vista, where a small wooden church was built. From that beginning, Sts. Peter and Paul bought land for its cemetery and chapel between Bon Air and Osborn, off Vestal Road, and built a social hall, new church, pavilion, rectory and Orthodox Center.

“In the early days, a funeral procession went from the church to the cemetery,” Father Harvey said. The path had to change when Interstate 680 was constructed.

Well-worn paths in the church neighborhood led the way to U.S. Steel Carnegie Works and Youngstown Sheet and Tube, where many church members worked. There was a bus stop near the church, which provided convenient transportation to the church and workplaces.

The foundation of what remains a “close-knit community” began then. Mark said. In those early years, the church had a membership of some 800. Today it stands at 171 adult members. “People have left the area for jobs elsewhere,” Duzzny said.

Though smaller in number, the membership is big on activity and participation. The St. Mary Guild, or “sisterhood,” as it is called, Duzzny said, performs traditional and nontraditional duties at the church. Members prepare food for events and host social activities.

Father Harvey said the church has a well-deserved following for its nut and apricot kolachi, which is sells during Christmas. “We’re known for good kolachi,” said Father Harvey, who added that positive comments were passed by “word of mouth.”

The church also makes stuffed cabbage and haluski, other popular ethnic dishes in the community.

The pastor said devotion to the church is based on “stewardship and tithing.” “The Christian idea of giving of one’s self and time is shown,” Father Harvey said. The leadership of parish encourages and supports involvement in activities.

This also includes participation in national and international missions that the church supports financially. The pastor said the church has been involved with three orphanages in Ukraine, and mission groups have visited. They have taken money and materials to benefit the state-run orphanages.

Church members and community residents turn out for bingo from 6:45 to 9:15 p.m. Mondays and Wednesdays. The “bingo brigade” makes the fundraiser run efficiently. “Bingo is labor intensive,” Father Harvey said. “We have dedicated workers.”

Mark said he’s been on the “brigade” for about 10 years. “It’s work but there’s a lot of camaraderie,” he said. “People come for the socialization, and they know it’s a safe, clean environment.” Bingo also features food for sale, which is another drawing card. “You can get ethnic food,” said Ewanish, who has been involved for some 15 years.

The men also pointed out that the church choir, directed by the Rev. Gregory Becker, is an integral part of liturgy. The 15-member group “sings the service,” Father Harvey said. “The choir has a huge repertoire.”

He also said that visitors are impressed that the choir sings everything a cappella. The choir sings mainly in English and occasionally presents a selection in Ukraine. “The sound of the language pulls at the heartstrings,” Father Harvey said.

A 23-member board of directors oversees the operation of the parish. Duzzny said the group meets monthly to keep tabs on activities and discusses the future. “We know there are challenges, and we want to keep the church together,” Duzzny said. “We have vocal meetings but it’s positive input.”

The church is working on forming a chapter of Ukrainian veterans.

In the community, Sts. Peter and Paul participates in the Slavic Fest and hosts a “malanka,” New Year celebration with ethnic foods and dancing. From 4 to 7 p.m. Monday, the church will offer a free community meal.

Its 12,000-square-foot Orthodox Center is the site for a ballroom dance group that meets weekly and is where Father Harvey teaches folk dancing from 7:30 to 9:30 p.m. Thursdays. 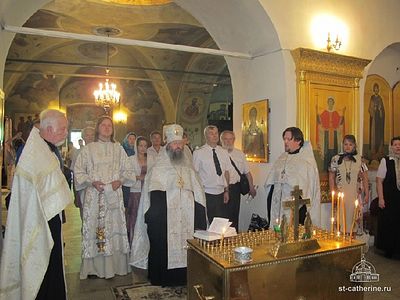 270th Anniversary of the discovery of Russian America marked in Moscow 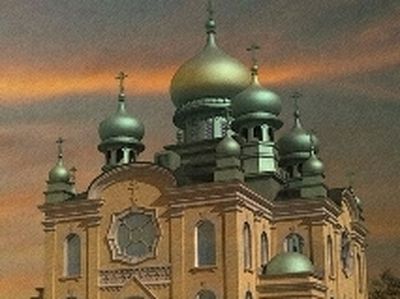 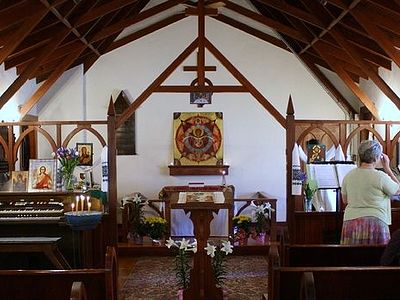 Paths of the Spirit: And now a few more words from our sponsor

Paths of the Spirit: And now a few more words from our sponsor St. Anthony of the Desert is a mission of the Ukrainian Orthodox Church of the USA. All services are in English with a little Spanish. We are in the communion of international Orthodox Churches, with 350 million people worldwide, and in America we participate in the Assembly of Canonical Orthodox Bishops.
Комментарии