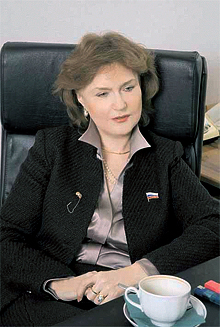 Not long ago the documentary film by the Superior of the Sretensky Monastery, Archimandrite Tikhon (Shevkunov) entitled, The Fall of an Empire, was aired on Russian television. In an interview with Alexei Sosedov of internet news review portal Interfax Religion, Natalia Narochnitskaya, Doctor of Historical Sciences and President of the Historical Perspectives Fund, shares her impressions of the film.

The film Fall of an Empire displayed in panoramic vision the general movement of human history—what modern man does not want to look at. Unfortunately, modern man sees only the surface of this film, wishing to guard himself from the yoke of responsibility for his actions as observed under the microscope of history. Modern man prefers to see that small stitch of zigzag on which he sits, and doesn’t want to know where this winding river of history flows as a whole. The film reminds us about our foremother Byzantium, something intentionally removed not only from the soviet Russian historical awareness, but also from that of the European.

This film is useful, and it actually was historically accurate, although any film of this kind is bound to contain some over-simplification. But our liberals prefer to argue over this or that detail; for example, they say that something was taken at times from this century, at times from another. But this is because the concept itself is unbearable to them, for it suggests that something other than the West is the light of the world!

There is no flattery in the film with respect to Byzantium; it showed Byzantium’s life forces and how it lost them, how these forces’ meaning was lost, and how this is what destroyed the Empire, while others only took advantage of the situation. It is perfectly true that up until the middle of the second millennium Byzantium was actually the cultural metropolia of the world, while Western Europe, where kings only bathed twice a year—when they were born, and when they were placed in the coffin—was less than a province; it was the backwater of this civilization. Meanwhile in Byzantium manners were very refined by historical comparison, domestic culture and living standards were developed, as well as architecture, trade, and make of clothing. This is all absolutely true, just as it is true that after Byzantium’s fall all intellectual thought moved to Western Europe, and served as an enormous push towards the development of Western sciences, culture, and civilization. Europe had fallen very far behind. Those material influences which the West secured for itself at the cost of its robbery of Byzantium and South America are not sufficiently reckoned—they are comparable in scope to centuries of measured, natural growth.

The main sense of the film consists in the fact that no technology, no science or external development can forestall collapse if the inner core is destroyed; if the connection is lost between what is personal and what is common; if civil sensibility is lost; if the understanding is lost that there is sin and there is virtue; and if the elite have become rotten, no longer recognizing themselves as part of the nation.

The West can also see a warning in this film, because the same thing is happening to Western civilization—a civilization which also had an impulse, a great culture founded upon the fiery conviction of Christian truth, upon the struggle between good and evil. This is where the monologues of Macbeth and Hamlet, and Schiller’s heroes came from. To what has all this come, if man’s most important choice right now is his brand of toothpaste, and his homeland is where the taxes are lowest? That is why they are helpless before the migrants—not because there are so many migrants, but because the Europeans do not have their own values. 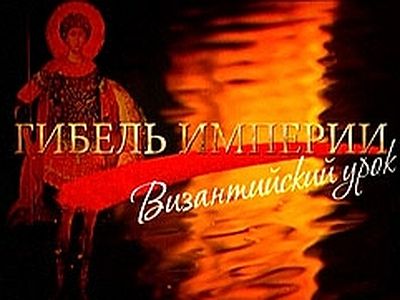 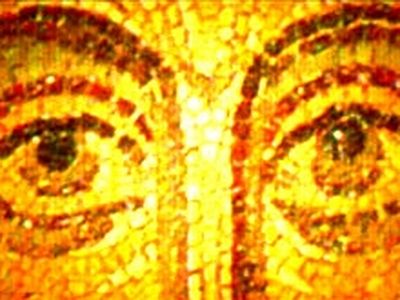 The fall of an empire—the Lesson of Byzantium 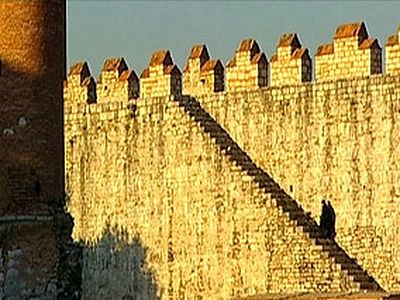 “The Main Thing Occurring in the Country Today is the Choice of its Path.” Interview with Archimandrite Tikhon (Shevkunov)

“The Main Thing Occurring in the Country Today is the Choice of its Path.” Interview with Archimandrite Tikhon (Shevkunov) No recent documentary film can boast of such a response among Russian viewers as the film by Archimandrite Tikhon, The Fall of an Empire—The Lesson of Byzantium. Some learned much that they did not know before, and drew conclusions from the history of Byzantium for their own lives. Some cast doubt upon Fr. Tikhon’s right to “teach” from the screen. But nearly no one who watched the “Lesson...” yawned and looked off to the side.
Комментарии
Войдите через FaceBook ВКонтакте Яндекс Mail.Ru Google или введите свои данные: