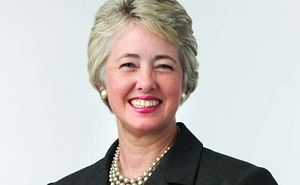 Houston Mayor Annise Parker had asked pastors to submit their sermons on homosexuality.
On Sunday, November 2, Family Research Council (FRC) will host a nationwide, live simulcast event from Grace Community Church in Houston, Texas. Called "I Stand Sunday," the simulcast will reach into over 2,500 churches and home groups nationwide. "I Stand Sunday" will provide churches across the nation the opportunity to stand with the pastors and churches in Houston who have been targeted and harassed by the city's mayor because they publicly challenged her efforts to advance policies that are in direct conflict with biblical morality.

FRC President Tony Perkins will serve as host for the simulcast which will also feature former Governor Mike Huckabee, Duck Dynasty's Phil and Al Robertson, the five Houston pastors who have been targeted by the mayor's subpoenas, Dr. Ronnie Floyd, who serves as president of the Southern Baptist Convention, along with many other national and local Christian leaders.

"Standing together across the nation, Christians have sent a strong message to Mayor Parker. While we are encouraged by this evidence that the Mayor is responding to pressure and withdrawing her unconstitutional subpoenas, this is about far more than subpoenas. As we have stated since the beginning of this intrusion into the private affairs of Houston churches; this is not about subpoenas, this is not about sermons, it is not even about biblical teaching on sexual immorality, it is about political intimidation and the bullying by Mayor Parker that continues.

"Despite the fact that the citizens of Houston gathered over 50,000 signed petitions in 30 days, which is 30,000 more than required by the city charter, the Mayor has refused to allow the people of Houston to vote on her unfair special rights ordinance that discriminates against religious freedom within the city and endangers citizens by declaring that public bathrooms can no longer be limited on the basis of a person's actual biological sex.

"The citizens of Houston have a right to vote, and Mayor Parker has denied them that right. America must see the totalitarianism that accompanies the redefinition of marriage and human sexuality, which results in citizens being denied their most fundamental rights.

"This Sunday night, thousands of Christians from across the nation will join 'I Stand Sunday' to support the pastors and Christians in Houston, Texas, and their fundamental rights of religious freedom, freedom of speech and the right to petition their government," concluded Perkins

Prior to the simulcast, FRC President Tony Perkins, Gov. Mike Huckabee, Pastor Steve Riggle, Dr. Ronnie Floyd and local church leaders will hold a 4:00 p.m. CT news conference at Grace Community Church where they will offer a preview of the event.

Brendan Eich: First on the New Blacklist The new blacklist means that while diversity of races, genders and sexual orientations is mandatory, diversity of thought and opinion is restricted. In Silicon Valley, they burn heretics. 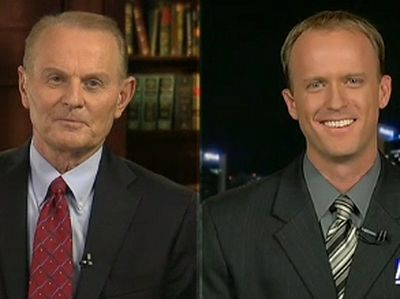