Another church shelled in Donbass

On Monday, December 8, the Church of the Protecting Veil of the Mother of God in Trekhizbenka village of the Slavyanoserbsk district of the Lugansk Diocese was subject to artillery shelling by the Ukrainian armed forces. 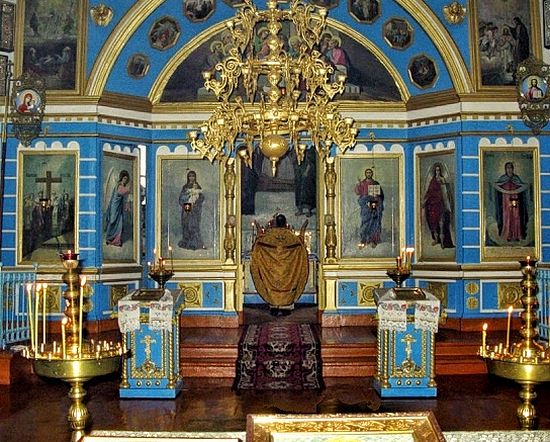 This was reported on Monday by Archpriest Alexei Slyusarenko from Lugansk on his page in a social network: “Today the church in Trekhizbenka has been subject to artillery shelling. Two shells have hit the church building, another one has hit the children’s playground nearby. By God’s mercy, nobody was injured,” cites his words Interfax-Religion.

Earlier, on November 23, 2014, representatives of the “Golden gates” punitive battalion of the Ukraine’s Ministry for Foreign Affairs committed acts of violence against Rector of the Holy Protection’s Church in Trekhizbenka village of the Lugansk Diocese Archpriest Alexander Mikheyev and his wife Vera Viktorovna.

According to eyewitnesses’ evidence, the punitive battalion members took away documents and cell phones from the 55-year-old priest and his spouse. In fact, Father Alexander was placed under house arrest. They put down their lawless actions to their ungrounded suspicions concerning the priest’s links with “the Lugansk People’s Republic terrorists”. In recent days Archpriest Alexander received threats that he would be driven away from the church, reports Sedmitza.ru.