St. Samthann was born in the second half of the seventh century in the present-day province of Ulster in Ireland. The earliest life of the holy woman was written several decades after her repose. Trustworthy versions of her life have survived, including one in Latin. She is also mentioned in the Martyrology of Tallacht and the Monastery of Tallacht.

According to one tradition, St. Samthann was distantly related to St. Patrick who lived over 200 years before her. As a child she was given to the Irish king Cridan to be brought up. When Samthann grew up, the king found her a suitable, rich candidate as a husband. But the future ascetic did not wish to marry, but rather to live in chastity, prayer and service to God. However, the king did not take her refusal seriously and began to prepare for her marriage. The night before the wedding, Samthann’s bridegroom woke up because of a supernatural light that had broken through the roof of the fortress. He got up and decided to look at this mysterious glow. The bridegroom came to the young girl’s bedroom and saw how a beam of light touched her and lit up her face with an unearthly radiance. Having understood this vision as the will of God, both the bridegroom and the king decided to allow Samthann to devote her life to service to the true Bridegroom, Christ.

Thus, St. Samthann became a nun and for some time stayed at a convent in Tyrone or Donegal. Her spiritual mother in one of them was probably St. Cognat. Later the saint moved to the convent of Clonbroney to the south of the present-day town of Longford (the main town of the county with the same name in the Leinster province of the Republic of Ireland). Tradition says that the previous Abbess of Clonbroney had a vision just before St. Samthann came and was told that a future great and holy abbess was arriving. Thus, Samthann was already expected by the abbess when she came. Soon St. Samthann did indeed become Abbess of Clonbroney. According to another version, Samthann was not only abbess but also foundress of the convent. It is also possible that the convent had existed as early as the age of St. Patrick and St. Samthann only restored it.

Abbess Samthann accepted no gifts: she took neither lands nor estates, preferring to live in poverty and simplicity and taught her nuns to live the same life. Thus, a herd of only six cows gave milk to the whole community. Through her prayers the saintly abbess healed the sick and was famed for numerous miracles. One day, workers labouring in the convent were tired and very hungry. As soon as they began thinking about eating, 40 loaves with butter, cheese and milk suddenly and miraculously appeared before them. And the saint asked them at their next meeting: "Is it true that the Lord has fulfilled the desire of your hearts?" As is the case with many other Irish female saints, Samthann was noted for multiplying food for those who needed it.

The Creator granted the abbess great wisdom. Men and women, laypeople and monks flocked to her for advice and guidance. Once a certain monk asked Samthann in which position he should pray. The abbess replied that it is possible to pray in any position: standing, sitting or lying. One teacher was going to give up spiritual reading and devote most of his time to quiet prayer. But the saint warned him that if he neglected spiritual reading, he would never learn the prayer of the heart, because he would not know how to keep his mind attentive and prevent his thoughts from wandering. Another time the same teacher intended to go on a pilgrimage to some very distant country. But the abbess reminded him that we can reach the Kingdom of Heaven without crossing the borders of our own country, that the Lord is present everywhere and He is always particularly with those who call on His name with sincere faith. 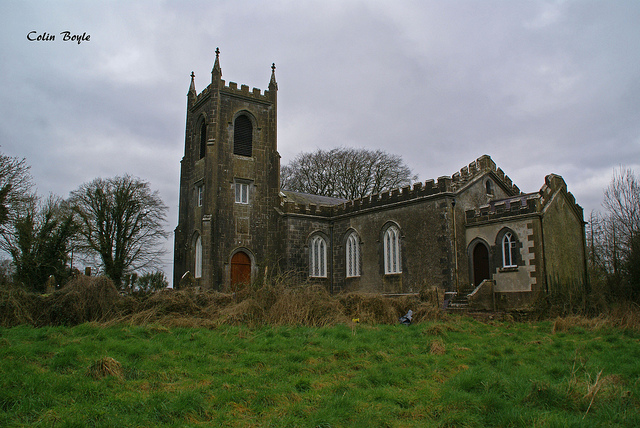 Church of St. John the Baptist in Ballinalee, longford.

All versions of her life say that Samthann was always in a good mood and high spirits. She saw many events occurring with people even at a great distance and the thoughts of others were often revealed to her. Prayers of the abbess often rescued people from difficult situations. It was even said that once a soul was released from hell through the fervent prayers of St. Samthann. Once brethren of the Scottish Monastery of Iona sent several monks with goods on a boat to the holy woman. In the middle of their journey the sea suddenly became turbulent, waves got higher and the wind stronger. The storm menaced them with death. But the companions relying on God and protection of St. Samthann did not panic—the sea soon calmed down completely and they reached the convent safely. 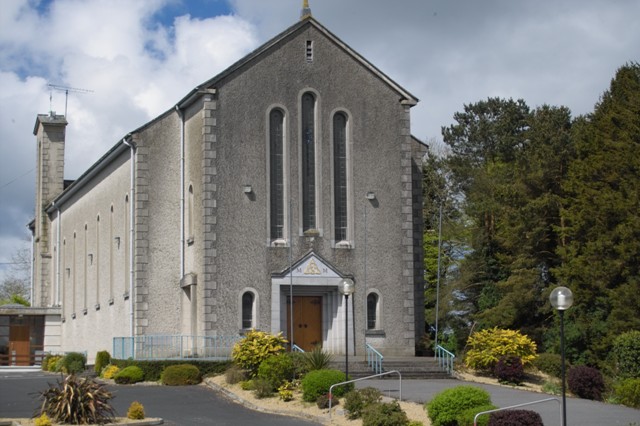 According to one tradition, St. Samthann corresponded with the young St. Maelruain, the future founder and Abbot of the famous Monastery of Tallacht, inspirer of the ascetic movement of the Culdees. Once she predicted that this youth would become a great man. St. Samthann reposed in 739. According to her life, on the night of her repose one holy abbot in a vision saw her soul ascending to the Heavens. She was venerated not only all over Ireland, but in continental Europe as well, especially under the influence of the Irish St. Virgil, Bishop of Salzburg, who spread her fame to Europe. The convent of St. Samthann in Clonbroney flourished until the twefth century and was among the three the most famous monastic centres in the whole of Ireland. Now only its ruins survive and a village called Ballinalee (its name means “the mouth of the calves’ ford”) exists on its site. There are three churches very close to the site of the original convent, dedicated to the Holy Trinity, St. James and St. John the Baptist. A local school is named after St. Samthann.

Holy Mother Samthann, pray to God for us! 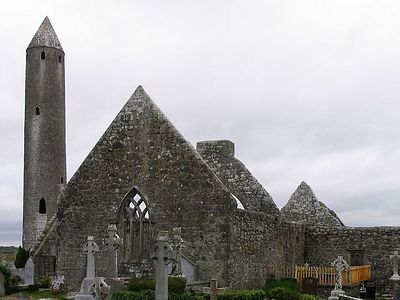 Saint Colman of Kilmacduagh in Ireland, Wonder Worker Commemorated: October 29/November 11 Dmitry Lapa St. Colman’s zeal and thirst for spiritual perfection were so strong that with time he resolved to leave the island monastery and to retreat to a remote and quiet place to pray more deeply.
Комментарии