The critical period for Mission in Uganda is now 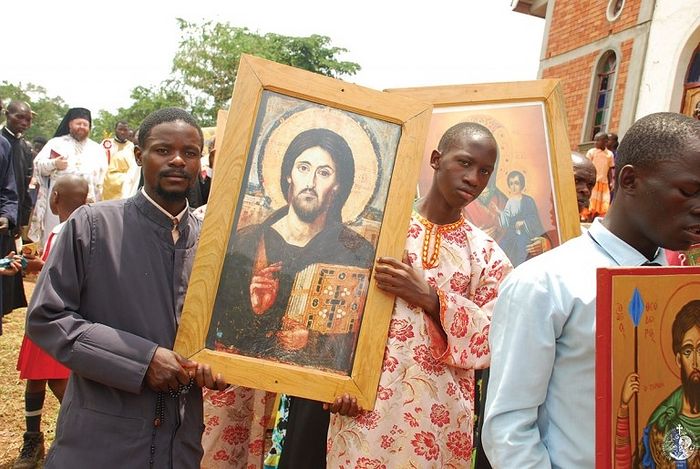 The seed of Orthodoxy has germinated in Uganda and the Orthodox Church has started growing in this African country despite the innumerable difficulties and obstacles it was confronted with. This is already an undeniable fact in people’s thoughts and in world history. As regards the constitutive relation of each Orthodox member with the Triune God, this is a question which belongs to those mysteries that remain inaccessible to objective research and experience.

Such and other similar questions make this period the most critical in the history of the Orthodox Mission in Uganda. Besides, it must be consciously accepted that the work of the Orthodox Mission in Uganda has been much delayed too. Historians are required to describe the reasons for this delay in admonition of future generations. Now as regards us, the questions we have concern issues and problems encountered in our living reality.

Despite the contradictory state of events, we believe that God’s plan is actually being unfolded, particularly for Uganda. However, we never stop worrying about the whole of our mission, especially the poor priests serving in Uganda during this critical time. This is so because when the current economic crisis emerged so abruptly, the flock was not yet mature enough to bear material, social and spiritual fruit for self-sustenance and perpetuation of the missionary work. Therefore, the priests in Uganda will have to exceed their powers in order to continue preparing the flock so that it attains maturity and self-sustenance. This means that for as long as we have to live and face this financial crisis and our Orthodox congregation is not yet mature enough to promote and continue the apostolic work, the heavier load will have to be carried by the priests.

For Uganda, from the entire flock of the faithful, after the priests, another group that bears a great deal of responsibility is that of teachers and catechists. While the priests primarily serve the church-based cycle of the Sacred Mysteries, teachers and catechists primarily serve the school-based cycle of education. We try to make this clear to everybody that the priests are also responsible for the life and proper operation of the schools. Naturally, teachers do not want to understand this because for them, school employment is more advantageous than church employment. The schools here are somewhat productive and financially self-sustained while the churches have not reached that level yet. Church work is voluntary and does not involve too many restrictions. School work is done under more pressure due to the social system. That’s why at the present time the schools must help the churches financially until the churches reach the point of being able to help the schools in the future. This will be achieved provided the same members-parents view spiritual progress as a primary need… 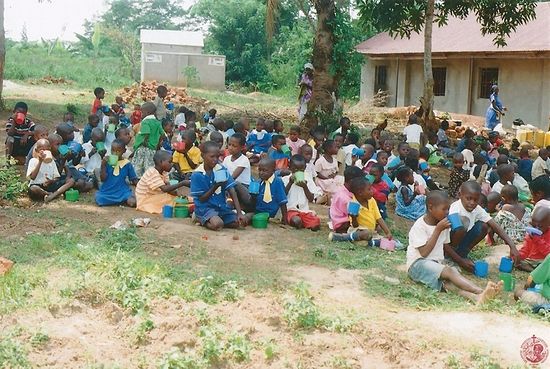 This dialectic of the most critical period for the Orthodox Mission in Uganda could be extended to other groups of the flock as well. However, the Arch- Shepherd Christ has His own plans for the course of events. We hope for the best. 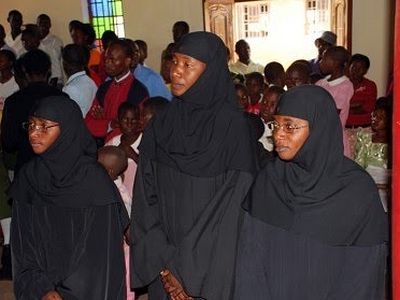 First Orthodox Monastery In Uganda Established On the Sunday of Orthodoxy, March 13th, the Pope and Patriarch of Alexandria and All Africa Theodoros II, after the Divine Liturgy, accompanied by His Eminence Metropolitan of Kampala Mr. Jonah, the Clergy, the Egyptian Ambassador, the Muslim religious worker in the area and many visitors went to an adjacent area of &#8203;&#8203;the Parish of Anthony the Great Monte and held the ceremony to found the first Orthodox Monastery in Africa, dedicated to Saint Mary of Egypt. 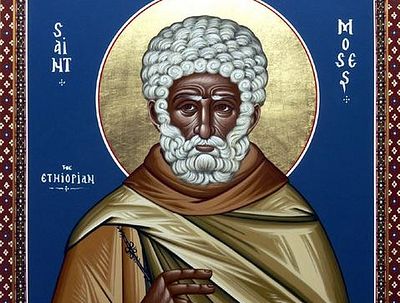 Conference celebrates African roots of Christian Orthodoxy The Livonia woman, who was raised a Missionary Baptist and converted to Lutheranism, visited an Orthodox Christian Church one day several years ago and watched as white worshippers kissed the image of a dark-skinned man. It was the feast day of St. Moses the Black and the congregation had lined up to venerate his icon. 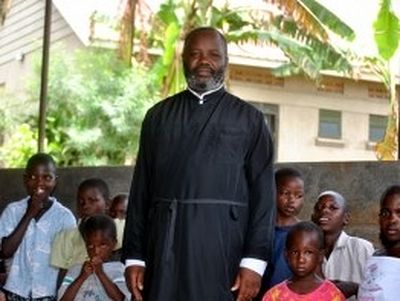 A Greek Priest in Uganda

A Greek Priest in Uganda Yet, in this forgotten place of Africa, a man has dedicated his life to create a better future for hundreds of poor children. Father Antonios Mutyaba, together with his wife Charitini, and with the support of the Greek Orthodox Diocese of Kampala, is working hard to provide a chance in life for the children in Luweero.
Комментарии
J Clivas19 января 2015, 16:00
Deepest Africa has had centuries to "mature", but it won't.