On February 17, 2015, under the chairmanship of His Holiness Patriarch Kirill of Moscow and All Russia, this year’s first meeting of the Supreme Church Council of the Russian Orthodox Church was opened in the Patriarchal Cathedral of Christ the Savior in Moscow. 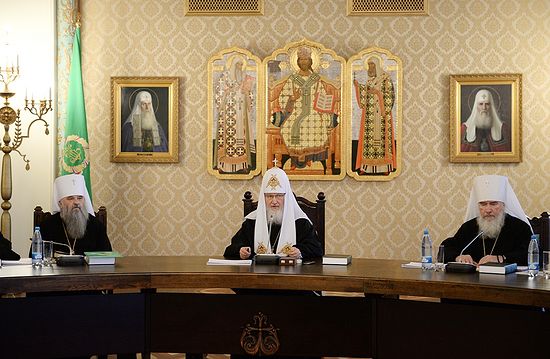 Beginning the meeting, head of the Russian Orthodox Church in his opening speech touched upon the theme of the present conflict in the Ukraine.

“Today is the third day since the beginning of the ceasefire – a new attempt to stop the tragedy in the Ukraine,” His Holiness noted. “The Russian Orthodox Church is supporting all the peace-keeping efforts and is itself the very peace-making force which from the beginning of the war was above the conflict, not identifying itself with any political force, and its sole purpose of the activity in the Ukraine was the speedy termination of the fratricidal war”.

“That is why we particularly welcome the latest steps (the Minsk agreements),” the patriarch continued. “We hope that by the grace of God blood will cease to be shed in Donetsk, Lugansk and other places – news reports from there leave no one indifferent. I mean not only the Church people, but the whole nation. At every Divine Liturgy we pray for peace in the Ukrainian land and believe that the Lord is listening to our prayers, though He allows sorrows.”

“The whole of the 20th century century and, indeed, the entire history of mankind teaches us that the Lord allows wars, sorrows and suffering, and for everyone it is a test – for those who suffer physically as well as those who suffer morally, spiritually. And for the Church, the periods of people’s woes is always a time of special prayer. That is why I am asking you to persevere in our ceaseless prayer, to implore God to soften the evil hearts, to help us overcome the obstacle that the Russian nation has encountered,” the primate stressed.

“I would like to point out the position of the Ukrainian Orthodox Church (of the Moscow Patriarchate) and its head, His Grace Metropolitan Onufry of Kiev, who last week in his archpastoral address called upon everyone ‘who calls him/herself a Christian to stop killing each other immediately,’ to act according to the Lord’s commandments, out of love for neighbors. For it is possible to kill a person not only with of weapons, but also by an unkind word, hatred, or contempt. Because wars begin not in battlefields, but in the hearts of people,” head of the Russian Church added.

“I believe that the right words of His Grace Metropolitan Onufry as well as the pastoral position of our Church will be remembered with appreciation by those who, with time, having an unbiased view of the ongoing events, will see the genuine truth both in the Church's stand and in the words of Its primate. I have opened our meeting with these words, recalling the Ukraine and the recent events as I believe that there is no more important issue today than peace in the Ukrainian land,” His Holiness Patriarch Kirill said in conclusion. 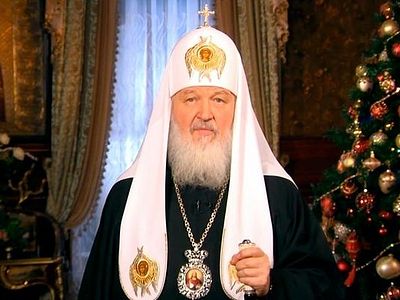 Patriarch Kirill: “Any crisis is based on people’s lack of moral well-being” 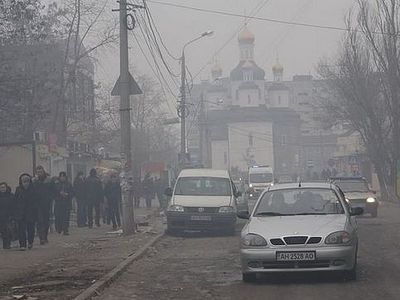 V. Legoida on the recent events in Kiev: “The arson of church is a step towards new divisions”

V. Legoida on the recent events in Kiev: “The arson of church is a step towards new divisions” “Frighteningly often we receive reports on shelling, arsons and destruction of churches of the canonical Ukrainian Orthodox Church,” the Synodal Information Department’s chairman noted. 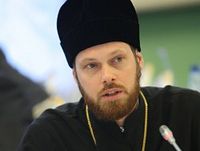 Strasbourg representative points to possible Soviet-style persecutions in the Ukraine

Strasbourg representative points to possible Soviet-style persecutions in the Ukraine The Church official pointed to numerous incidents of destruction and arson against Orthodox churches, seizure of churches by groups of the self-proclaimed “Kiev Patriarchate,” and threats against UOC priests and believers.
Комментарии