First Timothy 2:12–14 is one of the texts most commonly cited in debates over women’s ordination: “I do not allow a woman to teach or exercise authority over a man, but to remain quiet. For it was Adam who was first created, then Eve. And not Adam was deceived, but the woman being deceived fell into transgression.”

Some inside and outside the Church regard this text as prime evidence that Christianity is inherently misogynistic. Even for Christians who take the text at face value, it seems a thin reed. What hath Adam to do with the pastoral ministry?

Paul knows what he’s about. In Genesis 2, the human race starts out in God’s house, the garden-sanctuary of Eden. Nearly every feature indicates that the garden is a temple. Like other biblical sanctuaries, it’s oriented to the east. It’s a well-watered spot, a place of life-giving food, a sacred place where Yahweh is present to his creatures. After the fall, cherubim are stationed at the gate, anticipating the cherubic guardians of the tabernacle and temple. Later sanctuaries are reconstituted gardens; the garden is a proto-sanctuary.

Adam is created first and commanded to “cultivate and keep” the garden—or, better, to “serve and guard” it. Both terms describe priestly ministry. Priests are guardians of holy places and household servants of the Great King of Israel, and Adam is the first of the line.

Yahweh’s “It is not good for the man to be alone; I will make a helper suitable for him” should be understood in this context. What Adam needs is not a friend, but a liturgical partner—a hearer and speaker to converse about the word of Yahweh, a singer to harmonize his praise, a respondent to his versicles, a table companion to break bread with him in the presence of God. Once Yahweh forms Eve, Adam is to guard and serve her too. He speaks Yahweh’s word to her and shares fruit from the tree of life. Paul says elsewhere that the woman is the glory of the man, and, in guarding Eve, Adam guards a bright radiance of glory.

Satan’s temptation is a perverse liturgy: first the serpent’s deceptive word, then “sacramental” food that opens Eve’s eyes. Instead of guarding Eve, Adam stands passively “with her” (Genesis 3:6), watching in fright as the serpent seizes Adam’s liturgical role. Adam falls in that he forsakes his priesthood.

Men and women are biologically different in ways that used to be obvious to everyone, but Genesis isn’t about biology. Churches are confused about ordination because we are materialists who identify the order of creation with biology, who assume that everything but physics is cultural construction. Liturgical differences aren’t imposed on the more basic physical differences. For Paul and Genesis, differences between male and female are essentially symbolic, fundamentally liturgical.

Admittedly, this isn’t a full defense of a male-only ministry, or even a complete explanation of 1 Timothy 2. But it shows that Paul has good reason to appeal to Genesis in support of a male pastoral ministry. And this line of argument also indicates the wider cultural ramifications of the struggle over women’s ordination.

The claim that homosexual desires and acts are “unnatural” is also an appeal to the order of creation. Opponents of same-sex marriage use the same passages of Genesis that Paul does in 1 Timothy. The Church’s historic stance on homosexuality and her traditional position on ordination have in common the divine design of creation.

The parallel isn’t accidental. Though sex acts aren’t part of biblical worship, Scripture frequently draws analogies between liturgy and sexuality. Since it was written, the Song of Songs has been read allegorically, and rightly so. It’s full of temple imagery: The Beloved describes herself as dark as “the curtains of Solomon” (Song 1:5); the lovers’ room is made of cedar and cypress (Song 1:16), temple materials; they retreat to a “garden” to enjoy their love feast (Song 5:1), and the temple was an architectural garden. This erotic symbolism carries over into Christianity. The Church gathers in the Lord’s presence as the “Bride of Christ” to enjoy a foretaste of the “marriage supper of the Lamb.”

Liturgical order and sexual order stand together, and they may fall together. For now, some churches try to split the difference: The sexes are interchangeable in the pulpit and at the table, but radically distinct in bed. That unsteady position will erode, and churches won’t be able to hold the line on the same-sex marriage issue without revisiting and resolving the question of interchangeable sexes in pastoral ministry. 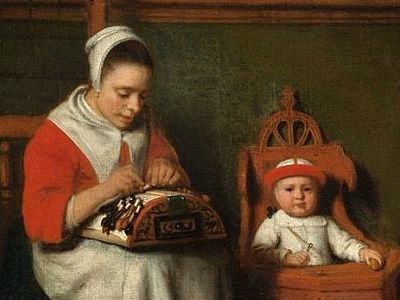 Women in the Orthodox Church Brief Comments from a Spiritual Perspective

Women in the Orthodox Church Brief Comments from a Spiritual Perspective There are multitudes of righteous women, known and unknown in our Church, which is often misleadingly characterized as “male-dominated”. This treatise by Archbishop Chrysostomos in Orthodox Life can shed some light on our understanding of the relationship of women’s and men’s roles in serving the Church.

Church of England to Allow Female Bishops as Soon as December Last week, Canon 33 of the General Synod, the governing organ of the Church of England, reads "A man or woman may be consecrated to the office of bishop."

The European Left’s War On Christianity It was an attack of unreasoning rage and unrelenting hatred on one of the world’s greatest symbols of love and peace, life and hope.
Комментарии