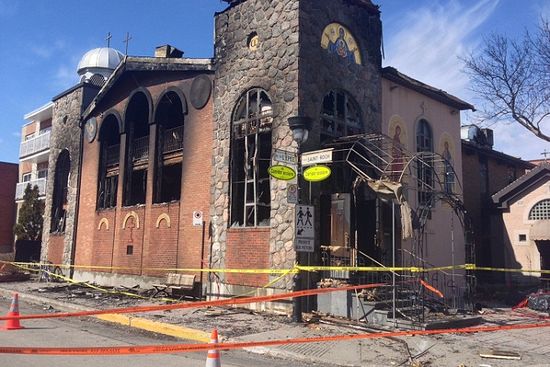 At around 8 p.m., over 70 Montreal firefighters were called to the church on De L’Épée Avenue.

The church was evacuated and no one was injured.

It wasn’t until close to 11:30 p.m. that the fire was brought under control.

Adjoining streets were blocked off to traffic and the power was cut off in the neighbourhood.

Officials are investigating the cause and origin of the fire.

“At this point, we have no reason to believe it is criminal.”

Montreal police spokesperson Mario Frappier told Global News that there was no reason to suspect the fire was suspicious.

“We know there was a celebration last night, and the blaze started right after. Was it a candle that wasn’t well extinguished or something like that?”

Koimisis Tis Theotokou Church was constructed in 1962. In 1968, it was purchased from the Apostolic Church of Canada and transformed into a Greek Orthodox church and featured an ornate guilded interior. 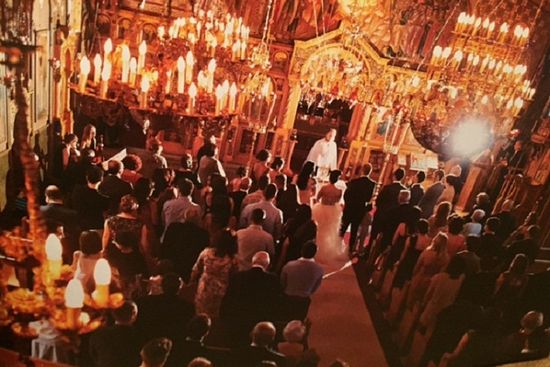 A vigil is planned at the church for 8 p.m. on Tuesday evening to show support for the Hellenic community. 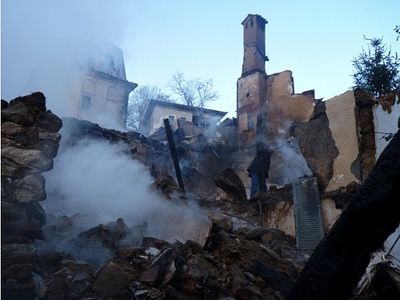 Serres monastery fire damage assessed at 2 million euros On December 13, the monastery of the Holy Forerunner John the Baptist in Serres was severely damaged by a fire, with an estimated damage of 2 million euros. The fire is believed to have been caused by an electrical problem. 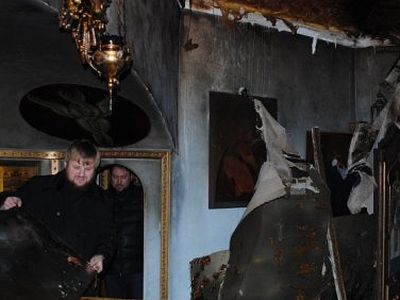 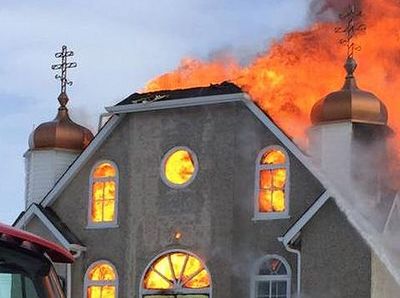