Making Differences Disappear: The Evolution of Science on Same-Sex Households 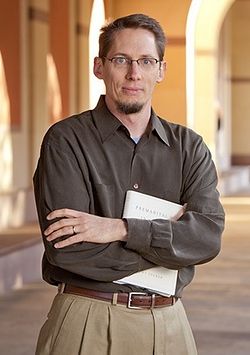 Now that the Supreme Court’s oral arguments are behind us, and the justices have already privately cast their votes about the future (and the history) of marriage, perhaps it’s possible that the social science of marriage, sexuality, and child outcomes can catch its breath. Better yet, perhaps it can operate without the pressure-cooker of politically acceptable narratives.

But after three years, and two separate inquisitions by my own university, I’ve come to conclude that “the beatings will continue until morale improves,” as the saying goes. Or in my case, until I capitulate and admit I was wrong. I’m not above admitting mistakes, but neither am I prone to the sort of reeducation that is being pursued.

And so it is that a Washington Post blog recently covered the release of a study that re-analyzes the data I collected and described back in 2012 in my pair of studies of the adult children of parents who have had same-sex relationships, continuing a contest over the meaning of the New Family Structures Study (NFSS) that’s nearing three years in length now. Social science has become a spectator sport.

In the spirit of (continued) full disclosure, I was even a blind peer reviewer of an earlier version of this study. I didn’t sign off on what appears in print, but I felt—as a scientist—that alternative analyses at least deserve a hearing, for the sake of science.

To their credit, the authors helpfully pointed out a handful of cases that were questionable—respondents whose unlikely answers to other questions (like height, weight, etc.) suggest they weren’t being honest survey-takers. Such a critique is certainly fair and welcome; it's part of the long-term process of cleaning and clarification in any dataset of substantial size. And removing those questionable cases actually strengthened my original analytic conclusions—and the authors say so: “. . . these adjustments have minimal effect on the outcomes . . . these corrections actually increase the number of significant differences . . .”

However, Professors Simon Cheng and Brian Powell do far more than this, and that’s where my appreciation ends—and the recognition of a historical pattern in the conduct of social science research begins. They attempt to plant doubt in readers' minds with claims that my study's methods “arguably are not entirely consistent with the general practices of the field,” which is a longwinded, overqualified way of saying others might have analyzed the data differently, given that people are different. And while I welcome the documentation and removal of a handful of odd cases, it’s a very different thing to suggest that the many respondents who report that they lived with their “lesbian mother” or “gay father” for a year or less are suspect cases, or “misclassified.” They are what they are, and I was very clear about how I classified respondents. Instead, the authors attempt to simplify social reality by problematizing particular combinations of household structures simply because they are complex. Of course, those households that are most stable are apt to fare better, as in fact they do. I’ve even said that under oath.

My study was a basic overview of the data collection project; it’s hard to deceive when you’re simply displaying the basic associations, a practice that Powell and Cheng do not continue. Hence readers are no longer able to visualize the magnitude of distinctions between the adult children of intact biological families and every other group of interest, because they elect not to disclose them.

"Controlling" Away How Social Reality Works

Powell and Cheng “control” their way to few or no significant differences between children of intact biological families and those who spend time in same-sex couple households. How? By sorting respondents according to the stability of their parents’ same-sex relationships, longevity of time in their household, by pooling together married moms and dads with those who eventually divorced or who shared joint custody throughout the respondent’s childhood, and by adding a control for childhood experience of poverty in addition to the income control I had already employed. (Seventy percent of households with a mother, her same-sex partner, and the respondent child received social welfare at some point.) But there are so few stable same-sex relationships in the data that, when analyzed in this way, the statistical power to detect real differences diminishes considerably. Powell and Cheng themselves admit this, and the estimates of difference are hence no longer significant. That’s how one can go from a majority of 40 outcome variables displaying significant differences to just one or two. Had stability rather than instability been “endemic” to the same-sex relationships in the NFSS, I would have split the sample myself!

As a parallel example, I could very probably erase the association between exposure to Agent Orange and cancer in Vietnam veterans, if I were able to control for sustained exposure to heavy forestation in combat zones (meaning, areas most apt to be treated with the chemical). Every shaping influence has apathway by which it does its work. “Control for” those pathways and—bingo—that influence no longer appears to matter. This preference for “explaining away” is standard operating procedure in contested areas of sociology. It’s consonant with the “unmasking” ambitions of many sociologists. As a graduate student, I worked for a time with a professor who analyzed and reanalyzed data until it could sustain the story she wished to tell about it. This practice ignores the key sociological goal of being able to explain how social phenomena actually operate in the real world. And it’s a textbook example of why so many remain skeptical of the social sciences in general, and sociology in particular. The data will often say anything you’d like them to say, if you adjust (and justify) how you analyze them.

What Powell and Cheng do is continue a long line of privileging only a fractionof the social reality of households exhibiting same-sex parental relationships. In that way, they are enacting what another sociologist, Erving Goffman, called “impression management.” (Think Facebook.)

Every social situation involves attempts to persuade others of your definition of the situation. The stock photo of the happy, young, white lesbian couple with two bubbly children that is by far the preferred download of the news media is an example of this phenomenon. It’s also an illustration of what sociologist Max Weber labeled an “ideal type.” It’s not average—it’s an image of what many hold to be ideal. In reality, however, white lesbians are among the least likely among LGBT couples to wish to have children, according to the National Study of Family Growth.

This cheerful, photogenic presentation hides the dramatic inequality that is an open secret of the LGBT community, faulted only among friends. But such inequality remains backstage until political battles fought by (and for the primary benefit of) the wealthiest members of the LGBT community are won. The same goes for the LGBT movement’s annexation of the civil rights movement’s legacy, which—to those who have eyes to see the disparity in power and access between the two—amounts to nothing more than cultural larceny.

What the Data Really Tell Us

Here is what the NFSS (along with the National Health Information Survey) can and does still tell us. These conclusions hold true, whether you read my original study, its follow-up, Simon Cheng and Brian Powell’s new analyses, or crunch the numbers yourself:

- The parental same-sex relationships reported by adult children are not, on average, long-term ones.

- The longer those parental relationships lasted, the better—on average—were the outcomes for adult children.

- The stability afforded by continuously intact mom-and-dad families pays benefits, on average, well into adulthood. They remain the standard against which all other forms ought to be compared.

Some remarked from the beginning that these data provided evidence in favor of same-sex marriage. I can see why. If marriage stabilizes relationships, and stability is valued, then an argument for it can be made. (And while I hold that same-sex marriage is not an entity identical to opposite-sex marriage, I’ve never contested people coming to their own interpretations of the data.) But if child development were simply a matter of resources and stable access to parent figures, we should consider building cosmopolitan kibbutzim. We don’t, however. Because biology matters. And sexual difference matters. And the stable sexual union between husband and wife matters—as remains evident in the NFSS.

The Open Secrets of Social Science Research into LGBT Households

A penchant for featuring ideal types while ignoring inequality among LGBT households is not the only open secret that is observable. There are others. Some aren’t even secrets anymore.

That’s what happens when an empirical truth emerges over time and in multiple datasets, is suppressed and undermined because it’s politically unhelpful, then becomes owned by insiders, and is, finally, slowly introduced with an “of course that’s true” narrative. It’s happened with the robust association between LGBT households and nonheterosexual development in children (a conclusion that is also obvious in the NFSS). I even remember the National Council on Family Relations conference room in which attendees debated each other about just how free they were to admit the association. They left the room committed to owning it.

The same has happened with the association between gay relationships and outside sexual partners—so much so that even the New York Times labeled the story “Many Successful Gay Marriages Share an Open Secret.” Once denied, then admitted, then—slowly—it’s become conventional wisdom. Now we say “of course.” The same is happening with the malleability of sexual orientation,first among women, and next—in the near future—among men. I’m not questioning the conclusions scholars are reaching. I just find the revelatory process around the science here loathsome—politicized, retributive, and personal. The science of just how well children fare in same-sex households—nationally, over time, and in various developmental domains—will take longer than three years and one survey to discern.

Social science was never going to save marriage’s male-female infrastructure. I never presumed it could or would. What it can do—and that’s what I will always love about it—is reveal what is going on. It has a difficult time laying blame or taking credit, because causality is always challenging to discern. I just wish the charged atmosphere could begin to sustain a healthy and fair debate. Not just yet, it seems.

Mark Regnerus is associate professor of sociology at the University of Texas at Austin, research associate at its Population Research Center, and a senior fellow at the Austin Institute for the Study of Family and Culture. 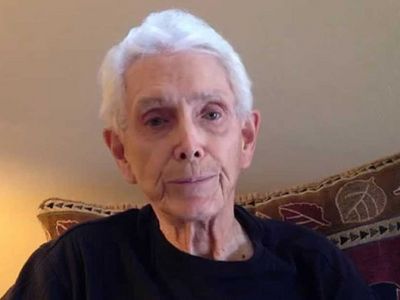 "Sex Change" Surgery: What Bruce Jenner, Diane Sawyer, and You Should Know The dark and troubling history of the contemporary transgender movement, with its enthusiastic approval of gender-reassignment surgery, has left a trail of misery in its wake. 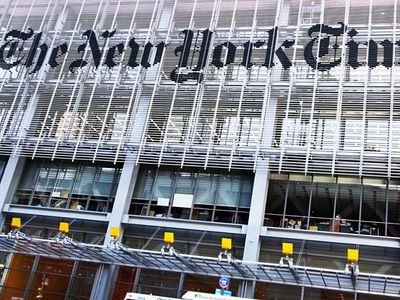 Christian churches ‘must be made’ to affirm homosexuality, says New York Times columnist