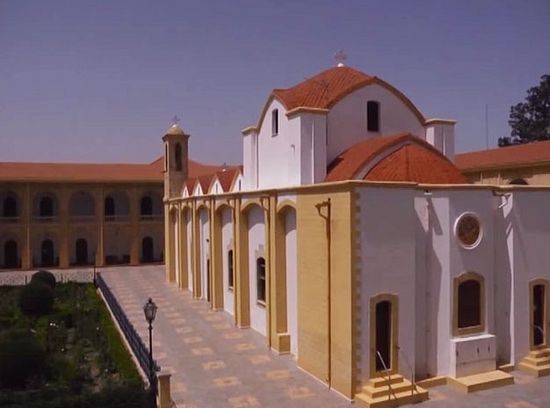 Schismatics in North Cyprus are trying to cash in on the religious sentiments of Russian tourists and pilgrims. An a man ordained by the so-called “Patriarch” Philaret (Denisenko), leader of the Ukrainian schismatic church, has recently started serving in an Orthodox church of the port town of Kyrenia (the Turkish form – Girne) in the northern part of the island, occupied by Turks, reports the Slovo.by Belarusian Orthodox portal.

Services, or, to be more exact, theatrical performances by this pseudo-priest are intended to attract the Russian-speaking tourists and to demonstrate the religious tolerance of the Turkish authorities in the northern part of Cyprus. But this “tolerance” is a lie. 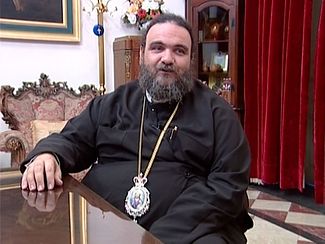 Metropolitan Isaiah of Tamassos and Orinis
More than 500 churches on the occupied part of Cyprus have either been destroyed or desecrated. Metropolitan Isaiah of Tamassos and Orinis (the Orthodox Church of Cyprus) says that the organization of a church community under the direction of a representative of a pseudo-patriarchate in a busy tourist center of Cyprus can only be called a profanation.

“They have acted very slyly,” noted the Cypriot hierarch. “Why haven’t they [the Turkish authorities] invited a real, canonical priest? They did it deliberately. The sacraments performed by this ‘priest’ are not valid. This is all no more than a theatrical performance.” 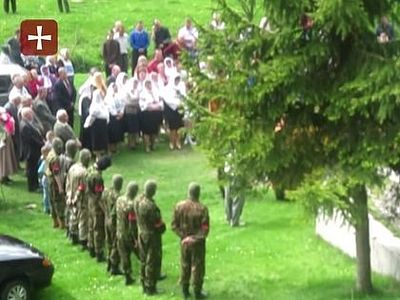 “The Kyiv Patriarchate” and “the Right Sector” are trying to take away a church from the faithful in the Ternopil region Young and elderly women as well as elderly men can oppose threats made by people in camouflage, and the extremists who act with impunity, only by prayer and resolve. Nevertheless, they continue to hold their ground.
Комментарии